The all caps album title is no accident;it’s meant to prepare the listener for a widescreen, full blown concert experience from The War on Drugs.

This live compilation is likely another album that might not have happened without the pandemic putting virtually all shows on hold for at least a year.  TWOD frontman Adam Granduciel and co-producer partner Dominic East used the time to comb through 40 hard drives dating from 2014 through 2019. They searched for the best performances, then sequenced them like a typical gig, albeit at 70 minutes perhaps a shorter one than you’d get in person. The six-piece sounds far larger as their already expansive sound is sonically inflated to fill the arenas played on most of these selections.

There is no doubt that this is Granduciel’s baby;he writes nine of the ten tunes (a straightforward version of Warren Zevon’s “Accidently Like a Martyr” makes an unexpected appearance), takes lead vocals on everything in his Bob Dylan meets Mike Scott (Waterboys) inflection, and plays all the guitar solos (which are plentiful, powerful and impressive) letting the rest of the guys provide solid if generally anonymous support. He’s clearly the spotlight stealing star of the show the way Mark Knopfler was in his Dire Straits days. Only three tracks are reprised from TWOD’s most recent 2017 studio outing with the bulk of the set focused on often lengthened versions of 2014’s Lost in a Dream. The average song runs about seven minutes with two over ten, including nearly 12 minutes of “Under the Pressure.”

There’s plenty of intensity heightened by playing that ramps up the keyboards and guitars to almost Pink Floyd drama level. A mid-show acoustic based “Buenos Aires Beach,” from the outfit’s first release, drifts further into Dylan and even older Springsteen epic territory with lots of lyrics crammed into a melody that meanders pleasantly, urged on by pulsating piano chords. There are also tinges of Avalon era Roxy Music in the dreamy waves of “Strangest Thing,” enhanced by sax and Ferry-styled lyrics like “Now the sky is painted/ In a wash of indigo/ I’ve been hanging on too long/That I hardly know the score.”

LIVE DRUGS with minimal audience feedback and crystal clear, at times thunderous, audio is a thrilling representation of the band, at its back-rows filling finest. It’s a terrific substitute for those who haven’t caught them on stage, or have and yearn to relive the experience. 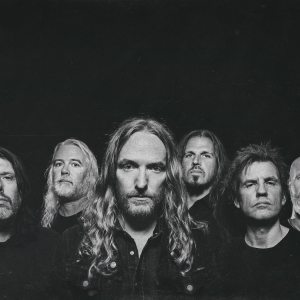 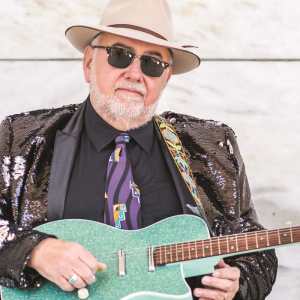