It was a magical combination. The songwriting team of Eddie Holland, Lamont Dozier and Brian Holland, passing their polished gems off to the Four Tops, led by Levi Stubbs’ blustery battering ram of a voice, sweetly contrasted by the smoothness of Duke Fakir, Obie Benson and Lawrence Payton. When both songwriters and group were at the top of their game, as on the searing yet romantic 1967 hit “Bernadette,” the results were quite simply as good as popular music could get.

According to a 2003 interview Dozier did with Hits magazine, he and his songwriting pals might have changed the names to protect the innocent, but the emotional content of the lyrics came from true life. “There were three Bernadettes, and they were all different girls,” Dozier remembered. “We sorta kept that to ourselves that we all had our own Bernadette. We always said, we’d never bring a girlfriend’s name into the songs. We had this hidden thing when the name came up, so we didn’t say anything. So at least two of us were thinking about the Bernadettes we knew.”

When describing the potency of any Motown hit, of course, it is impossible to overstate the importance of the Funk Brothers, the house studio band who, on “Bernadette,” deliver a taut arrangement that heightens the emotional impact of Stubbs’ singing.  The song is essentially framed as a devotional love ode, but it is lent intensity by the perspective of a narrator who is always keeping a keen eye on the other men in the picture, men who would like very much to be standing in his shoes in terms of his relationship with the title character.

“Bernadette, people are searching for the kind of love that we possess,” he sings at the beginning. “Some go on searching their whole life through/And never find the love I’ve found in you.” He is aware of the “envy in other men’s eyes” and “what’s on their minds.” “They’d give the world and all they own/For just one moment we have known.” These lines might seem like hyperbole on the page, but delivered by Stubbs with a peculiar mix of pride and paranoia, they ring piercingly true.

But it’s not just the other men who are desperate for Bernadette. “I need you to live,” Stubbs screams out, again playing up the urgency of the situation. He sees himself as a kind of white knight amidst a sea of evildoers, men who don’t want Bernadette to be herself, but rather to control her. “I’ll tell the world,” he bellows over and over, and it is part beaming pronouncement and part threat to the bad actors surrounding him.

The musical shift in the bridge breaks the tension just a bit, with the narrator waxing philosophical about what it’s all about: “For the only joy in life is to be loved.” It builds back into the main groove, before pausing for one of the great false stops in music history. After a few anxious moments, Stubbs bellows her name with extra oomph, kicking the song back into gear, allowing him to praise her a few more times as “More than a dream” and more “than a woman was ever meant to be.”

The Four Tops took “Bernadette” all the way to the top 5 of both the Pop and R&B charts in 1967. It remains one of their most captivating singles in a career filled with mammoth hits. And it will forever be one of the great songs using a girl’s name as its title, in part because of the innate musicality of that name. But mostly it’s because the men responsible for singing her praises, both the songwriters and the artists, were the very best at what they did. 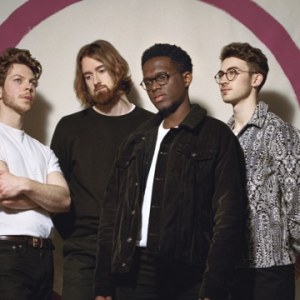 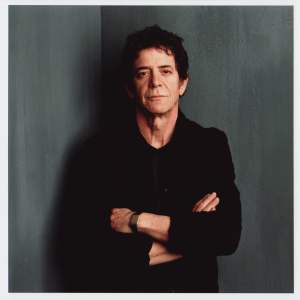