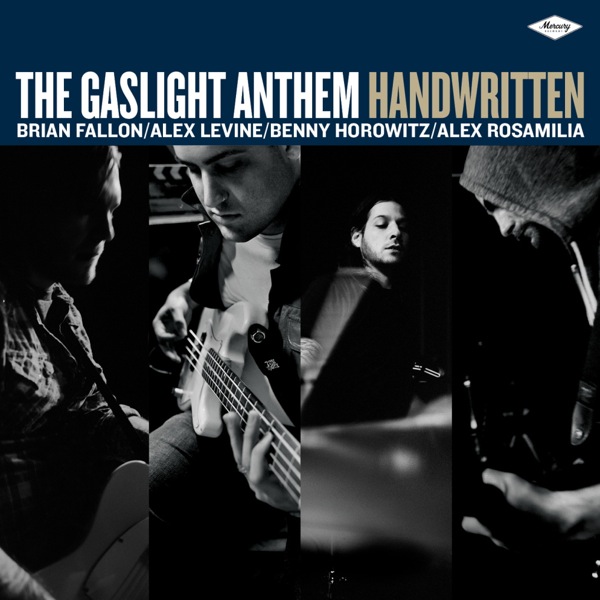 On “Here Comes My Man” – the third track of The Gaslight Anthem’s first album on Mercury Records – Brian Fallon’s heartfelt, gravelly voice sings the words “If I wanted to, I could start over again.” And, for a moment, you might think that’s what he’s trying to do with the 2012 release of Handwritten. After the band’s 2010 release of American Slang, and Fallon’s side project work on The Horrible Crowes 2011 release Elsie – two albums where Fallon was clearly trying to vary his sound and progress musically – it seems as though all those departures (for better or worse) were worth it in the end because they’ve led to The Gaslight Anthem’s most consistent and accomplished album to date in Handwritten.

If Fallon and crew have been trying to live up to the amazing success of their 2008 classic The ’59 Sound, you’d be hard pressed to find a better successor than what they produce in Handwritten. It’s an album that grabs you by the throat with its catchy opening track “45” and never really lets up until the last notes of its final acoustic track “National Anthem.” And when Fallon sings on “Desire,” the ninth tune, that “I can only let you down,” you truly believe that’s probably also the way he felt when every release after The ’59 Sound didn’t appease all the fans because it wasn’t that very same album. On “Mae” – the album’s penultimate track, Fallon sings: “Stay the same / Don’t ever change / because I miss your ways.” It’s probably a sentiment he’s heard from the mouths of fans before, but make no mistake about it, Handwrittenis not the same album (musically, lyrically, or emotionally) as The ’59 Sound. No, no. It’s actually better.

Handwritten is a roller coaster ride you never want to get off, with a seemingly endless string of catchy tunes, hard rock edge, and a familiar grizzled voice that fans have come to love. Produced by two-time Grammy Award winner Brendan O’Brien (Bruce Springsteen, Pearl Jam), the influence is immediately apparent. Handwritten, at times, sounds a little like Tom Petty, a lot like The Boss and, ultimately, all The Gaslight Anthem. There are fast sing-a-longs like the opening track, acoustic-based tunes with instantly recognizable choruses, and even a little electronically influenced fun thrown in, all of which culminates in the instant-classic final track “National Anthem.”

Critics and fans might tell you that the seventh track “Howl” is the album’s best, and the argument can certainly be made – it’s a fantastic tune – but there’s nothing quite like the quiet, acoustic end to a great album that comes in the form of “National Anthem.” This beautiful, heartfelt tune where Fallon tells his listeners that “I already live with too many ghosts” adds an additional layer with orchestral backing and instantly becomes a song that you’ll go back to again and again. Its reminiscent of the very best that Bruce Springsteen has given us, but with enough originality and enough of The Gaslight Anthem’s unique voice to be a nearly perfect song and a fitting final track.

Not only is Handwritten The Gaslight Anthem’s best album, but it’s also one of the best albums of 2012. 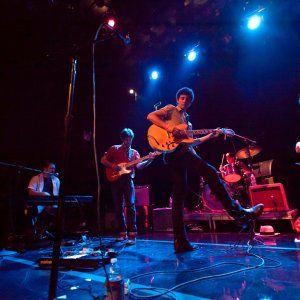 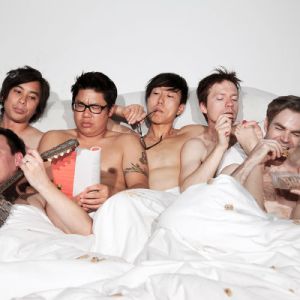