Scott Gorham is the long standing ‘twin’ behind the Irish Rock band Thin Lizzy’s renowned ‘twin-guitar’ sound. Scott’s guitar licks are the first thing you recognize every time you hear the late Phil Lynott’s classic “The Boys are Back in Town.”

So after close to 40 years of talking about ‘twin’ collaborative guitar playing in Thin Lizzy – and his new band Black Star Riders – American Songwriter thought it was time to talk to Scott about his other strength… collaborative song writing.

Can you tell us a bit about “She Knows,” the first song you co-wrote with Phil Lynott after joining Thin Lizzy in 1974?

That was the Nightlife album, and right off the bat Phil encouraged everybody to write. He didn’t want to be the lone ranger, writing guy. He always wanted to be able to write with other people, especially the guys in the band. We were at rehearsal, and we were working out some songs for the first album.  And I just started, you know, banging out that riff that you hear right at the top of the song. It pretty much goes through the whole song. Phil shot me a glance and goes “What’s that?” I said well it’s just a, you know, a chord pattern. It’s a riff I’ve been working on. He said, “Man, do you mind if I write some lyrics to that?” And I said hell yeah! So we, he and I, finished the song, got the verses together, and the chorus and all that.

How about those renowned Thin Lizzy duo-guitar dominated songs, like “Massacre” or “Warrior.” How does the co-writing of those types of almost instrumental pieces come about?

That’s what’s so cool about being a guitar player in Thin Lizzy. Most of the songs are guitar-driven. They are made to be able to solo over. We tried to get a hard driving thing, but always wrote a song with a story – a song that has a point to it. We prided ourselves more in the melodic-driven kind of thing.

What was it like playing and writing alongside Gary Moore?

The guy was such a fantastic guitar player, but you really had to… umm… “keep up” with Gary, if you know what I mean. He was very competitive. It seemed everything was a competition with him. So you got in there – got your competitive juices going also, because you never wanted to get left behind. It was good experience teaming up with him. Your game definitely had to tighten up when you’re working with a guy like that.

Tell us about writing some of the Black Rose album songs, like “Toughest Street in Town” and “Got To Give It Up?”

It was more of a jam kind of thing. I would have a certain riff, and I’d say hey what do you think of this? Gary would say, “That’s really cool, how about if we put this to it?” And he’d tag something of his onto it. And I’d be like yeah cool, and put my harmony line to it. Songs like those on ‘Black Rose’ they just kind of evolved themselves. Phil would always have some lyric going, and he’d ask to change a little bit here, so he could fit a different kind of melody line in there – and we’d accommodate that, yeah absolutely!

You’ve co-written with Brian Robertson, Snowy White, John Sykes, was there anything different in how they collaborated?

Snowy was definitely a Blues guitarist. A lot of his stuff had a Blues-ier kind of feel – which I quite liked. Brian was more flat out. Bluesy also, but he had a harder edge going for him. With Sykes… I think I was too drugged-up to even remember any of that!

How about writing the new album with Black Star Riders. Was that very different than with Thin Lizzy?

Well not so very different. Once again everybody in the band is encouraged to write, and certainly nearly everyone does. The only person who didn’t was drummer Jimmy DeGrasso. But you know Jimmy lays down such a great grove, I am sure that he should have been credited on a couple of the songs anyway. I knew before even starting this album that with Rick Warwick, Damon Johnson and Marco Mendoza, we were going to have at least four songwriters in on this. Hopefully it was going to come very easily for us – and it actually did!

What can you tell us about “Bloodshot” and “Blues Ain’t So Bad,” both yours on the new All Hell Breaks Loose CD?

Scott: On “Bloodshot,” that opening riff there, I’ve had that for a little while now. It just reminded me of some sort of Irish pipes or something, and I just kinda dug it. Its unrelenting groove works out really well live – even better than it is on the record. ‘Blues Ain’t So Bad’, that was actually the first song we put down in the demo studio. I started playing that grove, then Marco Mendoza sat straight down and copied the riff with his bass. Eventually everybody just started to jam on this particular groove I had.

Looking back over your 40 years in the rock band business, it seems obvious that you’re one easy guy to get along with. What do you think makes for a good musical collaborator?

First and foremost Phil Lynott and I became hard core friends. He and I did everything together. At home in London, I’d always go over to his place and we’d go out for dinner. Going out on the road was an extension of the friendship. We became like half-brothers in a way. We were the only two guys in the band ever that could actually argue with each other – for 11 years! Everybody else would come to me with their problem and ask can you bring this up with Phil. I’d say hey, you’re in the band! I think everybody knew that Phil and I were kind of a team.

Over 25 years since Lynott’s death and you are still going out on the road. Are Black Star Riders your new band of brothers?

I would hope so. I just try to treat people in the band the way that I would want to be treated. There is no single star in this band – it’s the band that’s the star. I don’t think there really needs to be the ultimate leader. The difference is when we are Thin Lizzy, I am the go to guy. When it’s Black Star Riders, everybody is the go to guy. It’s more respect from the guys than anything else, because I have been there for such a long time. But in Black Star Riders, everybody’s the boss.

You’ve co-written 24 songs on nine Thin Lizzy albums, now five more collaborations on ‘All Hell Breaks Loose’, is there any one song that sticks out most?

‘She Knows’ actually ended up being the first song on my first album with Thin Lizzy. So, I’m kinda proud of that! I really love that song. It’s one of those songs that is now just lost in time. But to pick one all-around favourite is unfair to all the other songs – and somebody else in the band always says “Hey why’d you pick that one!”

Scott Gorham is presently touring Europe with Black Star Riders. He recently finished working with Joe Elliot on remastering and rereleasing the Thin Lizzy catalogue on CD. True to form, Scott has also just co-written and published a new book ‘The Boys are Back in Town’ with rock journalist Harry Doherty. 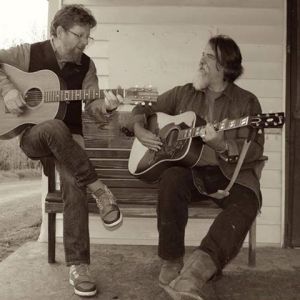 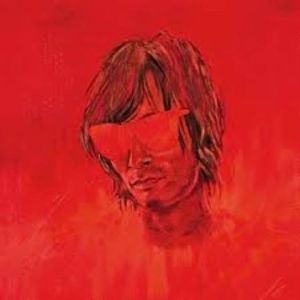