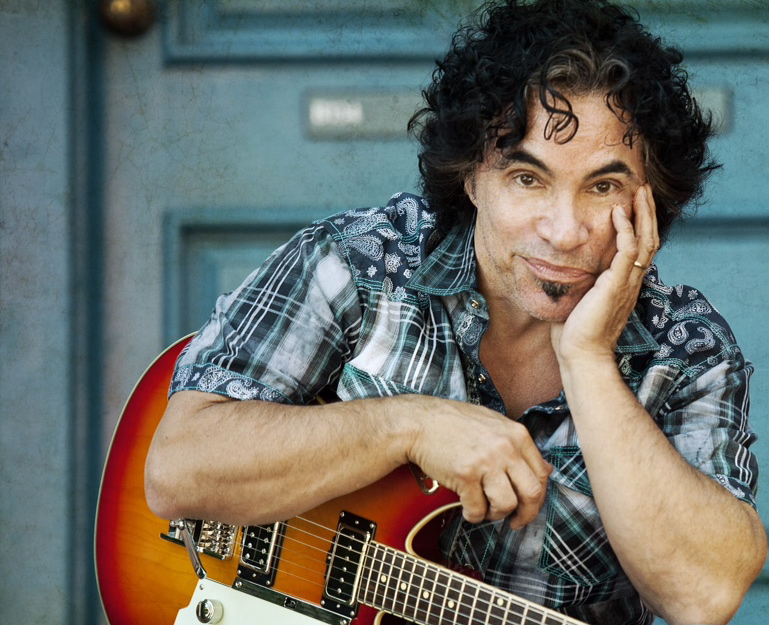 This article was originally published in July 2012.

This month John Oates helps select the winner of American Songwriter’s first Coffeehouse Tour. We talked with Oates about his current work with up-and-coming artists, working in Nashville, and the challenges of building an audience while on tour.

You and Daryl Hall have shown a lot of interest in up-and-coming musicians. Between his webcast, Live at Daryl’s House, and your sit-ins and co-writing with younger musicians, what makes you guys so interested in the future generations of music?

We’re both songwriters at heart, Daryl and I. From the very beginning that’s how our career got started; before we became pop stars and all that crap, really we were songwriters, and that’s how we think of ourselves to this day. We have a great respect for songwriters regardless of if they’re veterans or newcomers. But the newcomers are exciting. As a more experienced writer, someone who has a lot of years and songs under his belt, I feel like I can bring a certain thing to the mix and the collaboration that’s based on experience: certain types of references– of course my references are usually a lot older, but sometimes that can be very hip. At the same time, the younger songwriters bring an energy, and perhaps a new way of looking at things that I might not have. I think it’s a synergy that works really well.

You’ve done sit-ins with everyone from Donavon Frankenreiter to Umphrey’s McGee. What attracts you to collaborating with someone?

Well, because I like them; I like them as people, and I like their music. Donavon is really a cool guy. I love the way his lifestyle is represented in his music, and he’s a good person.The Umphrey’s guys, they’re consummate musicians. I like the way their references are a lot of the ‘80s stuff that I was so involved in. So when I get together with them, they’re recreating a lot of those references for me, whether we’re playing actual classic ‘80s song, or I’m jumping in with them on some more progressive stuff. And for me, it’s a challenge to play with a band like Umphrey’s; I wouldn’t consider myself a progressive instrumentalist. It makes me stretch; it makes me really set the bar a lot higher. It opens up a window to my guitar playing. I always see it as, if there’s nothing positive about the mashup, then it’s not going to work. So I look at how I can benefit and how I can help them.

Do you have any dream collaborators?

Oh yes, so many. In fact I just finished two tracks with a group called Yarn. They’re great, I heard them at Music City Roots. They’re a New York-based progressive bluegrass and Americana band. I wrote two songs with their singer, Blake Christiana. He and I really hit it off, and I think the two songs we wrote are great. I’m very excited for those guys. I’m also working with a really amazing singer-songwriter named Daphne Willis. She’s based in Nashville, originally from Chicago. She has one of the greatest voices I’ve ever heard. She and I have been writing along with her producer, Tim Lauer. We have about five or six songs under our belt. Oh, there’s just so many. I’ve been working with Jim Lauderdale. Jim makes an album about once a week [laughs].

He and I have written a whole bunch of songs, a few of which he has recorded for his upcoming album. I love working with Jim, because he’s such a unique individual. He brings an authenticity, and a certain kind of country sensibility to our collaboration. And I bring a little bit more of the musical sophistication. I think when you bring those two things together, you get a really cool mix.

I’d heard you were co-writing in Nashville. What kind of songs are you working on? Anything in the vein of Nashville?

Well, you know, I don’t try to be who I’m not. I didn’t come to Nashville to put on a cowboy hat and pretend to be a country singer. My attraction to Nashville as Music City is the variety and flexibility: the fact that there’s so many musicians at your disposal, so many amazing studios and talented people that you can draw from. It’s just a very inspiring place to be when you know that at 3 a.m., if you need an accordion player, you can probably find one. I try to be myself, but at the same time I’m learning a lot, and I’m pulling from not only from the well of inspiration that I’m getting from Nashville, but I’m pulling from my roots. I’m pulling from the stuff that made me want to be a musician way before I met Daryl Hall. This was the stuff that I liked as a kid, rural and delta blues, folk, appalachian music, early rock, early R&B. That’s becoming the bedrock of my solo career, but now I’m getting back into some original songs. I’ve actually been on an incredible writing tear recently, just writing like a madman. I have some really cool songs that I’m getting ready for a project down the road. I’m not rushing into it. I put out Mississippi Mile about a year and a half ago, and I put out a live album called The Bluesville Sessions six months ago, so I’ve had a lot of recordings out there floating around. This next one I’m going to do, I’m really going to take my time with, because it’s going to be all originals. It’s something I really want to craft in a certain way.

You’re judging the Fishman’s American Songwriter Coffeehouse Tour contest. What will you be looking for from the entrants?

Quality, quality, quality, quality. One of the things about judging a songwriting contest– and I’ve had a little bit of experience judging for the Aspen Songwriters Festival, which I produce out in Aspen, Colorado, and I helped Jim Lauderdale pick some songs for the Merlefest songwriter contest– sometimes it’s tough to separate the recording from the song. And I think that’s got to be very discerning when you’re being a judge, because you can’t get seduced into liking the record or liking the playing. You have to hear through all of that to the song inside the recording. You know the old saying, “You can dress up a pig, but it’s still a pig.” Sometimes you can make that mistake. You can hear a song that might not have a lot going on, but because of the way it’s presented production wise, and the quality of the recording and the players, you can start thinking it’s a little more than it is. And that’s the kind of thing I look for; I just go right to the heart of the song. Does the music enhance what the lyrics are trying to say? Is it unique? Is it well crafted? Does it bring a new idea or a new voice to a set of chords and melodies? There’s a lot to it, and I’m just going to be as impartial and fair as I can be, and just look for the best songs possible.

It sounds like we have similar values when judging music.

Well, anyone who truly loves music I think has the same values.

The winner of the contest will play ten coffeehouse gigs across the northeast. Can you talk about the importance of building an audience on tour?

As usual, building an audience is never easy. It’s always been tough. You just have to work hard, really. You have to get out there and play a lot of dates. You have to engage your fans; in this day in social media that’s become an integral part of the process. Keep them engaged, keep them interested, because it’s too easy for the audience to move onto something new. They’re being barraged with something new everyday. I think it’s just a matter of making people believe that you’re for real, entertaining them, turning them on, exciting them, and being there for them. Make sure that they know you have a passion for it, and hopefully they’ll buy into that. 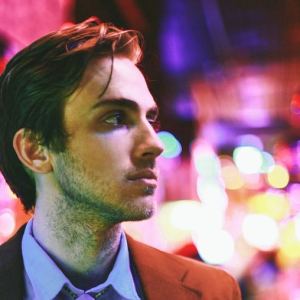 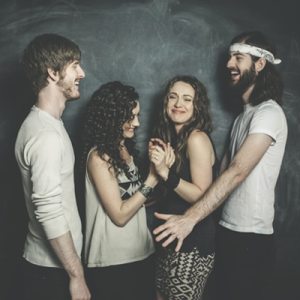