You won’t find many country albums that open with forty-five seconds of trippy guitar chords, but that’s just how New City Blues—the debut record from Aubrie Sellers—begins. The daughter of country star Lee Ann Womack and songwriter Jason Sellers, Aubrie Sellers is carving her own niche in the genre with her self-described “garage country” sound. The record, which will be released on Carnival Records via Thirty Tigers, hits shelves on Jan. 29.

AS caught up with Sellers at Red Light Management on a frigid Nashville afternoon to discuss the songwriting process, her disdain for phoniness and why you won’t find any acoustic guitar on her new album.

You’ve been writing songs for this album for three years. How did you pick which ones made it on the record?

So there are 14 songs on the record. There’s a bunch of songs I didn’t record that I would maybe like to record on a future album, and like you were saying, I had to pick which ones [to include]. Your first [record], for me, [is] a delivery of who I am and my sound. So, I had to make sure I had something that was representative of all those different elements.

[When] something comes to me, whether it’s because I’m sitting down and playing guitar or I just think of a line or whatever it is, it’s usually melody [that] comes first. But then I have to sit down and write it right then, really fast, or I won’t finish it. That’s just how I am. I’m not the person that sits down every day at 10 a.m. and tries to write a song. I just write when inspiration strikes me. And then when I’m co-writing, I’ll write down an idea or record a melody or something, and take it in and finish it with somebody. They’re two different processes. I think when you have somebody else there, it’s easier to finish something. Whereas when I’m writing by myself, if it’s not coming out of me naturally, it’s just not going to happen.

Is that a more frustrating process to work by yourself?

It can be when it’s not coming to you, and you’re like, ‘Oh this is annoying.’ But when it is, it’s great because you can move at whatever pace you want. You can finish a song in thirty minutes, because you don’t have anyone else there to filter you or to bounce off of, you know? It’s really freeing to just write 100% of what you want to write.

How was it working with Frank Liddell as the producer for the record?

Awesome. He’s my stepdad, so at first I think he was hesitant—just because we’re family. It’s kind of weird. Obviously I’ve grown up around him, so I know from his taste and from other stuff he’s done that we would work well together. The great thing about Frank is everybody he produces, he helps the artist be themselves and sound like themselves. Whereas a lot of producers in town are great, but you can tell they produced a record, because it sort of sounds like them instead of the artist.

You describe your music as “garage country.” Can you elaborate more on what you mean by that?

So people would ask me what my music was like, and I didn’t really have anything to describe it because I consider it country, but I don’t really think that tells anybody anything. Because if you listen to my record, you’re like, ‘Oh, well that’s different.’ I have a lot of traditional country influences, bluegrass, blues and then rock. I got that term from garage rock: that sort of trashy, raw rock music. But it’s country, so it’s “garage country.”

One of your big influences is Led Zeppelin, which is probably not who most country artists cite as an influence. What is it about those guys that you like?

They were one of the first bands that I discovered outside of my family’s influence. They all listen to country and traditional music, and I think they had different influences, but they didn’t listen to rock music. I remember somebody gave me Led Zeppelin’s Mothership. I had it in my car, and it was all I listened to for three years. Seriously. Then I went and discovered all their other music, and then Robert Plant made that record with Alison Krauss, which is one of the greatest things ever made. Obviously, my whole record is electric and [Zeppelin]—CCR too—had a big influence. Those bands had a huge influence just on my taste as far as electric guitar and production.

I noticed on your record that there are a lot of guitar solos, which is also something you don’t see a lot of in country music, especially pop-oriented country music. What made you want to focus on the instruments on the record?

Production was probably my favorite part of making the record. I love writing. I love all of it. But production is exciting to me, because electric guitars excite me and I like atmospheric music. I like the guitar solos. I like long intros, long outros. I like having a whole song. A lot of country songs are sort of like, ‘Start on the verse, hit the chorus like eighty times and then end the song,’ and I’m about the vibe and the atmosphere. There’s no acoustic guitar on the whole record. It’s all electric.

Switching gears a bit, you’re unique amongst many musicians in that you grew up around music your whole life. How has it influenced you to have two parents who are successful musicians and to have been around the music scene from such a young age?

The good thing about my family is they were always about the music, and not about all the other stuff, which a lot of people can be focused on. I mean, there are a lot of musicians where you’re like, ‘Are you even a musician, or are you a celebrity?’ That was never the case in my family. It was always about the music. My mom and Frank, they know their stuff, so I have musical heritage. I’ve learned a lot about traditional country and all of that, so musically, I just knew to have your own thing. And also business wise, I can consult them for advice. I can learn from their mistakes and their successes.

You bring up the idea of being famous just for being famous, which is something you touch on a lot on the album. What bothers you about that?

The more overall theme for me is phoniness in general, [which is] something that bothers me. I think it probably comes from the way I grew up. As a child, you’re sort of like an observer and people forget you’re there watching, so I would see how people would behave when my mom would come into a room and then when she was gone. I think seeing a lot of that behavior made me extra sensitive and extra perceptive as far as phoniness and people thinking it’s cool to be famous.

There’s been a lot of build up to the album’s release. What are you most looking forward to once it finally comes out?

I keep telling everybody that’s working with me right now that my goal is [to] make it, however we can do it, where I can be on the road with full band and playing like the record. Just taking that show to people. I’m taking opening slots because I’m new, but that’s my main goal: to go out and play full-band. It’s hard to do today. It’s expensive. Once I’m doing that, I’m going to be really excited.

How do you feel the songs have been translating from the record to shows?

The whole ‘performing live’ thing is a learning process. I’m very about vibe, so the record is very ‘vibey’ and has a certain flow. But I’m learning that live, you have to pay attention to different things, and really try to connect with people face to face, which can be difficult for someone who’s not super extroverted. So I think I’m learning to be that way—or, not even be that way, but learn[ing] to open up a little bit on stage and that it’s okay to feel a little vulnerable.

For people who haven’t heard your music, what do you want them to know?

Some of my favorite records, I listened to and I was like, ‘Hmm’ at first, because I hadn’t heard anything like it before. And then I listened to it a few times and was like, ‘Wow, this is cool.’ I would say what I’m doing definitely isn’t like anything else, but that doesn’t mean people shouldn’t give it a shot. 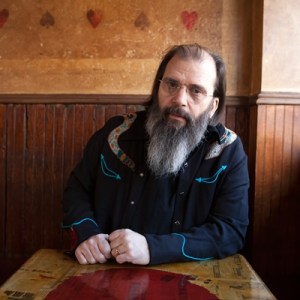 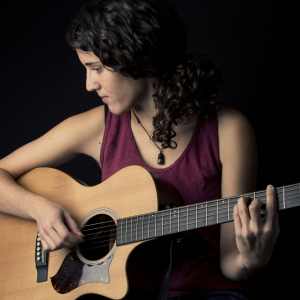