When Cheap Trick guitarist Rick Nielsen joins a recent Zoom video call from his Rockford, Illinois home, he’s strumming a beautiful vintage guitar. “This one’s a 1962 Dwight Coronet,” he says. “I have about 500 [guitars] right now. I’ve owned 2,000 instruments through the years. I like the beauty of them. I’ve traded them and given them away. I’ve smashed them and lost them. I always bought used—I like used stuff because it’s got that mojo from someone else to start with.”

Though Nielsen clearly could happily spend this interview talking about guitars—and he noodles on this one throughout the chat—he’s actually here to discuss Cheap Trick’s twentieth studio album, In Another World, which is being released on April 9 via BMG. The band’s numerous hits earned them an induction into the Rock & Roll Hall of Fame in 2016—and with this new release, it seems that hook-filled songs still come to them with ease: “We probably weren’t even trying to make an album,” Nielsen says. “We kind of don’t do that. We just record: ‘Oh, this would be good with that.’ It was never, ‘Let’s sit down and do an album.’ It just kind of fell together.”

For much of Cheap Trick’s career, Nielsen has been known as their primary songwriter. However, he says that his bandmates Robin Zander (vocals, guitar) and Tom Petersson (bass) took on a larger role in that regard for In Another World, as well as the last several albums. “I used to write everything,” he says, “and then everybody got better at writing songs, and it was easier to let the songs dictate what we were going to do. Then we do maybe one or two takes and that’s it. That’s the freshness of it.”

Cheap Trick’s songwriting process may be a more collaborative process these days, but the fact remains that Nielsen is the one who wrote many of the band’s biggest hits. When asked for advice on how to approach the craft, he says, “If you can, put a twist to something and make it interesting.”

Nielsen uses the band’s 1978 hit “Surrender” to explain what he means: “I wrote that talking about your parents. Every kid I’ve ever personally met [says], ‘Oh, my parents are weird.’ Even if they were straight and narrow, going to church every Sunday.” As he talks, he plays the chords from that song on his guitar. “The first verse, I started off in a B flat, and then I went to a B. ‘Mother told me—yes, she told me…’ Okay, anybody could come up with that. But there was a bit more of a story to it because your mother is telling you what to do. And it’s like, ‘It’s my parents—what do they know?’”

Another favorite technique for Nielsen is “using double and triple entendre.” He continues using “Surrender” to illustrate his point. “Around that time when I wrote that, the Vietnam War was going on,” he says. “There’s a line about ‘Indonesian junk.’ Well, that’s a ship—or it’s black heroin the troops were getting hooked on. Now it’s the name of a band from Milwaukee. So you make it so there’s more than one way to look at it.”

Nielsen’s natural knack for music was apparently inherited. “My parents were both legit opera singers,” he says. “My dad also sang with Billy Graham. He recorded forty albums. I started going on the road with him when I was maybe eight [years old]. And my dad had a pilot’s license, so he used to lease planes and fly all over the place. I’d been in 48 States, Mexico, and Canada by the time I was thirteen.”

In high school, Nielsen began playing in his own bands—but not as a guitarist. “I started out on drums—that was the only lessons I really took,” he says. Soon, though, he became frustrated by hearing his bandmates struggle with guitar parts. “I’d have to get off the drums and figure out these notes that they were playing wrong, and before you know it, I just taught myself how to play the guitar,” he says.

Even though he displayed a natural talent for guitar playing, Nielsen deliberately kept things simple when he began writing songs, choosing not to include many complex chords. He did this, he says, because “When I play, I don’t want to be looking at my guitar. I want to be looking at the audience. I wrote stuff where I can look at the audience and play. It’s worked for me.”

This certainly has proven to be a successful approach for Nielsen and the band: since forming in 1974, Cheap Trick have released a long list of hit singles, including “Surrender,” “I Want You to Want Me,” “Dream Police,” “If You Want My Love,” “Tonight It’s You,” and “The Flame.”

Nielsen says he doesn’t mind playing those songs as the band have undertaken their many successful world tours. “I don’t look at it as like, ‘Here I go again, I’ve got to play this one again.’ We switch it around—we’re not playing the same set every night in the same order. Yeah, we do play “Surrender” and “Dream Police” or whatever every night. But we have four or five hundred songs. We’ve got a lot of stuff to choose from. And the real fans, they really like when we do deep cuts.”

Because of the current COVID-19 pandemic, it may be a while before Cheap Trick can tour extensively for In Another World, but Nielsen says there are some benefits to staying at home in Rockford. “It’s giving me enough free time to reintroduce myself to my family, which I haven’t seen much in the last fifty, sixty years. That’s been interesting, getting to know a couple of my grandsons. And,” he adds, playing one last exuberant riff on the Coronet, “I work on my guitar collection!” 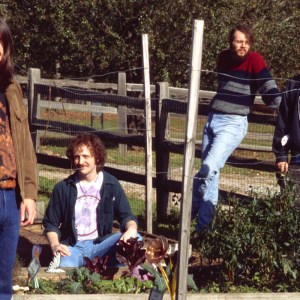 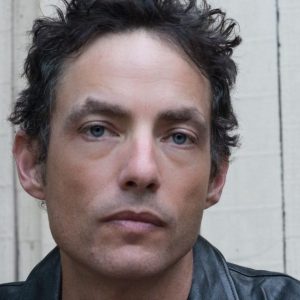