Along with her sister Lauren, Hannah makes up one-half of The Hobbs Sisters, a duo who’s begun to make a name for themselves thanks to their hooky melodies, relatable country songwriting and blissful sibling harmonies. On March 19, they released their newest single: “What If It Was,” a testament to their talents and just how neat of a thing it can be when family members grow up singing together.

“Our grandpa—our Pappaw John—was a big influence on us when we were younger,” Hannah continued. “He played the guitar and the banjo by ear. He loved country music and would always have us sing along to his guitar whenever we visited his house. We also lived right outside of Pittsburgh in a smaller town called Venetia, Pennsylvania, so we sang in the church choir too. We got an introduction to singing at a young age and once we started, we never really stopped.”

The lifelong connection between the sisters can really be felt (and heard) in their music—when their voices come together, the power of the harmony is so strong it can blow your hair back, yet, so precise that the voices still sound like one, with no tension between them. “It makes us laugh because we almost feel like we’re cheating!” Hannah said. “We’re so much alike and our voices are so similar—we’ve just always been in sync. So, when we started making music together, it just felt natural. We never even really thought about being solo artists. We always loved how our voices blended, so being a duo was kinda an automatic thing for us when we decided to go into music.”

Yet, more than just having a biological impact on their chemistry and how their voices blend (which does have a tremendous effect—exhibit A: The Everly Brothers), the sisterhood of The Hobbs Sisters also played an important role in shaping the instrumental sound of the band. While they certainly have modern sensibilities—especially when it comes to the songs’ lyrics—the influence of being raised on late ‘90s and early ‘00s country hits is one of the most endearing parts of The Hobbs Sisters sound.

“Growing up, country music was pretty much the only music our dad played in our house,” Lauren said. “In fact, one of the first CDs I ever remember singing along to was Come On Over by Shania Twain. I could sing that whole thing from top to bottom. I think we actually wore out that copy; I remember we had to get a second one because we listened to it so much. Same with Martina McBride—she was one of the first artists we saw live with our dad. When I think about the powerful female vocalists from that time, well… that’s really the way we learned how to sing. We just tried to emulate Shania and Martina and Reba and all of those great artists. It inspired us to want to write songs, get up on stage and perform.”

And as soon as they got the chance, The Hobbs Sisters started performing. Every chance they could get, actually. From bars to casinos to county fairs, the duo started cutting their teeth, learning the ins and outs of the entertainment business.

“Once we graduated college, we realized that we wanted to do music full-time and make a career out of being songwriters and performing artists,” Hannah explained. “So, we took some time—we went back to Pittsburgh for a couple of years, just got used to playing with a band. We toured a lot up around that part of the country. We got some great experiences going out with a full-band every weekend, learning how to entertain on stage.”

Yet, all while the sisters were touring and slowly building up a following, they were also making periodic visits to another location: Nashville. “Every year, we made a couple of trips down there,” Hannah continued. “We found co-writers, we learned about the environment, we played writers’ rounds and we got our feet wet. We instantly fell in love with the collaborative nature of Nashville and knew that our goal was to move here. So, in 2017, we made the move, making Nashville our home! We’ve been down here, writing and touring, ever since.”

While a lot of songwriters from throughout America have considered moving to Nashville to “make it big,” The Hobbs Sisters are almost like a case study of everything you should do. See, while it can be discouraging to read stories about folks getting writing gigs in Nashville because of nepotism or pre-existing connections, the sisters show an alternative route to go from being a relative “outsider” to being in the rich and vibrant writing community. What did they do that was so special? Well, they reached out, made connections before they moved and continued to be honest and open about themselves. In that regard, Lauren argued, they actually were able to learn even more about songwriting than they would’ve if they had become closed-off or tried to be something they’re not.

“You have to be open,  just throw out any idea that comes to mind,” Lauren said. “We’ve worked with a couple of people who would start the write by saying ‘Hey, whatever ideas you have—no matter how ridiculous or silly it seems in your head—just throw it out there.’ I think when you’re new to songwriting, it can be a little scary to throw out a title or a line. You feel like ‘Oh my gosh, that’s so dumb—I can’t say this in front of people!’ But, when you get to that space, everyone can share and bounce ideas off each other. Not being held-up by being afraid of how your idea sounds really helped me grow as a writer.”

That confidence is apparent on the sisters’ new single, “What If It Was,” which is an almost perfect example of how a silly, little idea can snowball into a great, hit-worthy song.

“For that particular song, it was Hannah, me and our good friend, Sean Swenson,” Lauren began. “We had met Sean a couple of times and had written with him before and he came in like ‘Hey, I have this cool idea for a song called ‘What If It Was.’’ He had a little melodic riff that went along with it. We loved it—it was so catchy and fun to sing. We started talking about the title and the idea that you break-up with someone or a relationship that meant something to you ended, and you can’t help but be haunted by those ‘What if?’ questions. ‘What if we had done things differently? What if we hadn’t broken up? What if things had worked out between us?’ We felt like it was a really relatable idea and it was something pretty fun to write about.”

After playing with the idea for a few hours, the trio of writers were pretty pleased with their results. “The song came out fairly quickly—we finished it that day,” Lauren continued. “That’s how a lot of our sessions go—Hannah, me and one or two co-writers here. We’ve been so fortunate to have met so many amazing writers in Nashville before we came here. Prior to that, we pretty much just wrote together, the two of us. That was good, but I feel like we’ve grown so much just by learning from other amazing writers here in Nashville.”

That open and collaborative spirit was a big ingredient in how The Hobbs Sisters have risen to their current position in the exciting, ever-evolving world of country music. From writing sessions to opening for the likes of Lady A, Charlie Daniels, Brett Eldredge and more, it seems like a lot of the sisters’ childhood dreams are coming true. Yet, much like the genre itself, the sisters strive to retain a little bit of that old, classic element of storytelling, even as they add a twist of “new” in there.

“We fell in love with country music because of the authenticity of the story-telling,” Hannah said. “Even if the concept of a song isn’t applicable to you directly, you can still relate to it and understand those emotions. So, I think that when we’re going into a session—whether it’s a title or an idea that we brought to the table or something our co-writers throw out—if you feel something from it, then we’re interested in writing that song and seeing where the emotion goes. That authentic emotion in country music is why so many of us fall in love with it to begin with.”

And it’s that authentic emotion that keeps people coming back to The Hobbs Sisters too. On the front lines of a new, younger generation of writers in Nashville, the duo is emblematic of the unwavering resolve of country music. For as long as folks are out there, living lives, playing guitars and singing with their friends and families, there will be stories to be told.

The Hobbs Sisters’ new single “What If It Was” dropped on March 19—Check out the premiere of their new video below. 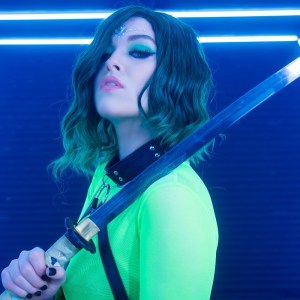 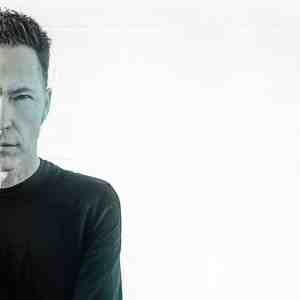