The term ‘supergroup” is often an overused term, one used to characterize any gathering of storied musicians whose previous credits combine to constitute an all-star assemblage of some sort. That adage became part of the popular lexicon in the late ‘60s, as Blind Faith and Crosby, Stills, Nash, and Young came to personify an exceptional combination of veteran musicians in search of new challenges. In the decades since, there have been other examples, but the headlines aren’t quite so bold and the dazzle of superstar significance seems to have paled in the interim.

Notably then, the reference ought to find new usage with the emergence of Quarto Valley Records recording artists The Immediate Family, a group consisting of some of the most accomplished studio and support players to ever grace scores of classic albums released over the course of the past fifty years. Comprised of guitarists Danny Kortchmar, Waddy Wachtel and Steve Postell, bassist Leland Sklar, and drummer Russ Kunkel, the band’s collective credits include backing the likes of Jackson Browne, Carol King, David Crosby, Graham Nash, Linda Rondstadt, Don Henley, James Taylor, Warren Zevon, Stevie Nicks, Phil Collins, and literally hundreds of other musical legends who have continued to grace the airwaves, stereos and iPods over the span of the past five decades. Postell, the proverbial new kid on the block, a self-proclaimed journeyman, solo artist and in-demand studio musician, also comes with a resume that makes him a fine fit.

Although Kortchmar (or “Kootch” as he’s popularly known), Kunkel and Sklar originally played together some 30 years ago in a jazz-flavored instrumental outfit that referred to itself as The Section, The Immediate Family’s stated intent is to advance a pop palette that’s similar in style to the sounds they created in support of their previous employers.

“Me, Waddy, Russ, and Leland have been playing together forever,” Kortchmar suggests. “So it came together very easily. We recorded 17 track in three days. Two or three takes and it was done. There’s a telepathy that happens when you’ve been playing with guys for a long time. You gotta know what they’re going to do and when they’re going to do it, So you’re starting on a high level.”

“Those guys have played on every record I’ve ever produced,” Wachtel notes. “We’ve been playing together since the early ‘70s. They originally asked me to play with the Section. I said to them, ‘You know, you guys have played on more hit records than anybody in this town, but you choose to play this jazzy kind of stuff, this instrumental kind of stuff, and I am not into it. But if you ever want to do songs, with vocals, let me know because I’m ready. So eventually we all came around to being the Immediate Family together. Now we’re doing what I suggested — playing songs.”

“The Section and The Immediate Family, in spite of similar personnel, are two very different entities,” Sklar explains. “The Section was Danny, Russ, (keyboardist) Craig Doerge and myself. We were instrumental. And it was decades ago. We all have continued to see each other and work on projects together. The Immediate Family is a very different entity. There’s no keyboards but there are vocals. It was to an extent logical to do this, for we all work together on a regular basis. Just felt like the perfect vehicle for us all.”

Their initial effort transitioned out of a solo album Kortchmar recorded for release in Japan with support from Wachel, Postell, Sklar and Kunkel, a backing band he dubbed and co-billed as The Immediate Family to honor the fact that these musicians share a collective familiarity and association that’s been intrinsic to each of their careers. Their set list included covers of classic songs that they’ve been associated with through their session work over those many years. The group solidified their stance by releasing a live album for the Japanese market followed by a new studio set of original material that will hopefully see a U.S. release early next year.

“When we were in the studio cutting Danny’s solo record, he said to us, ‘Guys, I can’t do this alone,” Wachtel recalls. “And everybody said, ‘Well, okay…”

“I thought, ‘What about the guys?’,” Kortchmar recalls. “Fortunately, everybody was available. So once we started playing together, it became apparent we should do more as a band. So it was supposed to be a solo album but I put it out as ‘Danny Kortchmar and the Immediate Family.’ I always loved being in bands, and none more than this one for sure. These are my best friends and among the greatest musicians ever. We just said, let’s do this. We’re very excited and happy to do this together because we love each other a lot.”

“The name represents what we are, a family that’s close,” Kunkel explains. “We have worked on so many projects together over the years that it was just a natural progression to be in a band together.”

“We are that,” Kortchmar insists. “It was a no-brainer. It’s so obvious that that is what we are. It came together very easily.”

Postell’s history didn’t go back as far as his bandmates, but nevertheless he was acquainted with them individually. That allowed for a certain familiarity factor. Of course he was aware of their resumes, having followed their careers while also pursuing his own. “It was very obvious that the five of us had a real connection and a vibe,” Postell remembers. “It worked. It was one of the more organic things that has ever happened in my career. It was sort of an obvious thing. And when you’re playing with these guys, you really have to be on your game. I can practice harder, I can focus, I play better, so that my contribution is the best that it can be.”

The group is offering a taste of what’s to come with a new single, “Cruel Twist,” a track that boasts an instantly infectious groove, a hint of insurgency and a knowing sense of pure rock and roll propriety. It’s as impressive as their combined credentials should suggest. Playful in a certain sense, and yet deserving of being taken seriously and perhaps even ceremoniously, the song provides a hopeful indication of what this talented ensemble have to offer. Granted, at three minutes and thirty eight seconds, it’s merely a small hint of the full promise of what their upcoming album will likely deliver, but so too, there’s no mistaking the inherent drive and determination this group of seasoned sideman have at their command.

“We are writing original material,” Kunkel continues. “We write together and individually. Danny might start a song, then bring it to Waddy and Steve for their input. Or I might have an idea that I share with everyone. In general, we all have some input in the writing.”

Kortchmar describes the group as “a cover band that does original material.” Kunkel agrees, “Danny and Waddy have written very successful songs with James Taylor, Warren Zevon, Jackson Browne and Don Henley,” he explains. “We do our versions of these songs in our shows — “Honey Don’t Leave L.A.,” “Somebody’s Baby,” “Werewolves of London,” “Dirty Laundry,” “Somebody’s Baby,” “All She Wants To Do Is Dance,” etc.

There will be other payback as well. Jackson Browne, James Taylor and Michael McDonald all appear on the band’s studio debut.

Not that these seasoned musicians need any outside help. “We didn’t have to double think it,” Wacthel observes. “Having three guitarists can be tricky, but Danny and I have played together since God knows when, so we know exactly how to play together. And Steve bridges that gap. He finds a way to fit in exactly where we are. It works very well. We know that this can’t be a second rate band. It’s got to be up to the standard we have set for ourselves.”

That said, Wachtel also acknowledges that are certain expectations the band will need to meet given the high bar the individual musicians maintained in the past. “That’s what we’ve done just by being us,” he suggests. “So now when we put it out there, people are going to expect it to be good. But we’re getting great response with every show we’ve ever done.”

“Everybody in the band has very high personal standards,” Kortchmar says. “I know I do. It has to be terrific to get me going. I have to love it, not just today, but over a long period of time. Iall have very high standards — we all do — but it’s not based on what I’ve done before, it’s based on what I am and who I am.”

In fact, they’ve had plenty of practice. Postell notes that before the pandemic struck they had played approximately 40 shows, and 38 of them were sold out. “We’re aware that people expect a lot,” he maintains. “But we feel very good about it. I think it’s even better than what you might expect it will be.  It doesn’t feel in any way like an oldies project. There’s a lot of energy. When people come see us, they’re always more impressed and excited than they thought they would be.”

Once the current crisis passes, the group plans to resume gigging. Wacthel says that they were in the process of setting up tours when the pandemic put everything on pause. Hopefully however, things will resume next year. Despite the fact that each of the members are still in high demand as sessions players, those efforts will have to be put on the proverbial back burner in the interest of sustaining the band brand. “It’s a hard thing to turn away from,” Wachtel concedes. “It’s going to be a bit of a juggling act, but it’s worth it to us. This is the band all of us always wanted to have. It’s worth devoting our lives to it. It’s not fucking around time.”

“We’re really trying to make The Immediate Family our first and foremost priority,” says Postell. There’s nothing any of us would rather do right now than to be on the road together right now.”

Sklar concurs. “I’m with a group of gifted musicians and friends I have for the most part known for half a century and I still love being with them,” he concludes. “It’s a rarity in this world.”

“I’d like to see this band become very successful,” Kunkel adds. “I would love to have our music be enjoyed all over the world.”

“If you haven’t heard of The Immediate Family yet, You’re gonna,” Wachtel suggests. “It’s the greatest group ever. So fuckin’ great. It’s just a really tremendous band.”

“It’s an incredible thrill at this point in my life and in my career to be playing with my best friends, playing music that’s our own,” Kortchmar reflects. “It’s just great.” 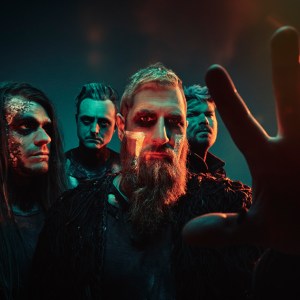 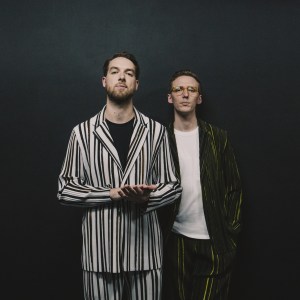