DED frontman Joe Cotela could definitely be a life coach or motivational speaker sharing all the positivity put forth by his band.

DED holds strong to their metal roots and loves being a hardcore group that head-bangs and screams, but they work equally as hard to foster positive messages and a need for change into their music, specifically on their latest single “A Mannequin Idol (Lullaby)” which draws on ideas of consumerism, fakeness and knowing what you stand for. The single comes off their micro release Mannequin Eyes, which included a second song “Eyes Sewn Shut”.

“It represents a handful of things, ultimately the lyrics behind it are my view on things” Cotela told American Songwriter about the single. “I put music over looks and it’s about consumerism, what we support, what we get behind and identify with. It references music, but it’s deeper than that, it’s about false gods and all that stuff and taking a step back and looking at who you are and what’s important to you and what you want to stand behind.  It’s all about being an individual and being yourself.”

DED’s message is clear but also subjective and fluid.  The lyrics can be adopted for a vast amount of meanings and have the ability to speak volumes to different people and different ideas. But the shouted need for change and positive force in the world is constant in their music.

“The difference between who you are and who you want to be is what you do,” the frontman said.

Cotela laid out the ways in which everyone can become capable of change and made it easy with a few examples that anyone can incorporate into their daily life.  And it all starts with changing habits.

“It takes three to four weeks to create or break a habit,” he said. “You can create good habits for yourself, you can read, research things- knowledge is power ya know- you can separate yourself from toxic situations you might put yourself in with people or substances, whatever it is. It’s just picturing who you are in your mind and being it and embodying it.”

These messages have become an echoed essential for the current crisis’ in health and politics.  Second to injecting uplifting notes into their music, DED pursues to reach as many listeners as possible, while also capturing their talent as songwriters just as much as their ability to rock out and incite change.  To achieve that goal and broaden their audience, they revamped “A Mannequin Idol (Lullaby)” and gave it a new face with an acoustic rendition.  It was a real opportunity to display a powerful song in another light.

“We’re all such huge music lovers, we love all kinds of music, I was listening to blues all last night and Tom Petty, CCR and Eagles recently, just everything on the spectrum of songwriter to heavy,” Cotela said. “I think being able to showcase that we can write acoustic songs with a little bit of hip hop in it is just cool to show people that were not just a screaming, mosh-pit band.”

“As much as we love that stuff, we have a lot of different angles we can attack, “he added. “To me it shows the song more, you hear the lyrics more, it gives it a melancholy feel. It’s interesting to flip such a heavy head-banging song into something more listenable for a broader spectrum of people. But it’s so chill and has a kind of summertime feel to it.  I’m so happy how it turned out.”

DED’s versatility doesn’t end there. The group is always evolving and mixing up their writing techniques. Hailing from early beginnings when they would write by jamming in one room together, the group now opts for an improved studio experience when recording and writing.

“Our songwriting is always varied,” Cotela explained. “But I’d say the core beginning of things is usually David in the studio, he’ll usually riff some stuff out on guitar. We’ll write some riffs and send it over with some groovy drums and tasty stuff on it and kind of create an atmosphere and go from there. Sometimes I’ll write a chorus on guitar with chords, but it’s usually someone getting a song down and chipping away at it. And it’s usually in the studio. About four or five years ago when we first started, we wrote in a room together which was cool but now we’ve got more into the studio style of writing. There’s benefits to both.”

“At the same time going in the box or on the computer is great too, because there’s other things you can do that you can’t do in one room,” Cotela said.

To support DED’s established songwriting ideas was producer Kevin Churko, best known for his work with Ozzy Osbourne, Disturbed and Five Finger Death Punch.  DED described working with Churko as amazing and that his knowledge in music theory and melodies gave them a whole new arsenal of “weapons” to work with.

“He just knows everything,” Cotela laughed, “it’s an honor to work with someone like that.”

Churko also put his mark on DED’s forthcoming full-length, a letter addressing the same themes of positivity and hope.

“A Mannequin Idol (Lullaby)” and “Eyes Sewn Shut” featured as the micro EP Mannequin Eyes will get their right place on the upcoming album as well as soon as the band deciphers just when and how to appropriately release the work.

“We’re starting to gage a better idea of how the rest of the year may lay out, but it’s recorded and finished,” Cotela said. “Most of it is positive themes even with the language and all of that. It’s ultimately a frustration of wanting things to be positive. Metal and rock might sound dreary but it’s usually because of a want for positivity and I think that’s why it’s such a great platform for that.”

DED’s next full-length will be out later this year and until then you can get your daily dose of head-banging paired with aspiring messages and reflective, thought provoking prompts on “Mannequin Eyes” and DED’s 2017 debut Mis-An-Thrope. 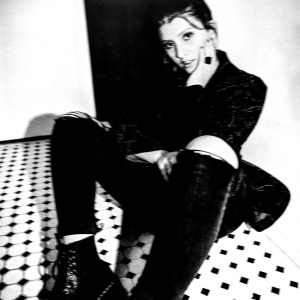 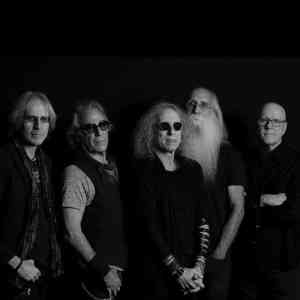