While pretty much anyone making music nowadays has been, and likely still is, pining for the days before live entertainment came to a halt, Fredericksburg, VA’s Karen Jonas is embracing days past for reasons a little less despondent and a little more warmly nostalgic and old-fashioned.

Premiering today on American Songwriter, “The Last Cowboy (at the Bowling Alley)” is the newest single from Karen Jonas’s forthcoming fifth album “The Southwest Sky and Other Dreams,” due for release on August 28, 2020.

A hard worker who has been forging her own musical path as a fully independent artist since her 2014 breakout, “Oklahoma Lottery,” Jonas’s take on vintage American roots country in “The Last Cowboy” definitely aims to take the listener back to years with less digital freneticism and more of the classic small community bonding that pervaded towns with cherished gathering spaces. After all, when was the last time a group of teenagers clamored for socialization at a local bowling alley or video arcade? Sure, the main protagonist of the song isn’t an adolescent but the sentiment of relishing a place of far less common present day appearance resonates all the same. In fact, the impact of Jonas’s good-old-days narrative takes on even more weight because the cowboy in question is an older figure who remained behind while all his peers moved on.

Particularly with the latter verse written above, though it’s minimal with words, Jonas presents a clear and believable scene. Envisioning a man who – as is evident by the year of his apparent heyday – has been sticking around town for decades, the well-worn aesthetic of “The Last Cowboy (At The Bowling Alley)” is captured and projected in multiple ways. While the lyrics indicate a long passage of time, there’s an accompanying setting that forms in the mind’s eye, of everything from dated wall colors to now out-of-fashion seating upholstery, to the natural sounds of analog machinery that keeps a place like a bowling alley up and running. And as fate would have it, the bowling alley in the song is based on a real life bowling alley in the Yucca Valley that Jonas was inspired by, which also happens to have a star-studded history that goes even further back than 1972.

“Pioneer Bowl was built in the mid 1940s along with the rest of Pioneertown, a tiny town on the edge of the Yucca Valley built as an Old West set for the booming Western film industry. It was the hangout of the stars, Roy Rogers himself rolled the first bowling ball down the lane there. I had visited Joshua Tree and Pioneertown (though not the bowling alley, regretfully) with a boyfriend many years ago. Themes of the Southwest were already featuring heavily in the material for this new album, which hadn’t yet been named The Southwest Sky and Other Dreams. I knew then that he was the Last Cowboy at the Bowling Alley there in Pioneertown. Bonus? Bowling Alley rhymes with Yucca Valley, at least mostly. I sat down and wrote the rest of the song.”

Sonically, Jonas and her backing group of upright bass, drums pedal steel and, most prominently, guitar from bandmate Tim Bray, then bring all of this imagined reflection together. Jonas’s smoothly delivered singing and organic touch of vocal twang ensure the lyrics literally slide in effortlessly among the rest of the musical parts. The band’s collective music moves at a gingerly pace, with the central rhythm being propelled by a slow, syncopated, three beat gallop of a pattern. This easy going groove further solidifies the idea of wading in the thoughts of times gone by. The naturally wallowing long tones of the pedal steel also mesh well with this mindset, as does Bray’s finger style guitar work. Though the tone of Bray’s guitar strings is notably thinner and more piercing, thus seeming to cut through the mellow melodic ambiance created by the rest of the group, the specific timbre (and to a lesser extent, the momentary off-pitch note slide he does in the opening few bars), actually projects the kind of sound character expected from an acoustic, flamenco guitar and so only adds to the thoughts of a relaxed guitarist (perhaps even the cowboy bowler during his non-playing hours!) plucking away on a back porch. and, again, bringing in that idea of small community characters and familiar personality.

The whole concept of “The Last Cowboy (at the Bowling Alley) might be steeped in the past but its fixation on such is nothing but endearing. If what’s to come on the rest of Jonas’s album reinforces this sentiment, listeners are in for quite the enjoyable musical chapter.

If you dig Karen Jonas, support her with a purchase. Check out her site for the latest tunes and merch. 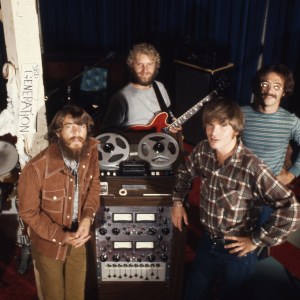 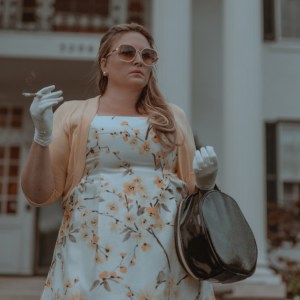