Colleen Orender has a knack for fusing blues with modern pop. Her influences truly run the gamut, from Judy Garland to Bob Dylan and even Joe Jonas’ DNCE outfit, and planted at the core of such an eclectic musical mix is her silky soprano. Her chops are not more evident than with her new single “Run Right Back to You,” premiering today, and it’s funky amalgamation feels both like a classic standard and should-be chart smash today.

The song, sampling her new album, The Company of Older Men, is the only entry she did not write herself. Written by her producer Michael Davey (Martina McBride) and Tyler Hayes (Hilary Duff, Rob Thomas), “Run Right Back to You” peppers in brassy trumpet (courtesy of Davey) against a slick backdrop. “The beat was infectious, and after I heard it for the first time, I knew I had to record it,” Orender tells American Songwriter. “We actually just decided this year that it would be my second summer single. I was influenced by Donna Summer and Gladys Knight when I approached this song. The hits at the top of the track reminded me of the James Bond sound we were writing, and I fell in love with it.”

“No matter what I say or do / I keep running right back to you,” she sings. She picks apart a hypnotic web of a relationship, one that’s likely toxic for her but the draw is far too intoxicating. “I run right back to you.”

“Run Right Back to You” could very well be an Adele b-side. There is an inescapable adult contemporary-meets-disco sparkle to the production, an apt showcase for her rich, genre-morphing vocal tone. “We crash and burn / But we both take the ride / Don’t mind the fall, no / Cause we get to fly,” she coos.

Originally from Tampa, Orender grew up on a diet of BB King, Etta James, and Bonnie Raitt, and her sensibilities on record certainly borrow from such greats. Through her countless years touring as a jazz and blues musician, often calling to Billie Holiday and Patsy Cline, she reworks her experience into a wholly unique and charming sound, as the listener will soon discover with her new album.

The Company of Older Men, slated for later this year, “has been a long time coming. I started writing the lyrics and song ideas on the backs of bar napkins and recorded voice memos over the years while I was on tour,” she says. “I had to record and write in my short time at home when I wasn’t working.”

Early on, she phoned up her close friend Nikki Williams (Demi Lovato, Lauren Alaina) to fine-tune one of the first songs, “Don’t Give a Damn About Love.” That’s when Orender entered Davey’s studio, and during that initial session, Davey built the sonic waves up around her towering vocal. “We knew we had something special. We decided to work together and finish all of the songs I started writing. I wrote all of these songs about my relationships and conversations I’ve had on my journeys,” she explains.

Listen to “Run Right Back to You” below.

Colleen Orender · Run Right Back To You 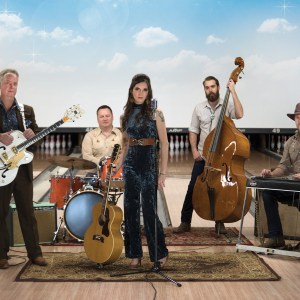 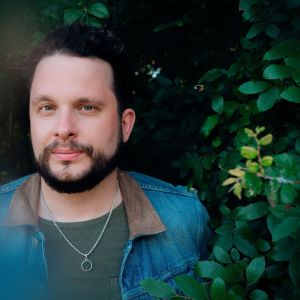