Great power lies in the hymn. “We sing to each other of our pain, loneliness and fear, topics we would hesitate to admit flat out in gatherings after services,” author Bill Henderson once wrote. “We also sing of love, grace, trust, hope, peace, sentiments that are left out of the usual daily patter. We sing words that matter to us.”

Hymns soothe our wounds, natural healing agents and harbingers of warmth and light. Regardless of religious affiliations, or lack thereof, there is hope, comfort, and understanding to be gleaned through a hymn’s beauty. Americana three-piece The Lone Bellow thread their new album, Half Moon Light, with “The Eastern Gate,” a classic 1905 hymn written by Isaiah G. Martin, as performed by lead vocalist Zach Williams’ grandmother at the funeral of her husband.

The hymn crops up as the “Intro,” the “Interlude,” and the “Finale,” and each piece reconnects the listener to a journey into, through, and eventually out of unimaginable tragedy. Death, trauma, and sorrow are thematic strands wound through the group’s most imposing performances ⏤ from “Wash It Clean,” in which musician/songwriter Brian Elmquist attempts to reconcile a tenuous relationship with his father, who died last year, and “Just Enough to Get By,” featuring an outstanding vocal performance from singer/songwriter Kanene Donehey Pipkin.

“You know, people, they will believe / Only what you let them see / So, tell them what they want to hear / How much better that you feel,” Pipkin drags her voice along the piano. The song, baked in gnarly blues-rock, was written about Pipkin’s mother, who was raped at 19 and then sent away to have the resulting baby. 40 years later, the baby ⏤ now a 40-year-old woman ⏤ re-entered Pipkin’s life, and Pipkin faced deep introspection and truth-seeking turmoil. Pipkin’s vocal performance, as much as the lyrics themselves, soaks in anger, hurt, frustration, and sadness.

Those emotions run hot and thick throughout Half Moon Light. The band tug the listener through various other heart-rending personal stories – from the death of both Elmquist’s and Williams’ grandfathers (“I Can Feel You Dancing”) to unconditional friendships (“Friends”) to the tragic passing of Frightened Rabbit lead singer Scott Hutchison (“August”). “A hand to hold / There is love all around you,” offers Williams on the latter, which was written by Elmquist as a letter to The National musician Aaron Dessner. “August came, and my mind’s made up…”

With “Illegal Immigrant,” Elmquist was floored by one immigrant mother’s unrelenting search for her infant daughter after being separated at the border. During a highly-televised press conference, the woman spoke these words into the microphone: “I promised I’d find you wherever you are. Here I am.” Her spirit struck upon something powerful, and the band poured such heart back into song. “Traveled so far / Wished on a lone star / Caught in between / A storm raging before us / Walls can not hold us / From sea to shining sea,” sweetly sings Pipkin.

The Lone Bellow stands as one of the most consistent bands of the last 20 years. Across Half Moon Light, the trio ventures outside their usual musical box, alongside producer Dessner (the man behind 2015’s Then Came the Morning), to provide richer, poppier, and bolder textures. Yet it is never at the expense of their lyrical bite. Despite all the pain and suffering they and others have endured, showcased here in a stunning display, they allow ample room to celebrate life (“Good Times”), find strength in one another (“Count on Me”), and rediscover the beauty within themselves (“Martingales”). Never once do they lose their sense of wonder. 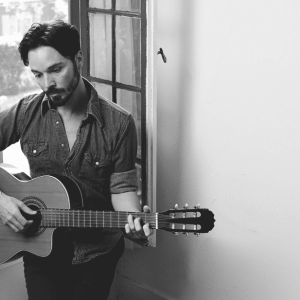 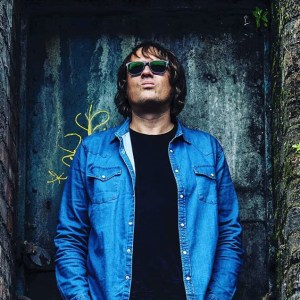