Experimental folk duo, The Lowest Pair, shares “Too Late Babe” from their forthcoming record, The Perfect Plan. The Lowest Pair is the product of serendipity. Described as kindred spirits, Kendl Winter and Palmer T. Lee met on the banks of the Mississippi between festival performances in 2013. Winter’s Arkansas roots tangled with the punk influence of her time in the Pacific Northwest drew Lee in. With a banjo he built himself and stage experience in a Minneapolis string band, Lee knew he had met his match.

“Too Late Babe” is about learning to let go, and trying to organize emotions accordingly,” Winter remarked. “I am not particularly good at it, so I write a lot of songs as attempts to will my heart into service.”

The Perfect Plan is the banjo duo’s sixth studio release together. It follows the release of both Lee and Winter’s individual solo albums in 2018. The production brought them back together in Omaha, Nebraska, where they recorded a 10-song set with the guidance of producer Mike Mogis at ARC Studios. Mogis introduced a slate of session players that elevated their simple folk to electric Americana. Out of reverence for folk tradition, Clawhammer Banjo and Acoustic Guitar remain vital to their expanding soundscape.

With gentle nods to Winter’s punk past and the addition of contemporary twang to traditional instruments, the album forges new paths for the band. Winter explained Mogis’s production of “Too Late Babe” gives it a “sparkly groove.” The driving jangle of the song embodies Mogis’s creative intentions with the record. “I love the effects on Palmer’s banjo,” Winter remarked.

The Perfect Plan is masterfully crafted. Each track weaves between idealism and reality to reveal the many faces of truth. “Hearts have so many narratives and coping mechanisms, and stories change over time. I think the record reflects the shifts of a story,” Winter explained.

The emotional investment into this labor of love depleted the duo’s creative energy. In anticipation of the record release, Winter headed to the bottom of the world replenish this essential resource. Stepping out of the music community, Winter went to work at a scientific research station in the South Pole. She left her mark on Antarctica as the winner of the Annual South Pole Marathon, setting a time record in the women’s division in -36 degrees, at a pressure altitude of 10,300 feet.

“It’s very different than living the musician’s life of road doggin’ and performing all the time,” she shared. “It was the first time in a while I’ve held still. I met and made friends with a group of people that wasn’t based around music. The small community is incredible; people from all over the world with different reasons they’ve ended up here.”

Lee headed north to a cabin in the hills of Wisconsin. Visiting as part of a writer’s residency, Lee was surprised how much he learned from daily tasks such as chopping wood and carrying water.

“My objective wasn’t necessarily a list of goals or things I wanted to create, but to learn to observe my process — the way I live and how it lines up against the way I want to live — to learn more about the way I construct a day and could construct a day,” he confesses. “I would storm up and attempt to execute these, sort of, experiments on myself. I would consciously manipulate my time, my mind, my focus, my crafts, and projects to learn more about how I am affected by things both inside and outside of me, what gets me stuck and how to unstick myself.”

The extreme measures taken by the two artists are a true testament to their devotion to the craft. Recognizing the value of the investment in themselves creates idiosyncratic energy in their sound.

Listen to The Lowest Pair’s single, “Too Late Babe” below. Pre-save The Perfect Plan and look out for this highly anticipated record on April 24th via Thirty Tigers. 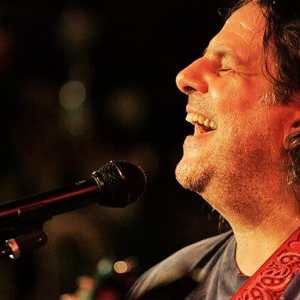 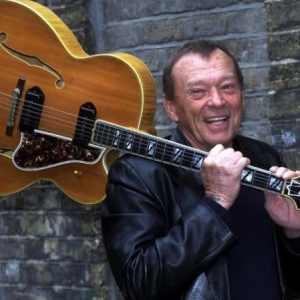