“The Dark End of the Street”

One test of a great song is that it can be sung by almost anyone. “The Man I Love,” “Embraceable You,” and other classics of Tin Pan Alley have retained their quintessence despite countless spins and interpretations—always, something truthful in the lyrics and melody has shone through. In a similar way, “The Dark End of the Street”—one of the most recorded soul ballads of all time, and one of the greatest—possesses an almost magical ability to hold itself together, to deliver a fresh impact with each new listen.

Songwriter Dan Penn could be described as the Gershwin of soul music, a standard-bearer for a great epoch in American popular music. His many classics include “Do Right Woman, Do Right Man,” “I’m Your Puppet,” “You Left the Water Running,” and “It Tears Me Up.”  In “The Dark End of the Street,” first recorded by James Carr in 1966, Penn achieves a remarkable synthesis of imagery and emotion: “At the dark end of the street/That’s where we always meet/Hiding in shadows where we don’t belong/Living in darkness to hide our wrongs.”

“We were always wanting to come up with the best cheatin’ song,” Penn explained to writer Robert Gordon in the 1995 book, It Came from Memphis,  “ever.” Significantly, Penn didn’t go it alone: he wrote “Dark End” with producer and studio owner Chips Moman.  Together the pair establishes a heightened mood from the outset, as evidenced by the opening lyrics quoted above. In the original version, this feeling of anxiety and danger climaxes during the bridge section, in which horns and an atmospheric guitar vibrato merge to create an impassioned backdrop for the anguish in Carr’s voice. Finally, in resolution, the song modulates into a brighter key, accompanied by a lyrical shift that moves the narrative into the “safe” realm of day: “And when the daylight hours roll around… if we should meet, just walk on by.”  In this way, lyrics and music work together, balancing one another within the confines of a tightly constructed unit (the same standard song pattern established by the Tin Pan Alley greats, in whose steps Penn follows). Beneath its surface appeal, “Dark End” qualifies as a masterpiece because its various components engage in a shifting but steady conversation, pushing the song toward a release and resolution that are palpable for listeners.

“Other than Spooner Oldham,” Penn told Gordon (in a reference to his second great writing partner, the famed session musician), “I guess Moman would be the closest person I ever come to breathing together with.” Perhaps it is this air of naturalness which has made “The Dark End of the Street” so enduring. Through the course of numerous incarnations, in versions by Aretha Franklin, the Flying Burrito Brothers, Linda Ronstadt, Roy Hamilton, Clarence Carter, and others, it has never sounded less than compelling (Carter’s rendition even includes an unusual spoken-word discourse upon the mating habits of cows and mosquitoes).  Still, it is Carr’s original that Penn believes to be the greatest: “Nobody did it as good as James Carr,” he says in an interview on his website (www.danpenn.com), “not even me.”  For Carr, “Dark End” became the sterling moment in a career that never quite fulfilled its early promise, despite producing additional bursts of glory in songs like “Love Attack” and “Pouring Water on a Drowning Man” (after several attempted comebacks and years of struggling with mental challenges, he died in 2001).

Penn, meanwhile, has continued to write lovely and often memorable songs—even if little he has produced since the 1970s has matched the iconic quality of his earlier output.  Still, he remains one of soul music’s most impassioned bards.  In “The Dark End of the Street,” Penn offers great art and a great lesson. Young writers sometimes express resistance to working with others, but Penn reveals how sympathetic collaboration can only strengthen the work process, creating a dialogue as smooth and natural as human breath. 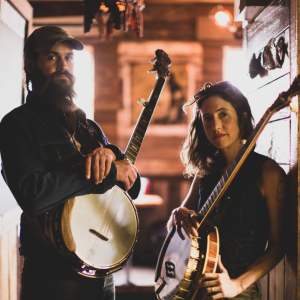 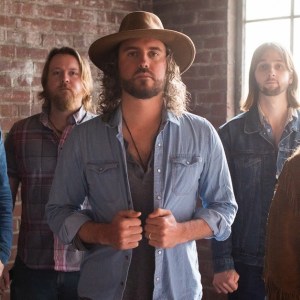