It was the best of times…and perhaps one of the less explosive sessions Fleetwood Mac had ever experienced recording as a band. Just five years after the tempestuous Rumours was released, outing all the interlaced love, affairs, and breakups within the band, there was Mirage.

Fleetwood Mac’s 13th album played out the recuperation from songs “The Chain” and  “Go Your Own Way” and 13-month-long, double-album sessions for Rumours follow-up Tusk. Somehow, Mirage loosened some of the tensions within the band from previous years.

Stevie Nicks had just released her solo debut, Bella Donna, in 1981, while Lindsey Buckingham did the same in 1981 with Law and Order, and Mick Fleetwood went off to Ghana to make his album The Visitor. Despite a grueling tour following the release of Tusk, a year or so apart left to work on solo projects helped the band regroup in a kindler, gentler environment for Mirage.

“I can’t remember any nastiness on that record,” said McVie in a 2022 interview. “It was quite an enjoyable experience. We goofed off a lot. And I don’t think there were any great romantic melodramas. Everyone was getting on great.”

Drinks, Drugs, and Rock and Roll

“John, I think, was still pretty much drinking like a fish,” said McVie of the band’s substance abuse at the time of recording. “And he [Mick Fleetwood] was out of his brain. I’m sure I was drinking a lot of alcohol. I didn’t do any drugs then. He [Buckingham] was smoking marijuana, and Stevie was on something or other. Everyone was doing something.”

On the album cover, Buckingham appears to be dancing with his ex Stevie Nicks with one hand on her hip as he looks over his shoulder at a peering McVie. The full cover shows Mick Fleetwood and John McVie looking ahead unfazed. Suggesting continued inner-group trysts, the cover was less about dramatic entanglements, yet still alluded to the internal mayhem that is Fleetwood Mac.

To record Mirage, the band temporarily relocated to Château d’Hérouville in Hérouville France, the 18th-century abode where classical composer Frédéric Chopin once lived and also where Elton John’s 1972 album Honky Château was born and where many others, including David Bowie, T. Rex, the Bee Gees recorded throughout the 1970s.

Light on the Production

After an exhaustive tour supporting Tusk and even heavier production by Buckingham on the previous double album, the band asked him to dial it back on Mirage, which he did.  “Well, we’re not going to do that process again—we’re going to go back to something a little more straight ahead,” Buckingham remembers the band saying to him for Mirage, and called Fleetwood Mac felt more like a “day job” at the time. “I’ve never heard him say that [about a day job], but…I can see it,” said McVie. “I’m sure a lot of it was quite pedestrian.”

Ken Caillat, who co-produced and co-engineered Mirage, said it’s more of a “traditional” album yet has some parallels, sonically, to Tusk. “Lindsey had decided to be different [on Tusk],” said Caillat in a 2016 interview. “He basically just wanted it to be dirty. He wanted to see if he could paint himself into a corner and get out of the corner. But yet on the songs [written by Stevie Nicks and Christine McVie], he did some of the most beautiful guitar work. If you just listen to ‘Tusk’ without any of Lindsey’s songs, it sounds almost identical to ‘Mirage.’”

Stevie Nicks’ “Gypsy” and Other Tracks

Nicks originally wrote “Gypsy” for her solo debut Bella Donna but felt it was a much better Fleetwood Mac song. Upon release, the song hit No. 12 and was accompanied by a video directed by Russell Mulcahy. Originally, “Gypsy” ran five and a half minutes, but the version on the album runs slightly shorter at four minutes, 24 seconds. The longer version was later released on the band’s 1992 retrospective box set 25 Years—The Chain.

“That’s Alright” was an older track, she wrote back in the Buckingham Nicks, while “Straight Back,” which became a hit on rock radio, was written in 1981 and references Nicks’ separation from producer Jimmy Iovine and breaking from her solo career to return to Fleetwood Mac.

Some of Lindsey Buckingham’s five Mirage tracks—“Can’t Go Back,” “Book of Love,” “Empire State,” “Eyes of the World” and “Oh Diane,” which reached the Top 10 in the UK—were written with co-producer Richard Dashut.

Christine McVie wrote four tracks on Mirage, including “Love in Store,” written with Jim Recor, the ex-husband of Nicks’ friend Sara Recor, who married Mick Fleetwood in 1988, “Hold Me,” with singer-songwriter Robbie Patton whose second album she produced, along with  “Only Over You” and “Wish You Were Here,” the latter co-written with  John Mayall drummer Colin Allen with “thanks” in the credits given to Dennis Wilson for inspiration. McVie had recently ended her relationship with the Beach Boy. Sadly, Wilson died three weeks after his 39th birthday in December of 1983 from drowning.

The Legacy of Mirage

Released June 18, 1982, Mirage brought the band back into the charts again as they entered the 1980s after an experimental Tusk and chart-topping Rumours in 1977. The album delivered several hit singles, including “Hold Me” and “Gypsy,” which peaked at No. 4 and No. 12, respectively, on the Billboard Pop Chart, and “Love in Store,” which reached No. 22 and was certified platinum for selling more than two million copies.

In 2016, a deluxe edition of Mirage was released, featuring a remaster of the original album, B-sides and outtakes, 13 live tracks, and other songs that never made the original cut, including “Teen Beat,” “Smile at You,” ”Goodbye Angel,” and ”If You Were My Love,” the latter track released on Stevie Nicks’ 2014 release 24 Karat Gold: Songs From The Vault. 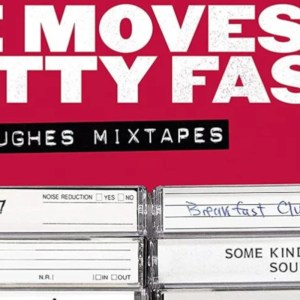