David Bowie was a perpetual precursor, a confidant to ’70s counterculture, and a messenger of cosmic proportions—all of which he wrapped up into his Ziggy Stardust single, “Starman.”

Like the rest of the landmark concept album, “Starman” sees Bowie paint the picture of a steward from another planet sent to our world to free our minds, hearts, and dancing feet. Let the children lose it, Let the children use it, Let all the children boogie,” he sings in the iconic song that has lasted decades in pop culture.

Chock full of life lessons, going down easier with the adage of the other worldly character, the song comes from the perspective of someone listening to Starman through the radio, hoping to make the future brighter than their past.

To celebrate the 50th anniversary of The Rise and Fall of Ziggy Stardust and the Spiders from Mars we’re going behind the meaning of the album’s single, “Starman.”

Bowie once had a conversation with writer William S. Burroughs, in which he described his own method of writing. He told the writer his objective was always to reach young people.

He revealed his younger fans would often send him interpretations of his own lyrics, re-expressed in their own words. The youth, he said, was endowed with a sincere, forward-looking perspective that lent itself well to what he was trying to do in his music.

And that’s exactly the audience he wanted to reach with “Starman.”

Didn’t know what time it was
The lights were low, oh, oh
I leaned back on my radio, oh, oh
Some cat was layin’ down some rock ‘n’ roll lotta soul, he said

The song comes from the perspective of someone hearing Starman’s message breaking through on the radio. Despite the common trope of aliens coming to earth to destroy it, Bowie saw an opposite perspective, saying his Starman had come to enlighten them.

Enlighten them to what exactly? Just to have a good time, it seems, and to let the youth lead the way. Starman tells the world to “lose it” and give in to the music.

Bowie’s drummer Woody Woodmansey talked about his impressions of the song in a 2008 interview with Uncut Magazine, saying, “I love ‘Starman’ as it’s the concept of hope that the song communicates. That ‘we’re not alone’ and ‘they’ contact the kids, not the adults, and kind of say ‘get on with it.’ ‘Let the children boogie’—music and rock ‘n’ roll! It lifted the attention away from the depressing affairs in the ’70s and made the future look better. ‘Starman’ was the first Bowie song since ‘Space Oddity’ with mass appeal. After ‘Starman,’ everything changed.”

Top Of The Pops

In 1972, Bowie brought the song to a new height of fame with a performance on the popular British TV show, Top Of The Pops. In the performance, Bowie appeared as the flame-haired Ziggy Stardust in a multi-colored jumpsuit fascinating people with his stage presence.

The performance catapulted Bowie into stardom and proved wildly influential on a whole new generation of rock and rollers. Many musicians, especially fellow English artists, cite this performance as a transformative moment.

The Cure’s Lol Tolhurst wrote in his memoir, “I remember sitting on my couch at home with my mother, watching this spectacle unfold, and at the point where Bowie sang the line, ‘I had to phone someone so I picked on you,’ he pointed directly at the camera, and I knew he was singing that line to me and everyone like me. It was a call to arms that put me on the path that I would soon follow.”

“Starman” has been used in so many ways in pop culture that they’re impossible to keep up with.

In 2016, Presidential candidate Bernie Sanders used the song prominently throughout his campaign to tie in with his slogan “A Future To Believe In.” Elsewhere the mannequin in Elon Musk’s Tesla Roadster was named “Starman” after Bowie’s song as it orbited around the sun during the maiden test flight of the Falcon Heavy rocket.

It’s found its way onto the soundtracks of numerous films, including the 2015 Matt Damon-helmed action flick The Martian as well as the newly released Disney/Pixar animated feature Lightyear. 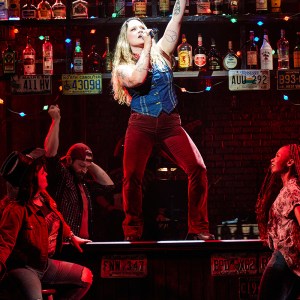