Despite her relatively short time in the spotlight, Patsy Cline helped change the tide in country music in the late ’50s and early ’60s. Her music not only helped usher in what we’ve come to know as the classic “Nashville sound” but clinched cross-over appeal from country audiences and the crooner-obsessed big-city crowd alike.

“Crazy” is undoubtedly one of her biggest hits and has endured for some 60 years since its release. As we mark the singer’s birthday (September 8), let’s take a deeper look into the meaning of the 1961 single.

“Crazy” was written by a little-known songwriter, at the time, Willie Nelson. Originally titled “Stupid,” Nelson hustled to get the track heard on Music Row in Nashville. The song was written with Billy Walker in mind, but he later felt it better suited a woman’s voice: enter Patsy Cline.

Upon first listen, Cline hated the song. Fortunately, her husband, Charlie Dick, loved it and urged her to record it. It went on to become one of her biggest hits, with her execution of each high note making her claims of “feeling so lonely” cut right to the bone.

Cline was thrown into a windshield just two months before she recorded “Crazy.” During the first recording session, her iconic high notes almost didn’t happen thanks to a broken rib. Two weeks later, she did her vocals while standing on crutches. You wouldn’t know it to listen to it though and her powerhouse vocals are well on display in the final product.

Cline died just two years after “Crazy” was released. It played a large part in solidifying her space in the annals of country history. It has also long been considered one of the greatest country songs to ever be recorded as evidenced by its place in the Grammy Hall of Fame.

“Crazy” recounts that all too familiar feeling of losing your mind post-breakup—which is probably why it’s endured all this time. A classic torch number, the track finds Cline despondent after losing her love. In the chorus, it’s revealed that he has run off with someone else.

Though she has always known it would never work between the pair, she is still reeling from heartache. Though to her it seems crazy, you can’t really blame her— it happens to the best of us.

Worry, why do I let myself worry?
Wondering what in the world did I do?
Crazy for thinking that my love could hold you
I’m crazy for trying and crazy for crying

Nelson has also recorded multiple versions, including an early version on his debut album …And Then I Wrote and a live trio accompaniment with Elvis Costello and Diana Krall. Cline and “Crazy” defined an entire generation of country stars and the classic “Nashville sound.” As anyone who has been to Music City knows her legacy is alive and well.

Just last year, “Crazy” was given a music video for the first time, recorded at Dee’s Country Cocktail Lounge and featuring an appearance from Mickey Guyton.

“It is wonderful that ‘Crazy’ remains such a beloved song 60 years after mom recorded it and it’s very exciting that its 60th anniversary is being celebrated with this great new video,” Julie Fudge, Cline’s daughter, told the Associated Press around the time of the video’s release. “I hope that mom’s fans enjoy it and that it also helps new audiences discover her music.” 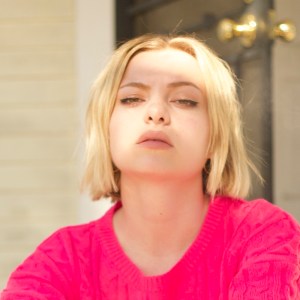