Certainly that would seem to be the case with “Crazy,” the country standard written by Willie Nelson and recorded definitively by Patsy Cline for Decca Records in 1961. Cline’s hit recording swings with such velvety finesse, and her voice throbs and aches so exquisitely, that the entire production sounds absolutely effortless. Actually, it was anything but.

Start with the songwriter.

Today Willie Nelson is universally acclaimed as both a singer and a songwriter. But when he arrived in Nashville from Texas in 1960, the 27-year-old ex-DJ and bar musician was a household name only at his own kitchen table. Although his talent was obvious, many in the country music business thought his style was simply too offbeat and artsy for the charts.

Then 28 years old and coming off her first No. 1 hit (“I Fall to Pieces”) after six years of ups and downs in the music industry, Cline did not quickly warm to “Crazy.” She much preferred “Funny How Time Slips Away,” but Walker kept that one for himself. “Crazy” must have seemed like the consolation prize. However, when Hank Cochran pitched “Crazy” to Owen Bradley, Cline’s producer, he was quickly sold-which just goes to show what great ears Owen Bradley had.

The demo (which can be heard on Willie Nelson’s Demo Sessions CD) was slow and syrupy. Willie’s phrasing was all over the place-sometimes ahead of the beat, sometimes behind it, stretching syllables out or biting them short. Sometimes he was closer to reciting the lyrics than singing them. Yet somehow Owen Bradley heard a potential hit in that.

Patsy Cline, however, did not. Although Bradley persuaded her to try the song at his Quonset Hut studio on August 21, 1961, she could not get a handle on it during four-hour session. Part of Patsy’s difficulty may have been that she had been in a horrific auto accident just two months before in which she was badly banged up. When she came into the studio, she was on crutches. It may have hurt to hit certain notes. There were other difficulties as well.

Only a month later Patsy wrote to a friend: “They say ‘Crazy’ is a smash. . . . Music Reporter has it top 30 C & W already & Music Vender has it already in pop & C & W charts. I’m real glad but can’t hardly believe it’s happening to me.” It would go on to reach No. 2 in Billboard‘s country chart and No. 9 pop. More significantly, of course, it’s become a standard, covered by such luminaries as Loretta Lynn, Linda Ronstadt, Cassandra Wilson, Diana Krall . . . and Willie Nelson himself, who has had the good sense to lean heavily on Patsy Cline and Owen Bradley’s masterful arrangement ever since. 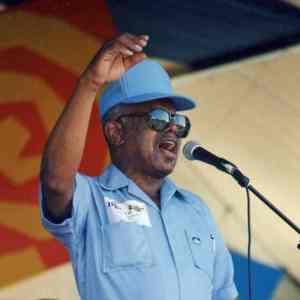 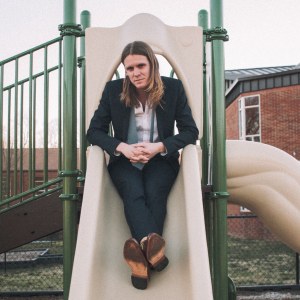