Released in 1959, the storytelling song, “Long Black Veil,” has one of the most bone-chilling narratives of any song of the 20th century. As a result, it’s an all-time classic and a song many wish they’d written, themselves.

It’s also one of the most covered country songs of all time (more on this below).

Let’s dive into the song’s history.

The country ballad, which was written by Danny Dill and Marijohn Wilkin, was originally recorded by country star Lefty Frizzell.

The song was recorded in Nashville, Tennessee in 1959 by Frizzell and produced by Don Law. The song later hit No. 6 on the Billboard Hot Country & Western chart. At the time, it became Frizzell’s best-performing single in some five years.

The meaning behind the story: Murder

The narrator of the story within the song portrays the point of view of a man falsely accused of murder. He’s to be executed. But he refuses to provide an alibi for his innocence. Why? Because, as the song says, he was in the arms of his best friend’s wife.

Telling the public about the extramarital affair would put a scarlet letter on the woman and create such dishonor that the narrator decides to take his fate and die. He would rather take the secret to the grave than admit what he and his love interest (his friend’s wife) have done. The truth, in this case, will not set them free.

According to the lyrics, the song’s narrator explains, someone died near the town hall and the killer looked “a lot” like the narrator, though it wasn’t him.

Ten years ago, on a cold dark night
Someone was killed, ‘neath the town hall light
There were few at the scene, but they all agreed
That the slayer who ran, looked a lot like me

The judge in the case gives the narrator a chance to set himself free:

The judge said son, what is your alibi
If you were somewhere else, then you won’t have to die
I spoke not a word, thou it meant my life
For I’d been in the arms of my best friend’s wife

But to no avail. Honor is held by keeping the secret. The song’s chorus describes the woman mournfully visiting the narrator’s grave, wearing a—yes—long black veil and enduring a wailing wind.

She walks these hills in a long black veil
She visits my grave when the night winds wail
Nobody knows, nobody sees
Nobody knows but me

In the end, the narrator dies.

Oh, the scaffold is high and eternity’s near
She stood in the crowd and shed not a tear
But late at night, when the north wind blows
In a long black veil, she cries ov’re my bones

In 2019, Frizzell’s version of the song, which was a departure from his more signature honky-tonk style, was selected by the Library of Congress for preservation in the National Recording Registry because it is “culturally, historically, or aesthetically significant.”

Of the song, its writers have said that they drew on three sources for the track’s inspiration. The first was Red Foley’s recording of the song “God Walks These Hills With Me.” The second was a then-contemporary newspaper report about the unsolved murder of a priest. And the third was the legend of a mysterious veiled woman who allegedly regularly visited Rudolph Valentino’s grave.

“Long Black Veil” is now known as a standard and has been covered dozens of times by prominent artists in both folk and rock music.

Some of the more famous renditions come from Johnny Cash, Dave Matthews Band, and The Band. Cash performed the song on the first episode of The Johnny Cash Show in 1969, duetting with Joni Mitchell. Matthews performed it live with Emmylou Harris at a Cash tribute concert. He later performed it on his acclaimed concert album, Listener Supported.

The Band performed the song at the 1969 Woodstock Festival.

Check out a number of versions of “Long Black Veil” here below: 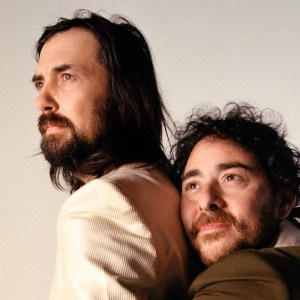