From his third solo album ‘Highway Companion,’ it’s his second Southern masterpiece, and unlike all his other songs

Of all of his songs, there were few that he spoke about with as much love and pride as “Down South.” The other contenders were “Southern Accents,” his first Southern masterpiece, “Insider,” “Wake Up Time” and “Angel Dream,” all songs he felt really excited about as soon as finishing them. All songs he knew came from another place, one which he couldn’t always reach. The kind of songs which, as he said, “made me want to do it again – to go home and write another song.”

“Down South,” even during the writing, was consciously a sequel, or follow-up, to “Southern Accents.” It’s not as sombre, though, or holy as “Southern Accents,” which is like Tom’s “Let It Be,” whereas “Down South” is closer in tone to “Penny Lane.”

Still, the song is tempered always by opposing forces. Tom was drawn to the darkness and mysteries there, all the spooky aspects of the South, unknown and unseen forces forever contrasted to normal life.  He delivers the perpetual clash of the timely and timeless – the mystic and mundane which distinguished the South to Tom. Such as the procession of ghosts through the ruins –“the spirits cross the dead field”– just as “mosquitos hit the windshield.”

There’s no attempt to dig up ancient sins or secrets to bring them to the light. Quite the opposite: “All documents remain sealed.” In the first verse he contacts his father’s mistress with the hope of silencing her forever. “Gonna buy back her forgiveness,” he sings, and “pay off every witness.” His mission is not to uncover the past but ensure it remains buried forever.

Always keenly sympathetic to the balance of elements in a song, this one went through some serious revision. He didn’t want his songs to be too heavy; they should be “light – but not light-weight.” “Down South” is exactly that. It’s not lightweight at all. But also not too heavy.

It’s why he completely dropped the original chorus and wrote a new simpler one. This breaks the conventional rule of anchoring the chorus around the title. He instead crafted a poignantly tender chorus around a humble request and promise with words of sweet simplicity — both musically and lyrically — that are essentially Tom.

He was making Highway Companion, his third and final solo album, there in the home studio of his Malibu home at the same time we worked on our book together of interviews, Conversations with Tom Petty. Just as he was when we first met, on the eve of the release of Wildflowers, he was really excited about the new songs he was writing and recording then. We’d meet almost always in the studio, and Tom was always excited when he had a new song to play, including “Down South.”

The first one he played me was “Turn This Car Around” which always brings me back to that sunny moment, and his joy. That one and “Down South” still represent the entire album to me, and that essential, joyful season of sharing Tom’s past – filled with much that was not joyous – and his present joy,and best ever – excitement about the new album, the book, and especially his new life with his angel dream, Dana.

He loved the production and sonic presence of the song created by Jeff Lynne, who played bass also, and produced the entire album. Unlike Full Moon Fever, though, which they created very quickly at Jeff’s home, this one was made at Tom’s home. And unlike Fever and the Wilburys albums and George Harrison’s Cloud Nine, this one does not bear Lynne’s signature sound. It’s funkier, and more open.

Tom also loved the great Mike Campbell guitar figure on a D major chord in first position with its cool Magnatone tremolo,  which repeats through the whole song.

The song was started at home, yet completed while on vacation with Dana in Mexico. On a happy hammock in the sun with the beautiful Spanish guitar the hotel purchased for him, he finished this song, and also started and finished another one for the album, “Around The Roses.”

Here’s the man himself in conversation from our book about the origins of his second Southern masterpiece, “Down South.”

TOM PETTY: I wrote two different choruses for that song. The other one was pretty good, too, but it was too long. It’s a wordy song. And then it hit me that the chorus has to be more or less a turn-around, instead of going into this big long thing. And that got me onto the other chorus, which is so much better. But I did have a   little bit of a hold-out on that song, because I knew I was onto something, but until it was perfect, I didn’t want to try to record it. About midway through the album, I got the chorus, and I was really excited.

PAUL ZOLLO: The other chorus has different words and music?

Yeah, it had different words and music. I think it said the same thing, basically, but with different words. So I found a way of quickly getting it in there, and it’s so much better. “If I come to your door, let me sleep on your floor. . .” It made a much better picture.

[The South], it’s a very romantic place, but it’s also a spooky place. You’d think a lot of ghosts still linger down there. I’d written about the South years ago. And I wondered, ‘What would I write now? Now that I’ve been gone so long?’

And then it was just a matter of picking up the guitar and finding what chords were under it. It took me a little time to get a melody, but I got one. ’Cause it’s very wordy. But I think every word counts. So once I had the chorus, I was really happy. [Laughs] I’m still happy about that song.”

Jeff made such a great record of that song. And Mike played so beautifully on it.

There’s a nice recurring riff that holds it together.

Yeah, that’s Mike with his Magnatone amp. It’s got a wobble on the amp that makes a tremolo, but something even more bizarre than that. That’s how we made the record. He got that killer sound, and we just based the record on that.

It’s got beautiful lyrics about confronting the ghosts of the past. “Sell the family headstones/drag a bag of dry bones. . .”

I think my favorite verse is, “Spirits cross the dead fields/mosquitoes hit the windshields/all documents remain sealed. . .” That’s when I got really excited.

It’s funny, I was playing it, and there are people who didn’t know who Samuel Clemens was! It frightened me. [Laughs] Younger people. But he’s one of my great heroes. So, yeah, that was a bit of luck, getting those nice lines.

It’s interesting that you wrote all the words for it first. Did you have more  lyrics that you didn’t use?

Yeah. I wrote a lot. And I edited it down. I got on a tear there. I just started writ- ing and writing.

It’s got some good rhymes in it.

That’s a good feeling, when it all rhymes. Though I wasn’t really concerned with the rhymes when I was writing it. It worked out, so what I did was to take the most important verses and use them. But I had more that I didn’t use. I’m a wealth of information on that subject. ’Cause I did grow up there, and once I got on the theme of what it would be like if I went back, everything started springing up. [Laughs]

I really like that song. I think it’s up there with anything I ever wrote. I hope people see it that way. I was so happy to get that chorus.

It’s revealing to me that even when you’re on vacation, you want a guitar, and you want to write.

It’s better than TV. [Laughs] It was a wonderful vacation I had. I had a hammock outside the door, and I would lie in the hammock with my guitar. 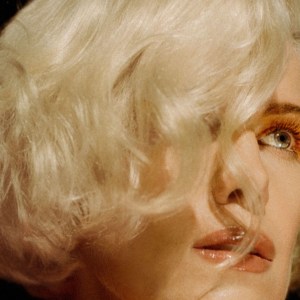 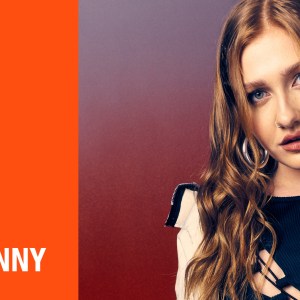