It’s a rainy Monday afternoon in Nashville, as platinum-selling country singer-songwriter Chris Young takes a seat in a conference room of Sony Music’s office on Music Row. It’s a media day, filled with interviews with newspapers, magazines and radio stations in promotion of his fifth studio album I’m Comin’ Over, out Nov. 13.

While press days can be grueling and tedious for some artists, Young is still in good spirits, mainly because he spent his morning with friend and collaborator Vince Gill.  The visit was part of an interview between the two set at Gill’s home, which Young says is “guitar heaven” filled with Fender Telecasters and Broadcasters. Besides the interview, Young and Gill collaborated on one of I’m Comin’ Over’s somber moments, “Sober Saturday Night,” a ballad about ignoring vices out of heartbreak. Gill contributes guitar and vocals to the song, a detail which was high on Young’s wish list for the record.

“I’m such a fan of his, just asking him, I was like ‘He’ll probably say no,’” Young says. “It was one of those songs where it was good before he played on it, but it’s great now that he’s on it.”

“Sober Saturday Night” is just one of the many strong cuts on the 30-year-old’s follow-up to 2013’s A.M., an album that caused the Murfreesboro, Tennessee native’s name to be mentioned in the same breath as country’s top-tier acts. Now after steady touring and a snowballing fan base, it’s Young’s turn to step up the plate with I’m Comin’ Over.

“The craziest time, if you’re gonna pick one, would be right now, just because there’s so much going on with what I’m doing touring-wise being a step up at the same time that I’m trying to take a step up with my music,” he says. “[I’m] going in and producing this record with Corey Crowder and just really taking a lot more control and ownership in parts of the recording process. I’m also doing the biggest tour I’ve ever done and moving into arenas and amphitheatres; playing places now where I opened for other people. It’s busy, but busy is good.”

The album’s title track is a driving factor in Young’s current rise. The song’s title could easily allude to a sleazy, sex-fueled rocker, but Young and co-writers Crowder and Josh Hoge take a classier, heartfelt approach. The uptempo ballad sees Young pleading to fix the latest fight with his significant other, and deciding to just head over and hash things out. It’s a simple, relatable song with genuine emotions and intentions, and that’s why it works. Fans seem to agree, as the track is certified Gold with more than 422,000 copies sold, 14-million streams on Spotify and nearly 12-million views on the song’s  music video.

“There’s just so much going on that seems to be going in the right direction,” Young says of the single’s success. “It’s very validating knowing this time we put in the writing rooms and in the studio is [working].”

That time in the writing room was primarily spent with Crowder and Josh Hoge. Between the three, nine of the album’s 11 tracks were written by all or some combination of the writers. These collaborations laid the groundwork of I’m Comin’ Over, creating a cohesive sonic and lyrical approach that is often missing on mainstream country releases.

“[Our work together] was the nucleus of this record and where everything started,” Young says. “The stuff that we were writing I loved sonically, I loved the direction, I loved the instrumentation of what we were doing, and I was like ‘This is really what I want my entire record to sound like.’”

The trio’s perspectives mesh extremely well, giving the album a strong musical and lyrical feel. Songs like “Alone Tonight,” the Cassadee Pope duet “Think of You” and the lead track “Heartbeat” aren’t just catchy and well-produced, they also provide an emotional center which can be easily related to without it being over simplified.

“The fun part about writing a song with other people is that one story becomes three stories, and hopefully when you add them all together are more than the sum of their parts,” Young says. “This isn’t just about one thing; this is all of our input into this idea. This is how people have felt when they’ve been in this situation. Hopefully, you leave the writing room with something that, when people hear it, they connect to it and put themselves in the song.”

This connection between music and emotion is poising Young to make big waves going into 2016. He and his collaborators have put together a solid, progressive effort that is a refreshing addition to modern mainstream country. Fans want strong, genuine singles that step away from the dumbed-down lyrical and sonic themes that numerous artists – even Young himself – have steered towards in recent years, and “I’m Comin’ Over,” “Heartbeat” and “Underdogs” are exactly the blend of memorable hooks and substance that radio needs.

“I was just trying to make a record that was more progressive, but in my own way,” Young says. “Topically, we really managed to stay in its own space. There’s love songs, there’s fun songs, there’s songs about pain…I think we managed to keep it its own thing; keep it something special.” 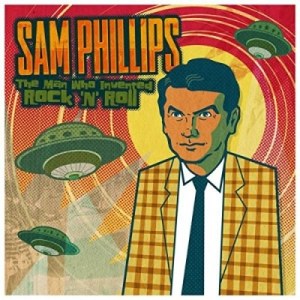 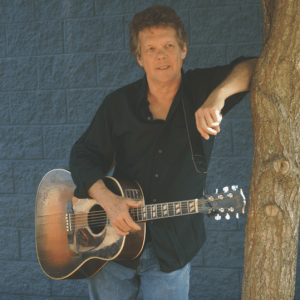