For French hip-hop producer and musician Wax Tailor (born Jean-Christophe Le Saoût), a completed album is an important thing—maybe the most important. When hunkering down to make a new album, Tailor says he’s often not the most enjoyable person to be around. His focus is generally one hundred percent on fleshing out the work, bringing it to life in a full and personally representative manner. There is a considerable difference between simply making music and making an album, and perhaps an even larger gap between making an album and making your album. For Tailor, the latter is paramount. It’s a reason to live, a mode of honest, humbling excitement. And this attitude is ever-present on Tailor’s forthcoming LP, The Shadow Of Their Suns, which he will release Jan 8th.

“It’s kind of a weird process for me,” Tailor tells American Songwriter. “It’s very different for me making music and making an album. Making music is just, like, breathing. But when I’m making an album, I’m probably kind of awful for people to be around me. I’m trying to build something—an album, not a collection of tracks. With an album, there is a concept and the process for me is creating a whole vibe. It’s like a director with a movie, I think.”

Records are released seemingly every day on an endless assembly line. But it’s rare, says Tailor, for that LP or EP to feel cohesive because cohesion is indicative of a personal perspective. Streaming services like Spotify make playlists all the time but those are often constructed based on marketing algorithms. Humans control the albums they release—at least, that’s the hope. For Tailor, that influence is central. He’s been honing it ever since he was a teenager. At fifteen years old, Tailor, perhaps somewhat surprisingly, landed a prestigious job at a radio station. It was there he fell deeply in love with music, met some of his heroes and where he shaped his future.

“This experience was crazy,” Tailor says. “It allowed me to meet a lot of people, all the big artists from the hip-hop scene who were coming to France, like Cypress Hill, The Roots. I was talking with them!”

Tailor, who recently turned forty five years old, grew up in the golden era of hip-hop. Living in France, an ocean away from New York City —where hip-hop originated, it called to him like nothing else had before. He liked music in general, but fell headfirst for the hip-hop culture. Even more than the music itself, the culture excited him. He’d already inherited an appreciation of music from his father, and today, that vibe of the 1960s French pop songs his dad played around the house still finds its way into his newest works—sometimes without Tailor even realizing it, he says.

Combining various elements of music from vinyl albums, also known as “wax,” is both a longtime aspect of making hip-hop tracks and it’s also how Tailor got his nickname.

“Sampling culture is often misunderstood,” Tailor says. “There is the more obvious sample, which uses already recognizable music. But there is also another part where you create your own instruments from a single note, playing with the texture of it. This is me, this is who I am. This is my stamp. I like playing with different elements, like a bass line from the 50s, guitar from the 60s, drums from the 70s and mixing all those things together. So, in trying to define myself, I said, ‘I’m a wax tailor. That’s who I am!’”

In hip-hop, there is a long history of digging through old records and record crates in dusty record shops. Famed DJs and producers like RJD2, DJ Premier, J Dilla and DJ Shadow are masters of digging or flipping through vinyl after vinyl in search of a secret, hidden sonic gem. For Tailor, this manner of research is supremely important, connective and humbling.

“It means something,” Tailor says. “I’m forty-five now and I’m still discovering music, like, ‘Oh shit, this is crazy, this album is unknown!’ It makes me really humble. Then you can also discover everything behind the album. You can check the cover, the back cover, the history. It means a lot.”

Tailor’s newest LP, The Shadow Of Their Suns, is a 13-track dive into the history of the past 20 years. Themes range from the media shaping perceptions of reality (September 11 and The 99%) and the idea that something in Western civilization is on the precipice of ending. What that is exactly and when it will conclude is left a bit up in the air. But the album does present the dusk of modern society in tone and spirit. Perhaps that eventual demise was even sparked by the original hip-hop creators and it’s Tailor who helps to carry on that wave in contemporary culture. He is its messenger.

“I am a musician,” Tailor says. “I’m not an activist. Some people are way more gifted for that sort of thing. But it’s clear to me that we are at the end of something. I’m not trying to make a prophecy —I’m not saying this will all end in six months, two years, ten years. But something is ending.”

His new record features several big name artists, including grunge icon, Mark Lanegan, and famed rappers, Del The Funky Homosapien and Mr. Lif. Together, the 13 tracks blend expertly, woven like a tapestry worth returning to again and again. Standout tracks include, “Misery,” which drones on with political speech samples and a refrain of “misery is my friend,” and the opening song, “Fear Of A Blind Planet,” which begins with a cold, perhaps-dire idea that reality is merely perception. A scary truth, indeed. But, for Tailor, having the space and capacity to present these ideas is really what creativity is all about—even when it doesn’t always seem so.

“Sometimes there is a period where nothing is coming out,” Tailor says. “It’s like, ‘Shit! I think I’ll never be excited again by music!’ But then you find something new and in that moment I get really excited. I listen to it once, two times, get some coffee and it’s like, ‘I want to go to the studio now.’ There’s fresh air.” 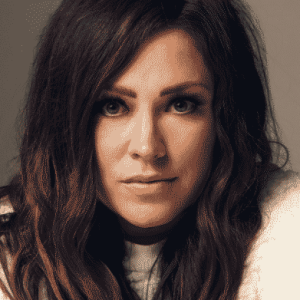 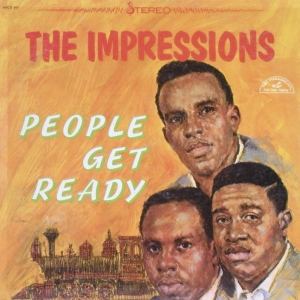