Now 30 years after the release of the musical drama The Bodyguard, the film that shot Dolly Parton’s 1974 song “I Will Always Love You” into the stratosphere of hits with Whitney Houston‘s epic rendition, the country legend said she doesn’t regret turning down Elvis Presley, who wanted to cover her ballad in the 1970s.

“Elvis loved “I Will Always Love You,” and he wanted to record it,” said Parton in a 2006 CMT interview. “I got the word that he was going to record it, and I was so excited. I told everybody I knew, ‘Elvis is going to record my song. You’re not going to believe who’s recording my song.'”

Parton added, “I thought it was a done deal because he don’t just say he’s going to do something. Anyway, he sent word that he loved it and he was doing it. They get to town and they call and they ask if I want to come to the session, and of course, I was going to go.”

The cover was too good to be true after Parton was approached by Presley’s manager, Colonel Tom Parker, who demanded that Elvis receive a hefty portion of the publishing rights to the song.

“Now, you know we have a rule that Elvis don’t record anything that we don’t take half the publishing,” said Parker, according to Parton. “And I was really quiet,” said Parton. “I said, ‘Well, now it’s already been a hit. I wrote it and I’ve already published it, and this is the stuff I’m leaving for my family when I’m dead and gone. That money goes in for stuff for my brothers and sisters and nieces and nephews, so I can’t give up half the publishing,’ and he said ‘Well then, we can’t record it.'”

Turning down Presley, said Parton, broke her heart because she truly wanted to hear him sing her song.

“I said, ‘I’m sorry, but I can’t give you the publishing,” said Parton, talking about the experience in a 2021 interview. “I wanted to hear Elvis sing it, and it broke my heart I cried all night. But I had to keep that copyright in my pocket. You have to take care of your business. Everybody’s going to use you if they can. These are my songs. They’re like my children. And I expect them to support me when I’m old.”

Though Presley never recorded the song, it still held a special place in his heart. Parton previously shared that his ex-wife Priscilla told her that he sang the song to her when they divorced. “Priscilla told me that when she and Elvis divorced, Elvis sang my song to her,” shared Parton. “That touched me so deeply.”

Originally written by Parton in 1973 (coincidentally on the same day she wrote “Jolene”) as a farewell and tribute to her longtime mentor and business partner throughout the 1960s and ’70s, the late Porter Wagoner, as she embarked on her solo career, “I Will Always Love You,” released in 1974, immediately hit the top of the Billboard Hot Country Songs chart.

Nearly 20 years later when Houston’s rendition of “I Will Always Love You” was released in 1992 for The Bodyguard soundtrack, which she also starred in along with Kevin Costner, the song spent 14 weeks at No. 1 on Billboard Hot 100 and became the best-selling single by a female artist and the sixth biggest single of all time with more than 20 million sales.

In a 2020 interview with Oprah Winfrey on Apple TV+, Parton reminisced on the first time she heard Whitney’s version of “I Will Always Love You” on the radio. She was driving and had to pull to the side of the road to avoid crashing. “I was shot so full of adrenaline and energy, I had to pull off because I was afraid that I would wreck, so I pulled over quick as I could to listen to that whole song,” said Parton. “I could not believe how she did that. I mean, how beautiful it was that my little song had turned into that, so that was a major, major thing.”

“They also played ‘I Will Always Love You’ at Whitney Houston’s funeral,” added Parton. “After that, I thought, I bet they’ll play the same song when I go.”

Parton believes Houston’s version nearly 20 years later was always meant to be, but she’ll always think about how Presley’s version of the song would have sounded.

“I always wondered what it would sound like,” said Parton. “I know he’d [Presley] kill it. Don’t you? He would have killed it.” 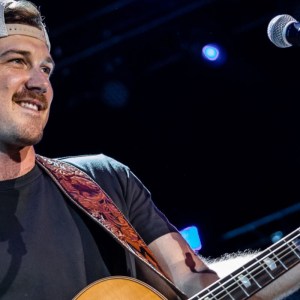 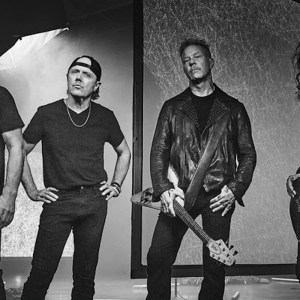