In her 2021 book Songteller: My Life in Lyrics, Dolly Parton revealed that she wrote a secret song that won’t be released for another 23 years.

Hidden at Parton’s Dollywood DreamMore Resort in Pigeon Forge, Tennessee, the song won’t be released until 2045 when the country icon turns 100 years old.

Parton, 76, wrote the song in 2015, the same year she debuted her resort. At first, it was written as part of a marketing tool for the resort that has a song vault hidden on its premises, but now the country hitmaker’s song is more of a mystery.

The song was recorded onto a CD and is housed in a chestnut wood box, which was made by Parton’s late uncle and early writing partner, Bill. The box also contains a CD player and sits behind a glass display case, which will not be opened until 2045.

“It would be a song that will never be heard until 30 years from the time we opened the resort,” said Parton when she revealed the secret song. “They said, ‘You’ll be long dead.’ I said, ‘Well, maybe not. I’ll be 99. I’ve seen people live to be older than that. So I wrote this song, and I can’t say what it is.”

Parton said that it’s “burning” her up to leave the song locked away for so long and hopes she’s around to hear it with everyone. “That’s like burying one of my kids, putting it on ice or something, and I won’t be around to see it brought back to life,” said Parton. “It’s just burning me up inside that I have to leave it in there. Hopefully, it will play and the whole thing ain’t rotted.”

She added, “It’s kind of weird or strange that they would ask me to write this mystery song. I don’t know if I want to live to be 100 or not, but you never know. I might, and if I do, I’m going to be at that opening.” 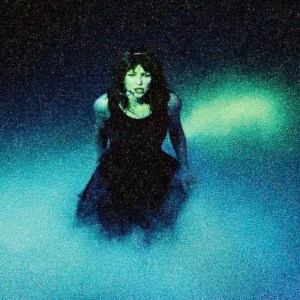