After recently recording a version of Elton John’s 1974 hit, “Don’t Let The Sun Go Down On Me,” for her upcoming rock album, Dolly Parton reached out to John asking him to duet with her on the track, and play piano.

“I just recorded, for my rock album, I did his song ‘Don’t Let The Sun Go Down On Me,’” said Parton in a recent interview with Zoe Ball on the BBC Radio 2 Breakfast Show. “I’ve sent out a message asking him if he would sing with me on it and possibly play the piano.”

The 76-year-old country legend has already confirmed some of the songs she will be featuring on her upcoming rock album, ‘Rock Star,’ which she plans to release in 2023, including Led Zeppelin’s “Stairway to Heaven,” which she previously recorded on her 2002 album Halos & Horns, Journey’s “Open Arms,” Prince’s “Purple Rain,” The Rolling Stones’ “(I Can’t Get No) Satisfaction,” and the 1973 classic “Free Bird” by Lynyrd Skynyrd.

In some instances, Parton, who was inducted into the Rock & Roll Hall of Fame on Nov. 5, also asked some of the artists who originally recorded the classic songs to join on her new renditions, including Led Zeppelin’s Robert Plant and Jimmy Page and former Journey singer Steve Perry, who confirmed that he will duet with Parton on “Open Arms.”

Parton, who headlined the Glastonbury in 2014 also offered some advice to John, who is scheduled to play the festival as his final concert in the U.K. in 2023.

“Tell him to enjoy it, because it was great fun for me,” said Parton, who added that she didn’t know what to expect when she played Glastonbury, or if her music would fit the outdoor festival.

She added, “If y’all get to see him, say ‘Dolly wants you to sing on her record.’ I love him.”

Aside from pulling together covers and guest artists for her rock album, Parton said that she hasn’t stopped writing songs, but doesn’t do it as often these days.

“I do still write because that’s just something I can’t help doing,” shared Parton. “I don’t get the opportunity to think, ‘OK I’m taking two weeks off to go to my Smokey Mountain ranch to write songs,’ but things just come to me … I’m always writing something down, even when I’m putting on my makeup in the morning.”

She added, “I always keep a notepad somewhere close by, so I’m jotting stuff down. Then when I do get an opportunity, I’ll finish it up. But I’m not writing near as much as I used to.”

Check out the 5 Songs Dolly Parton Plans to Cover on Her Rock Album HERE. 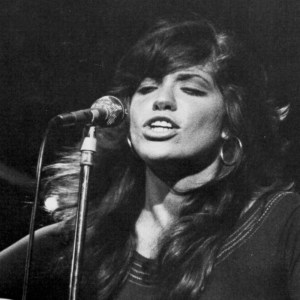 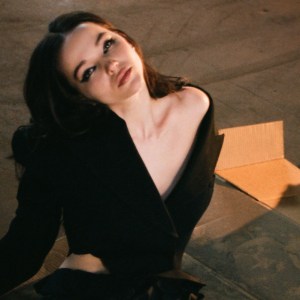