She’s the “Dolly Lama,” the “Queen of Country,” and even earned the nickname “The Book Lady.” A country music legend, style icon, businesswoman, philanthropist, author, singer, and songwriter, Dolly Parton is a self-made woman and artist. Throughout her career, spanning more than 50 years, she has written more than 3,000 songs, won 10 Grammy Awards (and earned 50 nominations), sold more than 100 million records, had 25 songs reach number one on the Billboard charts, and is still living and learning at 75.

Still running her Dollywood theme park in Pigeon Forge, Tennessee, admitting to reading 50 books a year, and even kicking off the viral #DollyPartonChallenge, urging people to showcase their best selves in memes, among her many philanthropic and humanitarian endeavors, Parton has more to do.

The prolific songwriter has always unabashedly shared other words on everything from life, love, work, beauty, social and political issues, religion, and beyond.

Here we take a look at some of Parton’s decades-worth of wisdom, advice, lyrics, and perfectly quipped “Dollyisms” throughout the years.

“It’s hard to be a diamond in a rhinestone world.”

“I am a self-made woman, and I have the doctor bills to prove it.”

“I make a point to appreciate all the little things in my life. I go out and smell the air after a good, hard rain,” Parton wrote in her 2013 book “Dream More: Celebrate the Dreamer in You.” “These small actions help remind me that there are so many great, glorious pieces of good in the world.”

“I know some of the best Dolly Parton jokes. I made ’em up myself.”

“I’ve had to go against all kinds of people through the years just to be myself,” said Parton in a 2014 interview. “I think everybody should be allowed to be who they are, and to love who they love.”

“You just try to be nice to everybody, ’cause you know everybody’s got a dream.”

“I had a gift of rhyme and a big imagination and that’s just how I started,” Parton said in a 2019 interview, “and how I’m still a-goin’.”

“A peacock that rests on its feathers is just another turkey.”

“Everybody has their own journey,” Parton told BBC, “they have their own way of doing things. And who am I to judge?”

“I think everybody should be allowed to be who they are and to love who they love.”

“He’s always loved who I was, and I loved who he was,” said Parton of her more than 55-year marriage to Carl Thomas Dean, “and we never tried to change each other.”

“I tried every diet in the book,” said Parton in her book “Dolly: My Life and Other Unfinished Business.” “I tried some that weren’t in the book. I tried eating the book. It tasted better than most of the diets.”

“It costs a lot to look this cheap.”

“I’m very real where it counts, and that’s inside.”

“I never have considered myself a perfectionist, but I do think of myself as a ‘professionalist’… I always strive simply to be my very best.” — Parton excerpt from “Dream More”

“I always count my blessings more than I count my money,” said Parton during an interview with CBS Sunday Morning. “I don’t work for money, never did.”

“I still believe that women should get paid equal and should be treated with respect,” said Parton on ABC. “I’m all about that. I don’t get out and have to preach it or march in the streets, I write about it.”

“You never do a whole lot unless you’re brave enough to try.”

“People say, ‘Oh, you just always seem so happy,’” said Parton in “Dream More.” “Well, that’s the Botox. Nobody’s happy all the time. But I work hard at it.”

Well, you got dreams and you know they matter / Be your own boss, climb your own ladder / That moment’s getting closer by the day. — Dolly Parton “9 to 5”

“When someone shows me their true colors, I believe them.”

“If people want to pass judgment, they’re already sinning. The sin of judging is just as bad as any other sin they might say somebody else is committing. I try to love everybody.”

“I’ll never harden my heart, but I’ve toughened the muscles around it.”

“I’m not going to limit myself just because people won’t accept the fact that I can do something else.” —Dolly on Twitter, 2010

“I look totally artificial, but I am totally real, as a writer, as a professional, as a human being,” said Parton. ”A rhinestone shines just as good as a diamond.”

“I’m just a working girl,” Parton told Billboard in 2014. “I never think of myself as a star because, as somebody once said, ‘A star is nothing but a big ball of gas’–and I don’t want to be that.”

“You need to really believe in what you’ve got to offer, what your talent is — and if you believe, that gives you strength.”

I wish you joy and happiness. But above all of this, I wish you love. —Dolly Parton “I Will Always Love You.”

“I have often joked that we had two rooms and a path, and running water, if you were willing to run to get it,” said Parton in her 1994 autobiography “Dolly: My Life and Other Unfinished Business.”

“I’m flashy, and I’m flamboyant,” Parton once told Elle. “Had I not been a girl, I definitely would have been a drag queen.”

“You make your choices, you make your sacrifices and I never looked back,” she told CBS in a Sunday Morning interview about her decision not to have children. “I knew early on that I was going to walk that road until God told me to stop.”

“Don’t get so busy making a living that you forgot to make a life.”

“Rhinestones, makeup and hair are fun, but it’s what’s on the inside that makes you a truly special one.” — Dolly Parton, Twitter, 2021 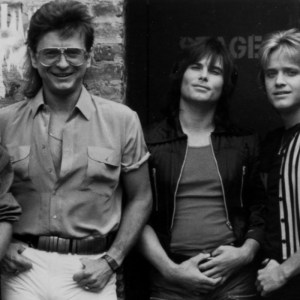