They are one of the most influential and durable hard rock bands of all-time. Yet it’s been a bit since Blue Oyster Cult released any new music. Despite being a highly successful touring act, you have to go back to 2001 for BOC’s last studio album.

Which is why, when American Songwriter spoke to the band’s two stalwarts Buck Dharma and Eric Bloom about The Symbol Remains, the recently released powerhouse of an album that carries on the band’s estimable tradition, the first question we asked them both was what took so long.

“Inertia?” Dharma jokingly suggested, before getting more serious. “The records we made in the late 1990s and early 2000s didn’t sell that well. We were doing strong touring business and continued to, so it wasn’t really a priority. I think what really got us off the dime was the current band of BOC 2020 has actually been together for over 10 years. And it was just a shame not to record it, because it was so good.”

Bloom also speaks about the practical issues behind the hiatus. “I think we were waiting for a record deal so we could do it with other people’s money,” he laughs. “Also, just putting stuff out on the internet and crossing our fingers wasn’t what we wanted to do. We wanted to have a real record deal, a real record company behind us and the real promotional push to not just put something out and hope for the best. And now we have that. I think it was worth waiting. I wish it wouldn’t have taken 20 years. A lot of these songs on this record were available for recording within the past five or six years. We’ve been ready, and luckily, our management made a deal and here we are.”

Blue Oyster Cult’s current lineup, in addition to Dharma and Bloom, includes guitarist Richie Castellano, bassist Danny Miranda and drummer Jules Radino. “We’ve been playing together a long time,” Bloom says of the lineup. “Jules and Richie have been in the band 12, 13 years. Danny was in our band for a long time in the 90s and then went away for a while and now has been back for the last two or three years. As soon as he came back, it was like he never left. It’s very comfortable. We are known as a live touring band, so it’s great to finally get this live touring band down on tape.”

As has been the case throughout BOC’s career, the music on The Symbol Remains is impressively diverse. The hard-rock foundation is there, but the album also veers off effortlessly into power balladry, metal, even boogie-woogie on “Train True (Lenny’s Song)”, which Dharma wrote with his son Zeke Roeser. “Speaking personally, I always approach a song as the song,” Dharma says of the material. “I don’t see it necessarily as fitting in with any conception of what the band is supposed to be, especially at this point in our careers. I figure we can do anything. We’ve always been eclectic in terms of style. I think that continues. Maybe this is the most eclectic record we’ve done in terms of genres and sounds of songs. What ties it together is it always sounds like us.”

BOC has also been known for their incorporation of outside lyricists, and it continues today as author John Shirley contributes often to The Symbol Remains. A set of his lyrics became the album’s thunderous (and, yes, cowbell-heavy) leadoff track “That Was Me,” once Bloom and Castellano relocated some lost work on the track. “That’s a John Shirley lyric that was sort of up for grabs, and Richie and I grabbed it,” Bloom explains. “Actually, we had forgotten we wrote it. We just said let’s work on this song. And we looked at the lyrics and we said, ‘Wait a minute, didn’t we do something for this a while ago?’ So we went and found the demo and it had everything but the bridge. We wrote that sort of reggaeish bridge in the middle.”

Shirley also collaborated on Dharma’s “Florida Man,” which takes the running joke about bad behavior in the state and puts it in a historical context. “Everybody knows the meme of the Florida Man,” Dharma says. “I had the idea to write it as a kind of Pecos Pete tall tale. The idea is that there is a reason for the Florida Man, and it was basically a Seminole curse when the conquistadors first showed up in Florida way back when. Of course, it’s a fanciful story, but that’s the whole idea.”

Bloom stresses that the entire band played crucial roles in the conception and realization of The Symbol Remains. “The real magic sauce on this record is Richie Castellano,” he explains. “Buck and I are singing the majority. But Richie does sing three songs on this record. And Richie did co-write a lot of the stuff, and he solo-wrote a few songs. He toiled endlessly toward the success of making and finishing the project. The rhythm section, Danny and Jules, did a tremendous job on this. Sure, me and Buck, everything gets synthesized through our taste and our history. But the other three guys did a tremendous job.”

Speaking of that history, Dharma and Bloom realize how fortunate that BOC is to still be a working band with a receptive audience, considering their self-titled debut arrived 48 years ago. “You never know what’s going to happen,” Bloom says. “Poor Allen (Lanier, longtime BOC member) passed away (in 2013.) You never know the vagaries of things. In the mid-80s, ticket sales dried up and we didn’t know what was going to happen to us. I like to say gravity set in. And then in the late 80s, things fired back up again. We’re actually doing better now than we ever did in our heyday. It’s a strange world.”

“We made a record that I think BOC fans will like. The tunes that we’ve released from it seem to be getting general appeal from the BOC fans. Nobody would be more thrilled than Buck and myself to have people recognize that we were trailblazers and have been around for a long time and, all of a sudden, a lot of people recognize our history and that we’ve got something new.”

Dharma makes it clear that they didn’t just put out The Symbol Remains as a way of placating demand for new Blue Oyster Cult music. “We had a lot of thought before we made one,” he says. “There were certain criteria we had to make it. One was, to make a record now, of course it would inevitably be compared to the legacy stuff, so it had to be strong.” 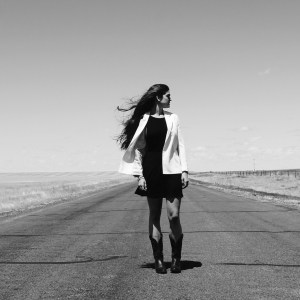 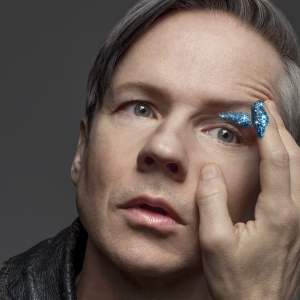