Ariana Grande has been required listening in the pop world since 2013. Her pension for ear-worm melodies mixed with deeply personal lyrics has connected with die-hard fans and casual radio listeners alike for nearly a decade.

We’ve charted her journey from burgeoning pop singer to full-scale music icon with a list of her best hits. Grab your oversized sweatshirt and throw your hair up in a ponytail for the top 10 Ariana Grande songs.

From her bright, doe-eyed debut, “The Way” pushed Grande out from under the Nickelodeon banner and onto the world stage. The track was 2010s pop at its finest, complete with an irresistible melody and a buzz-worthy rap collab. Her introduction to the music scene made a splash thanks to a steamy make-out with Mac Miller featured in the accompanying video.

Moving on to her sophomore LP, “Bang Bang” turned up the heat for Grande. The sultry track earned her the No. 1 spot on the charts and solidified her stance as a pop force to be reckoned with. In another buzzy collab, Grande teamed up with another powerhouse vocalist Jessie J and the rap queen herself Nicki Minaj.

“Break Free” was an instant club hit. The Zedd assisted track is the perfect soundtrack for jumping around and singing at the top of your lungs. In addition to its mainstream success, the song was adopted as a pride anthem for the LGBTQ+ community – an onus Grande is particularly passionate about.

The lead single from My Everything paid tribute to the classic soul of the ’60s with a modern flare. The song dominated the pop charts and helped to skyrocket the Florida-native to pop princess status.

Entering a new era, the title track from her third album is sexy to boot. An anthem about taking control, the song crowned Grande as a leading voice in empowering female sexuality. The dark, brooding track makes the listener feel just as “dangerous” as Grande herself. Its draw can be summed up with the bridge’s lyrics, all girls want to feel like that.

If you turned on the radio at all in 2016, chances are Grande’s smooth vocals were coming through, lulling out the words I’m so into you/I can barely breathe. The second single from Dangerous Woman is dance-pop perfection through and through.

Following a damning rumor mill following the death of long-time boyfriend Mac Miller and a devastating terrorist attack at one of her concerts, her fourth album Sweetener was a stunning tribute to romance, unhealthy relationships, womanhood, and perseverance. The lead single from the LP, “No Tears Left To Cry” opened up her wounds and bravely declared You can’t stop me, even when it’s raining down.

Once again picking up the mantle of women’s empowerment, “God Is A Woman” makes sex a religious experience. Leaning heavily into the pulsing 808s of trap, Grande once again evolves – this time leaving no qualms about her womanhood in her wake.

In another addition to her headline-filled year, Grande fell into a whirlwind romance with SNL staple Pete Davidson – one that resulted in a proposal in just a few weeks. The relationship was called off just as quickly as it began, leaving the public to chide the singer for her “mistakes” in love. “Thank U Next” pays tribute to her “failed” relationship with Davidson as well as her other public flames. In the song she changes the conversation on break-ups, thanking her old beaus for the time they spent together.

In 2020, Grande joined forces with Lady Gaga on her Chromatica single “Rain on Me.” Though it is not a Grande-only song, the track debuted at No. 1 and is still a radio staple nearly two years later. Its driving electronica beat is unsatiable and unmatched in its dance-ability. 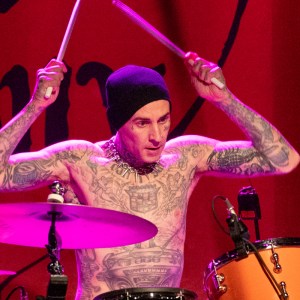 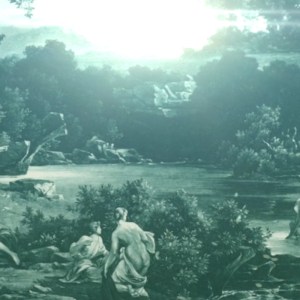