When disco fever inflicted the masses, rock ‘n’ roll faced an identity crisis. The 1970s were a time of experimentation in rock, a “throw it at the wall and see what sticks” kind of decade. If the genre wasn’t turned on to psychedelia or didn’t hop on the dance bandwagon, what was leftover became a bluesy, rootsy, blue-eyed boogie, pseudo-soul, funk-infused amalgamation of not hard, not soft, but more of a medium rock. The band to epitomize all of that: Three Dog Night.

Three Dog Night was an anomaly, creating a tight, but fluid tangle of sounds. They made music with muscle, electrifying the piano, rounding out their rhythms, and singing with the conviction of a church choir. Probably known best for their loneliest number, “One,” or for their amphibian friend and sommelier, Jeremiah, in “Joy to the World,” the band had so many more genre-defining hits during a time when the genre was so hard to define.

From their first album, “Nobody” is a slurry of sounds and vocals, the perfect introduction of the band to listeners. It’s a fast, hard-driving, wailing tune that showcases the group’s most unique quality: three very different rock singers – Danny Hutton, Cory Wells, and Chuck Negron – harmonizing as one.

Written by Paul Williams, the haunting melody is made even more so with the band’s ghostly three-part harmony.

Performing mostly covers, Three Dog Night was responsible for giving recognition to many incredible songwriters, introducing mainstream audiences to the likes of Harry Nilsson with their chart-topping rendition of “One,” Randy Newman with the funky “Mama Told Me Not to Come,” and Hoyt Axton with their mega-successes “Joy to the World” and “Never Been to Spain.”

Mercy, mercy on the love defenders / Have pity on the pretenders / A little help from all life’s losers / A little truth from the mind abusers / Ooh I need them playing in the Heavy Church.

Not one singer shines on “Heavy Church” as they harness the power and celebrate the uniqueness of each other’s voices. A spirited groove adds texture to their layered harmonies.

In “It Ain’t Easy,” the band gives the blues a go, taking on more southern rock sentiments with the stripped-back, hollow-thumping tune. Thick with swampy sounds, only penetrated by sharp, sporadic harmonica, the song offers another side of the band and highlights their unboxable range.

Why should I worry / When I know you’re loving me / Why should I care when / Joy is everywhere.

The gospel-tinged “Put Out the Light” is another harmonic masterpiece. Opening with stern, throaty vocals, the song has a heat to it as it explodes into a flaming chorus of words and wailing guitar.

A New Orleans strut composed by rhythm and blues legend, Allen Toussaint, “Play Something Sweet (Brickyard Blues)” has been covered time and time again, but no version was quite like Three Dog Night’s.

Three Dog Night comes out of left field with the deeply soulful, guttural bluesy rock explosion that is “Woman.” The dark, lustful track is a far cry from the sweet, pop-tinted “An Old Fashioned Love Song.” Once you think you have the band pegged, they drop a banger like the one below.

The band adds a gospel flair to a song laden with themes of Tibetan Buddhism. The subtle grooving “Shambala” refers to the mythical Shambhala, a kingdom mentioned in ancient texts said to be hidden among the Himalayas.

In the song, Shambhala takes the form of a metaphor rather than an actual place, illustrating a spiritual path on which one might find joy and enlightenment.

Well, I never been to heaven / But I been to Oklahoma

“Never Been To Spain” is a Three Dog Night classic. Written by Hoyt Axton, who also wrote “Joy to the World,” the humor-tinged, at times nonsensical, ever-enduring tune earned the band a top hit and further solidified their legacy in rock.

A Randy Newman penned song, “Mama Told Me (Not To Come)” was first cut by Eric Burdon & The Animals. It was Three Dog Night who popularized the tune, making it a longer number and giving it a funk fusion. The exaggerated vocals on the track also gave it an edge and made it essential in the Three Dog Night catalog. 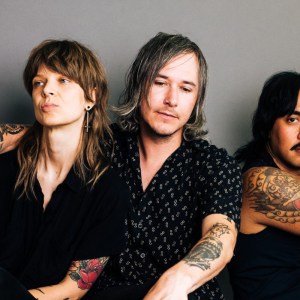 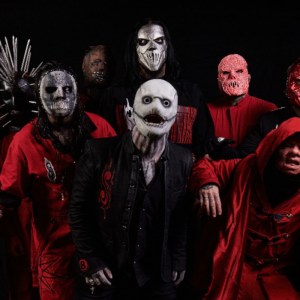