How Harry Nilsson started writing songs was fairly accidental. When he couldn’t remember melodies or lyrics of popular tunes he liked, he just began crafting his own.

Born in the Bedford-Stuyvesant section of Brooklyn, New York on June 15, 1941, and raised by his mother in NYC before later moving to California with extended family as a teen. Nilsson’s earlier dives into music came in the late 1950s when he became immersed in singing, urged by his uncle’s singing lessons, crooning along to songs by The Everly Brothers and Ray Charles. Prompted by his uncle, who gave him singing lessons, to use his voice for money, Nilsson soon landed a job singing demos by 1962 and began gaining some success as s songwriter thereafter, writing songs early on for Little Richard.

By 1968, Nilsson finally met up with members of The Beatles in London and was asked to write a song for one of their new Apple Records artists, Mary Hopkin. Nilsson would go on to work separately (and have notorious party nights) with Lennon and Ringo Starr on some of their solo material within the next few years. Richard Perry, who produced Nilsson’s 1971 hit-drenched Nilsson Schmilsson once called the artist “the American Beatles all on his own.”

Nilsson’s sixth album, The Point!, in 1970 was accompanied by the animated film of the same name, directed by Fred Wolf, which aired in early February 1971. Nilsson later composed the entire soundtrack for the 1980 hit Popeye.

Continuing to release albums of original music—even Nilsson Sings Newman, a collection of songs written for him by Randy Newman—Nilsson already had an extensive catalog of collaborations by the end of the 1970s.

Releasing plenty of his own original music throughout his career, Nilsson also handed plenty of lyrical pieces to other acts.

Here are seven songs Nilsson wrote for other artists from the early 1960s through 1980.

By the early 1960s, Nilsson connected with Phil Spector, and wrote three songs with him, two of which were for The Ronettes, including the 1963 ballad “Here I Sit” and “Paradise,” released in 1965. Both tracks were singles and neither made the cut of The Ronettes’ 1964 debut (and the only album ever released by the girl group), Presenting the Fabulous Ronettes.

In addition to writing songs with Phil Spector for The Ronettes, he also co-wrote “This Could Be the Night” for Spector’s Modern Folk Quartet around 1965 of 1966 (official date unknown). Using Spector’s marching rhythms and denser “Wall of Sound” orchestration, the song was a tribute to Beach Boys’ Brian Wilson, with the lyrics exploring a couple overcoming their shyness or inhibitions with one another.

“The Puppy Song” was written by Nilsson at Paul McCartney’s request for British singer Mary Hopkin’s debut album, Post Card, which was also produced by McCartney. Hopkin was an 18-year-old singer McCartney had just signed to The Beatles’ Apple Records. Nilsson later recorded the song himself on his fourth album, Harry, in 1969.

For a promo video for another Goodnight Vienna track, “Only You (And You Alone),” written for Starr by Buck Ram (Ella Fitzgerald, Glenn Miller, Ike and Tina Turner), the Beatle and Nilsson are seen miming the song on top of the Capitol Records building.

Later recorded by Nilsson for his 15th album, Flash Harry, in 1980, “Old Dirt Road” was originally written with John Lennon for The Beatle’s fifth solo album, Walls and Bridges, released in 1974. (The Lennon version also features Nilsson on harmony vocals.) Lennon would also produce Nilsson’s 10th album, Pussy Cats, in 1974. The title is a counter to the bad boy image the two drinking buddies earned from partying at The Troubadour. Pussy Cats also features Ringo Starr on drums and was produced by Lennon during what he referred to as his “Lost Weekend” period, when he had split from Yoko Ono and was in a relationship with May Pang.

Just one of the iconic tracks that weaved together the 1980 Robert Altman-directed musical comedy Popeye, starring Robin Williams as Popeye and Shelley Duval as Olive Oyl, the soundtrack was scored entirely by Nilsson with original songs—with the exception of “I’m Popeye the Sailor Man,” which was composed by Sammy Lerner for the original Max Fleischer cartoon—while he was working on his own album, Flash Harry. All songs, including Shelley Duvall’s longing-for-Popeye, “He Needs Me,” were sung live by the actors, leaving the official soundtrack versions a bit more produced. 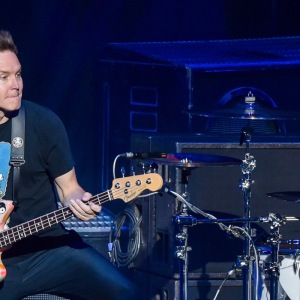 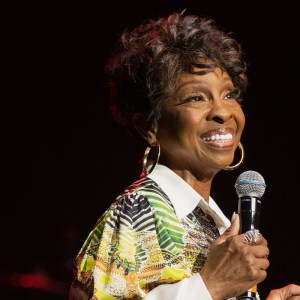