Folk artist Ryan Montbleau had an epiphany a few years ago. Prompted by a Bob Dylan interview from the ’80s, Montbleau began delineating two different approaches to musicianship—the rockstar and the medicine man.

“This is something I struggled with for many years on the road,” he says. “I want to be a medicine man. I don’t want to be a rockstar and worry about what jacket to wear on stage. I didn’t know that I didn’t have to be one. A rockstar embodies something on stage other people can’t do or attain. A medicine man, like Pete Seeger, heals.”

His new EP, Wood, embodies this role. The EP marks the first of a four-part album project, Wood, Fire, Water, and Air, and his first release since he put roots down in Burlington, Vermont. After two decades on the road, his house on the banks of Lake Champlain provides a newfangled sense of stability that now reflects in these three tracks. Rustic and earthbound themes feel grounded during uncertain times.

“These tracks are me, but these are the most in the folk vein,” he explains. “It seemed grounded, still rooted in things I’ve done already.”

Though familiar, Montbleau’s approach to this album project expanded past his typically organic studio process. With an established sense of self and home, the artist felt ready to experiment. Work on the record first began in the summer of 2019 at the gorgeous Guilford Sound studio in southern Vermont, where Montbleau and producer Adam Landry (Deer Tick, Rayland Baxter) laid down essential tracks with a rotating cast of players. For the next year, Montbleau worked with mixer/engineer James Bridges, fleshing out the sessions with various instruments, textures, and colors.

“I honestly didn’t know what this project was going to be for a very long time,” he says. “All I knew was that I had a bunch of songs I was excited about and that I wanted to take a new approach to recording them. My last few records have been really stripped down, raw. I knew for this I wanted to start heading in the other direction, learning how to make tracks sound and feel good.”

On a drive home from Connecticut, the pieces started falling together as Montbleau conceptualized these natural fixtures to attribute to the diverse set of full-bodied tracks. Rather than release the entire 15-track record all at once, he deliberately assigned his recent work to an element of the natural world.

“The tracks from Fire are what I would call—in my little world—bangers,” he laughs. “There’s even a hip-hop mix at the end of one of the tunes, so definitely higher energy than my other stuff. Next, Water throws water on all of that. It speaks to the reflective themes of sitting by the river or being at sea. Air holds old themes of being a lonely rockstar on the road, it’s one of the deeper themes.”

Finally, with his feet on the ground, the songwriter has honed his songwriting craft, delivering something untamed. His lyricism addresses shared complications, leaving space for interpretation and a lush soundscape to retreat where listeners may heal. 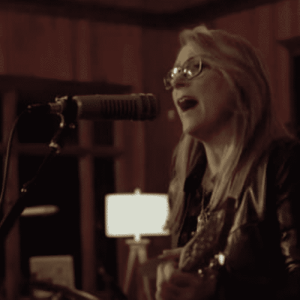 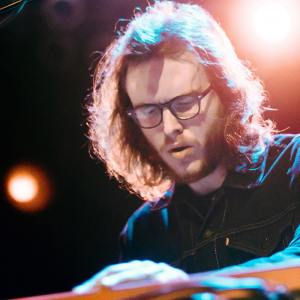