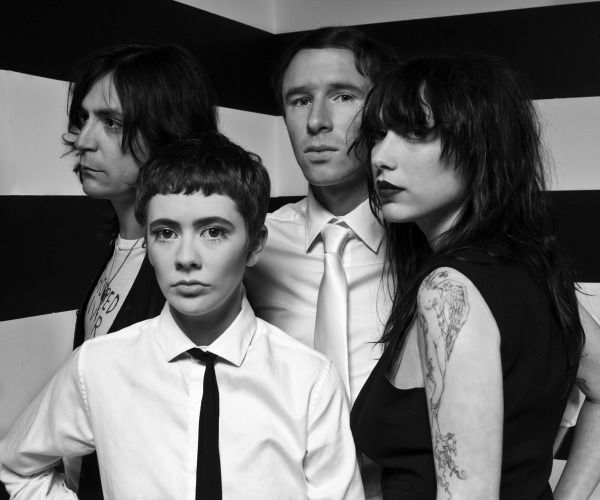 For 36 hours, in late July, a 9-foot-by-9-foot banner of four nudes locked at the hip hung from the façade of a south Nashville building. The figures in the black-and-white photo – two females flanked by two males – comprised the band Those Darlins. And the picture was the cover art for their next album, Blur The Line.

For the banner version, the band members’ faces had been cropped out. “We wanted to have people react to the cover image before they knew it was related to Those Darlins,” the band wrote on Facebook. “We didn’t want any associations our name currently brings to affect their initial reactions to the cover image … We wanted people to talk …”

People talked. Even the local Fox News affiliate did a story on the banner, which yielded a chain of reactionary comments on the station’s website. But mostly people seemed to dig it.

It was an alluring image, after all, and an appropriate one for an album that explores the shifting sands of gender roles in the 21st century. It’s called Blur The Line for a reason, and it also examines the boundary between sanity and insanity, the highway and home, and sounds old and new.

One of the key tracks is “That Man,” a slow-burning ’60s-era groove that plays out like a sequel to the cheekier “Be Your Bro” from their last album Screws Get Loose,  which features the line, “I may have girlie parts / But I got a boy’s heart.”

When Jessi Darlin performs “That Man” during a recent show in Nashville, it’s clear that it holds a special meaning for her. She looks waifish prancing around the stage in her all-white outfit, not unlike some scrappy youth from Oliver Twist. But she seems determined. She pumps her fist during the chorus at one point and exposes unshaven armpits as she screams, “That man doesn’t want me.”

The song is indicative of her relationship with men in general. “Men think tough girls are cool, but to actually deal with them is a pain in the ass. And when I say, ‘That man doesn’t own me,’ I’m saying that both parties are fucked up because the social standards of what men and women should be are all mixed up and wrong.”

To hear them tell it, Blur The Line is an important statement for Those Darlins, and one the band spent a year and a half writing. It also marks their first effort without bassist and co-founding member Kelley Anderson (they’re now an equal gender employer having picked up bassist Adrian Barrera), and their first pairing with producer Roger Moutenot (Yo La Tengo, Velvet Underground), who worked closely with drummer Linwood Regensburg on Blur’s sonic direction.

Blur The Line contains all the familiar Darlin hallmarks, with songs ranging from Ramones-style punk to raw country rock to Spectorish ’60s girl group vibes. And some of the songs have a distinctly Velvet Underground vibe to them – “If there’s ever any doubt, just go back to the Velvets,” Jessi says with a laugh. “We know we’ve got that in common.”

The band had about thirty songs to work with going into the studio. Jessi and Nikki Darlin pushed themselves to write more honestly, to dig deeper within themselves and try to discover what it was they really wanted to say. “Now I’m performing the songs live and I’m really putting it all out there, which makes you stronger, in general, as a person,” Nikki says. “And that’s really cool.”

“It takes a while to get to the point where you realize you need to go deeper,” adds Jessi. “But I think that part of being an artist is you’re always searching for the next step.”

Trippy rocker “Western Sky” sports the chorus, “I don’t wanna hear another civilized roar / Let’s make our own noise.” It sounds like a call to arms, and a mission statement for the band. Another, “Ain’t Afraid,” mentions “tumors on the body” and “not knowing what’s in store,” an apt metaphor for anyone charting a career in the music business.

Sitting with Nikki and Jessi on the patio of an East Nashville coffee shop in the blazing heat of mid July, our conversation keeps drifting back to Patti Smith’s memoir Just Kids. Both Darlins revere Smith as an artist who forged her own path, and they respect the fact that she works across a variety of artistic mediums (both Nikki and Jessi are visual artists).

“She was an oddball and people didn’t really get her until she became an artist,” says Jessi. “She taught us that you can be whatever you want to be. You have options. And I don’t think women really realize it as much that they do have options.” “She didn’t care what anyone thought,” says Nikki. “You have to put yourself out there, and be aggressive in your early years as an artist.”  Those Darlins are certainly putting themselves out there with Blur The Line. And we’re enjoying the show. 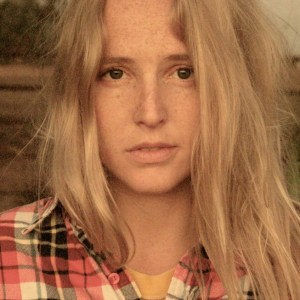 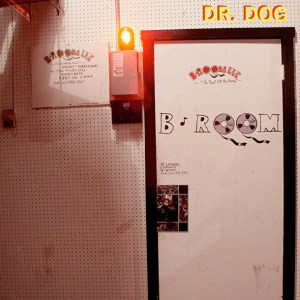