Mara Connor is a child of the ’60s, or maybe the ’70s—perhaps a little of both. Somewhere between a mod balladeer and an indie folk goddess, the Los Angeles-based singer and songwriter is definitely an older soul and felt entrenched in her roots, and eras past, when making debut EP, No Fun (Side Hustle Records), out April 3.

“I tend to gravitate toward quieter, introspective songwriters like Joni Mitchell, Leonard Cohen, and Elliott Smith,” Connor tells American Songwriter. “For this first collection of songs, I wanted to challenge myself and record to tape, with a full band and instruments ranging from sweeping strings to jangly twelve-string guitar like some of my favorite records from the Wall of Sound, Wrecking Crew era.”

Pulling in friends from Los Angeles and recording mostly in Nashville, Connor says this batch of songs are big and triumphant but the lyrics and stories behind each one is small, personal, and bittersweet. No Fun is Connor’s unraveled journal of self reflection and renewal as a person, and as an artist.

“For me, this EP is a time capsule of a moment in my life when I was finding my voice—as a songwriter, artist and woman—and a testament to the magic of music bringing people together,” she says. “I’m grateful to have worked with so many talented people on this project and can’t wait to share it.”

Title track “No Fun” sets off Connor’s blend of country and a certain doo-wop twang from yesteryear, slowing things down with an alluring, moody duet with Langhorne Slim on follow-up “Someone New.”

Following suit from the retro-ness of “No Fun,” new single “Wildfire,” lets Connor shine brighter, revealing something sultry, something country, and something uniquely hers, crooning You’re a wildfire and I’m a wildflower / And I’m ready to face the heat.

Inspired by one blistering night of “Devil Winds” (aka Santa Ana winds) in Connor’s hometown of Los Angeles, the story, according to Connor, goes something like this: she drifted off to sleep to Jonathan Wilson’s “Gentle Spirit,” and when she woke, the song, in its entirety, immediately poured out of her. “I like to think that the winds brought it to me,” she says.

Produced by Adrian Simon, son of Paul Simon and Edie Brickell, the “Wildfire” was recorded at WAX LTD, in Los Angles, where Jimi Hendrix and The Velvet Underground laid down tracks, while the remainder of the EP was finished in Nashville.

Visually, the video, co-directed by Mara and her filmmaker mother Kate Connor (Fort McCoy starring Eric Stoltz) and shot by Cristina Dunlap (Brandi Carlile, Lizzo), follows Connor on a loveless journey with a lifeless man—literally. He’s a mannequin. Yet, in her deranged state, Connor tries to make it work. At one point, her “man” fell apart and was sinking to the bottom of a lake before “he” was retrieved and repaired for Connor.

“As publicists, we sing the praises of artists we love all day long,” says Side Hustle’s Zack Kraimer. “Side Hustle began as an extension of that. It’s a new way for us to shine a spotlight on our favorite artists and help them grow. Mara Connor is one of those favorites for us. She’s a true artist with a clear vision. We’re so excited to see where her career takes her, and just as excited to be along for the ride.” 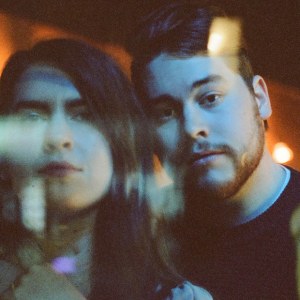 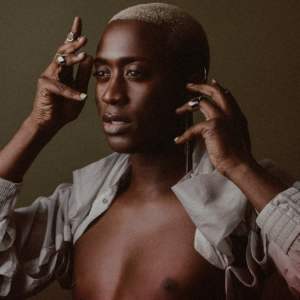