Over the course of Tigers Jaw’s five albums, most of the songwriting has been tasked to members Brianna Collins and Ben Walsh. For their sixth album, I Won’t Care How You Remember Me, and debut with Hopeless Records, the band wanted to do more. They adopted a truly collective writing process, creating a record representing the band’s binding quality of camaraderie.

Songs like “New Detroit” and the title track “I Won’t Care How You Remember Me,” featuring guest vocals by Andy Hull, offered a vital look into the members deepest thoughts and built a thematic starting point for the album.

“The title track is my favorite,” Walsh said. “It’s a song that I was able to get very honest, and very vulnerable with some of my personal experiences and write from a very honest, personal viewpoint. And so it’s special in that regard. And I think its place on the record is really important. It’s like the introduction to the whole musical and lyrical theme of the record.”

A longtime friend and fan of Hull’s band Manchester Orchestra, Walsh shares that Hull played an integral part of bringing the title track together.  “He just sort of glues the whole vocal part together in a really great way” Walsh says. “It’s just really cool to hear Andy’s voice in the mix of one of our songs. He’s one of my favorite voices one of my favorite songwriters, it was a really cool moment when he agreed to be a part of it.”

Like the title track, “New Detroit” was an equally reflective song following Walsh’s experiences of touring while coping with personal matters. “We were on tour in Australia, and I was thinking about the last time that I was on tour overseas. And my home life was in, kind of like a pretty messy place,” Walsh explains “I was just constantly dealing with issues from back home in a previous relationship, and just was constantly on my phone checking in on that kind of stuff. I took a step back and I was like and realized, ‘I’m the furthest away from home I’ve ever been, this is an amazing new experience and I’m just not in the moment at all.’”

Returning to Australia a second time, Walsh pieced together the rest of the song with a new perspective.  “This time around my life was in a totally different place and I was in a much healthier place in my own personal relationship,” he says. “So, it was just kind of a reflection on those two situations and it was a reflection on the overall theme of the record which has a lot to do with experiences and being in the moment and being more present.”

Yielding to a new outlook on life, Walsh along with his band also forged full steam ahead on co-producing the record, with Will Yip. Yip acted as the producer, engineer, and performance coach, but Tigers Jaw had complete control over their day-to-day, allowing for more time to really pick apart each song in their new collective approach, that ultimately ended in re-writing many of the  songs in studio.

“We took everything song by song,” Walsh says. “Each song had basically two days devoted to it, where we would just totally immerse ourselves in that idea. And so all the performances, all the tones and arrangements were fully tailored to that song. I think that allowed each song to really take on its own voice. Wil was super, super instrumental in that process. He really pushed us to take each idea to the limit and make sure that it was the best that it could be and that our performances were the best.”

“We had demos and a surplus of songs before we got to the studio,” drummer Teddy Roberts adds. “The demos had been rewritten at least twice over by that time. Then we did a round with a full band, and then we listened. And then we went back and rewrote them all again. At a certain point you want to be able to call it quits because you want to be able to finish stuff. Having Will there to really help craft the songs in that last round really brought the songs to their final form.”

Adopting a new writing process, co-producing, and signing to Hopeless Records, which is known for its honest and hands-on reputation, Tigers Jaw has made a record that brings them back to the early days of the band, when they were starting out in their small Pennsylvania hometown.  Now, at the height of mid-level success, the one thing they are most happy about is not their success but their unwavering authenticity. They never sold out and they always made music that they believed in with realistic goals and perspectives.

“For me, first and foremost, if you want a long-term career in music, it has to be about doing something that you believe in and truly stand behind,” Walsh adds. “It’s definitely been a slow and steady build for us, but we’ve always done things the way that we wanted to do them.”

“You got to be doing it for the right reasons,” Roberts adds. “You have to be happy doing it. And the bands you are looking up to on the radio, build up this idea that in order to be in a rock band you got to be in the fucking Foo Fighters or something or not at all. But we’re not the Foo Fighters, and we’re still successful. You can be genuine and in a successful band, that’s real with your friends. You just have to enjoy every step of the way. The second you start cutting corners to be like certain people the less genuine you’ll be.”

Check out Tigers Jaw’s I Won’t Care How You Remember Me here , out March 5. 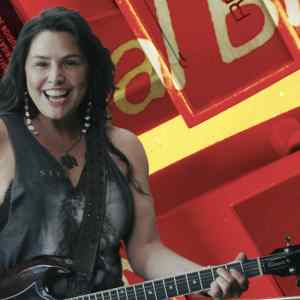 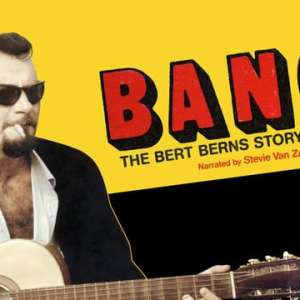