Legendary soul singer Tina Turner is mourning the death of her son, musician Ronnie Turner, who passed away on Dec. 8. He was 62.

“Ronnie, you left the world far too early,” the singer shared in a post on social media alongside a black-and-white portrait of herself. “In sorrow, I close my eyes and think of you, my beloved son.”

Ronnie’s death was confirmed by his wife, French singer Afida Turner, in an Instagram post. In the post, she called Ronnie “a true angel” and her “best friend” alongside a montage of photos of the late son, husband, and musician. “I did the best to the end this time I was no[t] able to save you,” she wrote in the caption. “Love you for… 17 years this is very very very bad and I am very mad. This is a tragedy u with your brother Craig and your father Ike Turner and Aline rest in paradise… So unfair.”

Tina previously lost her eldest son and Ronnie’s older brother, Craig, in 2018, as well as her ex-husband and Ronnie’s father, Ike Turner, in 2007. Tina’s sister Alline Bullock, died in 2010.

TMZ broke the news of Ronnie’s passing, reporting that 911 responded to a call from a person who said Ronnie was having trouble breathing outside of his California home. Despite CPR attempts by bystanders, responding paramedics pronounced him dead at the scene.

While unclear what exactly led to Ronnie’s medical emergency, it was reported he had past health issues, including cancer.

Since the news of Ronnie’s passing, celebrities and fans alike have offered their condolences to the Turner family. “I love you so much,” commented actress Adrienne Warren, who played the singer in Tina: The Tina Turner Musical, “I just want to give you the biggest hug. I’m so sorry,” and “So sorry to hear about such devastating loss,” wrote singer Margo Price to the star on Instagram. “Sending love to you and your entire family.” 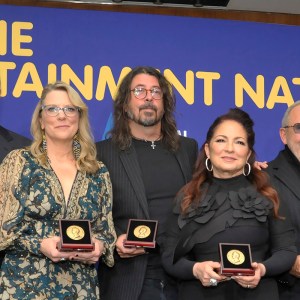