Whoever said “never meet your heroes” didn’t consider the upside. It’s understandable — every celebrity has their off day, and it’s an act of self-preservation to avoid being on the business end of their worst moments. But sometimes they’re accessible, friendly, even generous. As Titus Andronicus’ frontman, songwriter and sole permanent member Patrick Stickles discovered, his own musical hero Bob Mould — onetime frontman of bands such as Sugar and Hüsker Dü — even expressed appreciation of his music.

“I was reading a profile of him on Stereogum. And both Bob and the writer agreed that they loved Titus Andronicus’ music,” he says. “He used the word ‘love.’ And I was like, ‘Holy shit, I don’t think he would have even heard of us!’”

Upon making this discovery, Stickles made the bold move of asking Bob Mould if he’d be interested in producing Titus Andronicus’ next album. Getting to that point took a few extra steps — Stickles had run into Our Band Could Be Your Life author Michael Azerrad at a party, which led to a chain of emails and eventually Mould signing up to be in the producer’s seat for the group’s sixth album An Obelisk, a punk rager that has all the energy and intensity of many of Mould’s own best albums, as it turns out.

An Obelisk is something of a companion piece to last year’s A Productive Cough. But where that album was all ballads, barroom piano, acoustic instruments and a Bob Dylan cover, this one is a rock album through and through. There’s not a song in the bunch that isn’t fired up on heavy doses of overdrive or surging with punk energy. It’s not an overcorrection for the previous album’s indulgences into ballads, however. When combined, the songs from the two albums aren’t any more polarized than anything on their previous albums, particularly the sprawling experiments of 2015’s triple-album The Most Lamentable Tragedy.

For Stickles, Titus Andronicus has the potential to be anything he wants it to be, though there are definitely some things that it won’t be.

“I’m not trying to obfuscate the purpose of Titus Andronicus or the identity of the project, but I do want it to be flexible,” he says. “And I want to have the liberty to follow my wandering muse wherever it may lead. I don’t want to abuse that privilege. We’re not going to do a drum machine record, not that there’s anything wrong with it. I want a certain amount of flexibility. I don’t want to be pigeonholed to one particular style. Fast songs, slow songs, rock songs, acoustic. It’s all just window dressing, really.”

As any good punk album should, An Obelisk reflects the political realities of the moment. First single “I Blame Society” is almost a caricature of punk’s fuck-the-world attitude, but it harbors a feeling of dread that’s ever-present today: “It seems earth is speeding swiftly towards a grave catastrophe.” Yet on “Tumult Around The World,” Stickles further dives into that idea in recognition of pervasive oppression: “Everywhere there’s someone hurting/ Someone lower on the chain.” Even the title of the album, An Obelisk, is symbolic of living in the shadow of the powers that be. But ultimately this album is about how these ideas affect everyone, and in order to truly be free, that freedom we seek must be extended to everyone else.

“A problem that a lot of these so-called punks find themselves in is they want freedom for themselves, but they fail to see how you can earn freedom for yourself while offering that freedom to others,” he says. “We accept in our universe that there’s a void of higher meaning, and the meaning in our universe is the meaning we impose upon it. If we accept that’s true, we accept that whatever meaning every other person imposes on their universe is just as valid as the one we impose on our own.”

As Titus Andronicus crosses over into its second decade of existence, Patrick Stickles is leaving his own imprint on punk history. He admits that he’ll probably never be more famous than he is now, but he’s achieved a level of success where his own heroes will actually email him back. But more importantly than that, he’s stepped into the same role that his heroes once occupied, making music that leaves a positive impact on someone else’s life.

“I’m probably not going to be more famous than I am now or have more money,” he says. “I would like these things, but it seems unlikely, so I need a different reason to keep on doing it. I ended up making music that means something to people, and through meeting a lot of them, they’ve made clear to me all the good things that music does to their lives. I recognize that story from my own life — I’ve been the beneficiary of other artists that offered me the validation through their art that I wasn’t getting in my life.

“As I get older and it seems less likely that i’ll get famous and rich, the service I provide has become my primary motivating factor. Not an invitation to Coachella,” he continues. “Not that I’d turn it down if I got one tomorrow.” 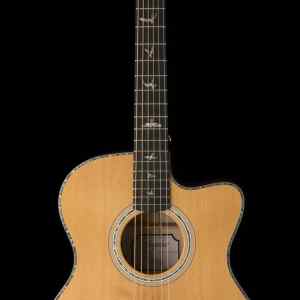 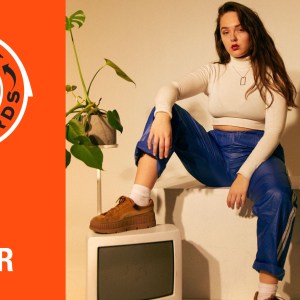