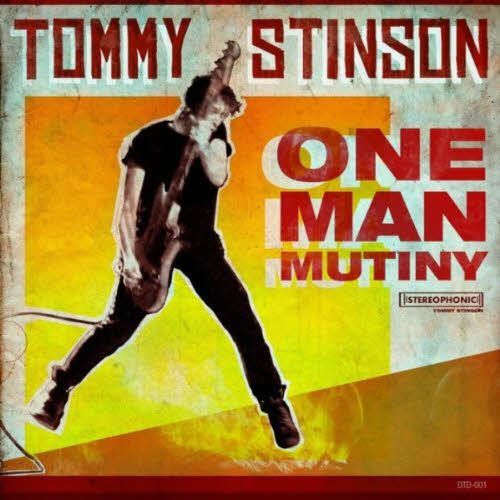 With a new-found focus and confidence in his songwriting, Tommy Stinson, Mr. ex-Replacement, has released One Man Mutiny , probably the most consistent record quality-wise of his solo career (aside from Bash & Pop’s classic debut, Friday Night is Killing Me, of course, still a high point.)

Never one to sit still, Stinson has been doubling down as the bass player for both Guns and Roses and Soul Asylum now for years. Early on, he occasionally released records under the guise of his own bands, Bash & Pop and Perfect. This is his second solo record, but the first to be on his own label, Done to Death Music. Tommy is donating record proceeds to Haitian refugees after visiting the earthquake-torn country last year.

So many soused tall tales and shaggy-dog stories have been ginned up about the post-punk pioneers through the years that there’s no need to rehash the raw magnificence of the Replacements. Maybe it’s enough to say this: Tommy was thirteen when he joined the Minneapolis wrecking crew, and twenty-four when the band broke up in 1991. Behind their seven seismic records and one of a kind, volcanic live shows, the foursome became legends in their own time—not a minor feat for a cast of scrawny, suburban punks with a blonde, teenage bass player holding a fake ID amongst them.

One Man Mutiny does a great job of balancing Stinson’s pop-punk sheen with a bittersweet dose of aching ballads. From the punchy, bright rhythms of the should-be, first single, “Meant to Be”, to the chiming anthem, “All This Way for Nothing”, Tommy’s new songs flow into each other with little drop-off in quality. He even offers up his first duet on “Destroy Me” with his fiancee, Emily Roberts, whose uncle, Chip Roberts, shades a few songs like “Zero to Stupid” with plaintive pedal steel guitar to give them a countryfied lilt.

Like his ex-bandmate, Paul Westerberg, Stinson soaks his songs in yearning–but uses lighter, less melancholy tones. His engaging, hyperactive yelp of a voice propels him through the set, and though he might lack Paul’s raspy presence, Tommy shares his old friend’s gift for melody and a similar rascal’s charm. Both traits serve him well here on this mid-tempo, spiky round of rockers set in major keys.

It’s worth remembering that Jim Dickinson, the legendary Memphis musician who produced the Mats’ Pleased to Meet Me as well as Big Star and also played with the Stones, once said, “Some people say that Keith Richards is the embodiment of rock ‘n roll. Well, I know ’em both, and I say it’s Tommy Stinson. Keith is a cowboy, he goes back to Gene Autry. Tommy—he goes back to Johnny Thunders. Tommy Stinson is rock ‘n roll.”

Tommy recorded the title track in a Belgian hotel on an off-night while he toured with Guns and Roses. It’s an acoustic stunner, a late night lament full of road-dog fumes and regret, a Stinson primer.

What becomes more obvious with every new Stinson release is that Westerberg never solely owned the blueprint patent on the Replacements’ sound. Their classic brand of ragged but right, guitar driven rock echoes thru Tommy’s music as much as it does through Paul’s—a lucky blessing for us. 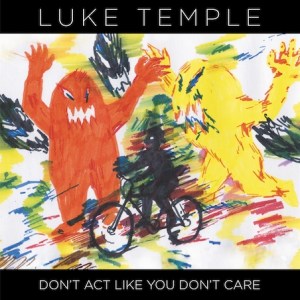 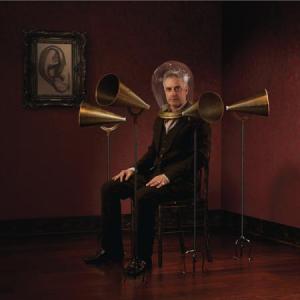