Pythons, guillotines, and mutilated dolls—oh my. Notorious for over-the-top, shock rock theatrics from the earliest days, Alice Cooper and his band crafted some of the most iconic rock songs in history. Born Vincent Furnier on Feb. 4, 1948, Cooper was always more Vincent Price than the Dalai Lama. (Coincidentally, Cooper and Price created a short film and performance of Welcome to My Nightmare track “The Black Widow” in 1975.)

Though the quintet, featuring Cooper along with late guitarist Glen Buxton, rhythm guitarist Michael Bruce, bassist Dennis Dunaway, and drummer Neal Smith had a short lifespan, disbanding in 1975, the music of Alice Cooper has always been more than the horror- and monster-themed figments of their imagination on stage. The band released seven albums with hits like the anthemic “School’s Out” and the complex coming-of-age “I’m Eighteen” and beyond.

Furnier, who legally changed his name to Alice Cooper, continued the grand illusions throughout his solo career, keeping the shocking theatrics intact, while releasing 21 solo albums throughout his career, including chart-topping Trash in 1989 through his most recent release Detroit Stories in 2021.

Below are a handful of some of more memorable Alice Cooper songs dating back 50 years and into the ’90s.

Cooper’s first single off his debut solo album (no longer the Alice Cooper Band) of the same name, the songs follow the childhood nightmares of a boy named Steven, and “Welcome to My Nightmare” is the perfect introduction into Cooper’s twisted new world.

The first Billboard Hot 100 hit for Cooper and the Band, off his sixth studio album Billion Dollar Babies, “Elected” was released several months before the presidential election of 1972, a contest between Richard Nixon and George McGovern. Singing We’re all gonna rock to the rules that I make, Cooper even satirically ran for president—one of many times to come.

Keeping with Cooper’s ever-twisted humor, “Under My Wheels,” off the 1971 album Killer, tells a less-savory tale of a relationship in a dire state. Written by guitarist Michael Bruce and bassist Dennis Dunaway, who also wrote “I’m Eighteen” and “School’s Out,” along with producer Bob Ezrin, “Under My Wheels” was rerecorded by Cooper and Guns N’ Roses in 1988 for The Decline of Western Civilization Part II: The Metal Years.

A ’90s Cooper gem hidden on the Hey Stoopid album, “Might As Well Be on Mars” is as big a ballad as any other in the Cooper vault—“Only My Heart Talking,” “Only Women Bleed”—and the heartache of Cooper’s cosmic croon You’ve turned my world into a dark and lonely place / Like a planet lost in space, my light is fadin’ / I’d cross the universe to be right where you are / But I’m right in your backyard / And I might as well be on mars.

Written by Cooper, guitarist John McCurry and producer Desmond Child, “Poison” and the Trash album closed off the 1980s on a high note with the track reaching No. 7 on the Billboard Hot 100 chart and No. 15 on the Mainstream Rock chart and remains one of Cooper’s most well-known songs.

Also off Billion Dollar Babies, “No More Mr. Nice Guy” tells the story of a man—Cooper, who was no longer concerned what people thought of his shock rock, over the top persona on stage— living life on his own terms I used to be such a sweet, sweet thing / ’Til they got a hold of me / I opened doors for little old ladies / I helped the blind to see/ I got no friends ’cause they read the papers / They can’t be seen with me and I’m gettin’ real shot down / And I’m feeling mean.

Released in 1973, Billion Dollar Babies was Cooper’s best-selling album at the time, reaching No. 1 on Billboard 200 chart. Opening on the epic “Hello Hooray” (see below), the album features a cast of musicians including T. Rex’s Marc Bolan on guitar and Bob Erzin on keyboards with Donovan on backing vocals on the title track. Often mutilating dolls on stage while performing the track, Cooper addresses the dangers of excess in the song, which was recorded in a mansion in Greenwich, Connecticut.

Penetrable from its opening riff, the title track off Cooper’s fifth album, “School’s Out” was his answer to the following question: “What’s the greatest three minutes of your life? “There’s two times during the year,” said Cooper. “One is Christmas morning when you’re just getting ready to open the presents. The greed factor is right there. The next one is the last three minutes of the last day of school. You’re sitting there, and it’s like a slow fuse burning. I said, ‘If we can catch that three minutes in a song, it’s going to be so big.’”

Capturing the frustration of the teen years, “I’m Eighteen” was written during a time in America when you were not old enough to drink or smoke at 18 but you could get drafted into the Vietnam War and soon became the most fitting anthem. Technically 23, not 18, when he wrote it, Cooper sings through the vexing nature of being caught somewhere between childhood and teen years and adulthood with Lines form on my face and my hands / Lines form on the left and right / I’m in the middle / The middle of life / I’m a boy and I’m a man / I’m eighteen and I like it.

If there was an award for the best opening track on an album “Hello Hooray” would surely hold the honor. A grand motion of theatrics, often replicated in Cooper’s live performance of the track, “Hello Hooray” introduces listeners to what they’re about to experience on Billion Dollar Babies: Hello! Hooray! Let the show begin / I’ve been ready / Hello! Hooray! Let the lights grow dim / I’ve been ready.

Off the 1980 album Flush the Fashion, “Clones” may not be the most common track popping up on Cooper’s Greatest Hits loop but is well worth a listen. A more experimental album for Cooper, with the heyday of the ’70s behind him, more synth and Kraftwerk-ian elements were fused into the standout track, written by the late musician David Carron. The track brought Cooper into the ‘80s rounding out with his mega-hit album Trash in 1989, and has been covered by artists throughout the years, including Smashing Pumpkins in 1996. 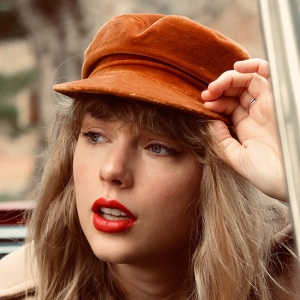 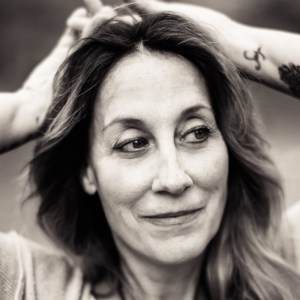