Boston being the modern metropolis that it is, an active and locally esteemed roots and jam band might not be the first kind of musical group someone would associate with The Hub. Nonetheless, the quintet known as Town Meeting – Luke Condon (vocals, guitar); Brendan “Babe” Condon (vocals, harmonica, percussion); Russ Condon (vocals, drums); Tim Cackett (mandolin, lead guitar, vocals); Derek Fimbel (bass, banjo, vocals) – have worked hard over the course of four releases to make a name for themselves and not just within established country and folk circles but also with budding live scenes like the Underwater Sunshine Festival curated by Adam Duritz of Counting Crows.

Boasting music that’s richly textured with a wide tonal palette thanks to the group’s stocked arsenal of instruments, Town Meeting’s style of jamming country never feels sonically static and offers lots of tiny moving pieces of sound – all while keeping melodies light, upbeat, and memorable, as opposed to dynamically overwhelming and sonically dense.

Despite needing to remain at home, Town Meeting are preparing for the release of third full length, Make Things Better, which comes out June 19, 2020. Prior to the record’s arrival, the three Condon brothers sat down with American Songwriter for a family round table, to share their insights about everything from the “then” vs. the “now,” how the band has fared with the added pressures of a family dynamic in the mix, and some of most striking artistic decisions on Make Things Better, right down to the album’s very specifically-worded title.

Take listeners – especially those new to your music – back to the beginning, the genesis of the band from its earliest incarnation even before you were officially a band.


Luke: We’ve all been writing songs since we were kids. Honestly. For me it was rap songs, Parodies (I was a heavy Weird Al fan from 12 to 15), whiny love ballads, etc. When I learned to play guitar in my mid 20’s I started playing some more folky songs I had written around my city. I’d take Russ with me to play a djembe and sing harmonies and/or melodies with me. We had a blast. Most of the gigs were short ones. Thirty to forty minutes tops. After a while Russ started showing me some songs he wrote and they were great. Really great, actually. I still remember him showing me a song called “People Falling” and thinking, ‘Cool. Cool, cool.’

Like, I couldn’t believe it. Our first official Town Meeting show was at a small coffee shop called Chaibo in Fitchburg, MA and it was three hours long. At the time of our incarnation it was myself, Russ and our friend Isiah. Both of them played a drum – I can’t remember if Russ had switched to a cajon or not yet – and myself on guitar. A few weeks later we brought in Dean Adrien to play Electric and Tim to play Bass, and not long after that Brendan joined with some Harp and extra percussion. That’s when it really clicked, in my opinion. That’s when we became Town Meeting.

Russ: We’ve had our fair share of horror stories, for sure. But I honestly think the good outweighs the bad when it comes to making music with family. At least for us. I love writing and playing songs with my brothers. There’s a chemistry that can’t be forged. The harmonies feel richer. The jams feel organic. Even the silly banter between songs feels a bit sweeter. Because we grew up under the same roof beating each other up and fighting for the last bowl of buttered noodles, there’s a safety net there. We can fight. We can go through dark stretches of bitterness. But I think deep down we know there’s a love between us that can’t be scratched out like notches on the side of table. I think that’s the biggest benefit. We’ve gone through some pretty crazy shit together and come out the other side feeling better because of it. In the beginning we’d write most of the songs on our own and bring them to the band to flesh out in small ways. Now we almost always write together. It’s pretty great.

“Bleeding Hearts,” the first single off the new record, is a bit closer to previous work. Can you dive into how that song came about and, as the first track off the record, what sort of experience are you hoping to take both your fans old and new on with it?

Luke: I love how this song came about. I believe it started as an idea Brendan had. He showed Russ the first verse and chorus and I think they sort of developed the final melody together. Russ almost immediately wrote a second verse and when they showed it to me, they suggested I write a third. I tried for a few days but for some reason couldn’t come up with anything. Fast forward almost eight months later and I’m going through old voice memo’s and this song pop pops up.

This time it hit me pretty hard. Those eight months were some difficult ones. We lost a few band members and a lot of internal stuff had really rang us dry. But we had some long healing talks and worked a lot of stuff out and then here I was listening to voice memo’s and a third verse sort of fell into my lap. I love this song so much because it’s a great mix of our older and newer sounds. It’s rich with melodies and messages of hope. It tackles the uncertainty of the future and makes it a brighter thing. It’s got a real “everything’s gonna be ok” theme, but in a realistic way. I also think it’s important to give our producer Dan Cardinal a shout out for finding the perfect vibe for the song. He really found the heart of it and brought it to life in the best way. Thanks Dan!

“Forget Me Nots,” seems like a radical departure from earlier songs, like “West of Seattle” or “Good Enough.” Where did that come from, what sort of musical influences are you pulling from to create a new sound for Town Meeting, and how did this one take shape?

Luke: This song was another slow build, but damn am I happy with how it came out. We were playing a festival up in Lyndonville, Vermont and we got a big airbnb to make a weekend out of it. The morning after we played, Brendan showed me this idea he had for a song. I think at the time all he had were the first four lines and the melody but I was instantly hooked. It wrinkled my brain. We poured a few drinks and sat with it for a few hours and wrote most of the rest together up there. But musically we never could never really figure out where to go or how to arrange it. So we sat on it. For a year and a half. Not kidding. It wasn’t until Tim started taking over electric full time and Russ upgraded to a full kit that we took another look at it. And thank God we did. It went from being an ok sounding acoustic tune to one of the hardest songs we’ve ever written. All props to Tim and Russ for breathing some real wild shit into this song. They really put some meat into it.

What does Town Meeting mean for the band, and is there a message behind the title of the new record “Make Things Better?”

Brendan: To me, Town Meeting means community. It’s small town. It’s comfort food. It’s back roads and homemade fire pits. I feel like the name Town Meeting is streets ahead of whatever it was originally supposed to mean.

Make Things Better is a line from a song on the album called “The Fourth Verse”. It was written during a time of turmoil and uncertainty. A time where we weren’t sure what our fate was. We had lost our way for a bit. When we found it again, slowly but surely, we re-evaluated everything. Our motivations. Our sound. Our goals. All of it. What we wanted and what we needed and what we brought to the table. We took a good hard look at it all and decided that if we were still gonna do it, we wanted to do it better. If we were gonna keep making music and art and all the things we were making, we wanted to make things better. Honestly there’s so much more to it than that, but that’s what came to my mind.

Check out the newest single from Make Things Better, “Silence Speak,” below: 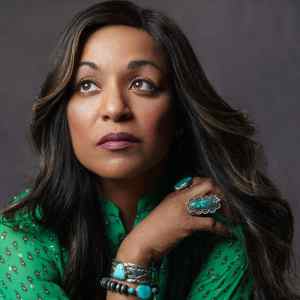 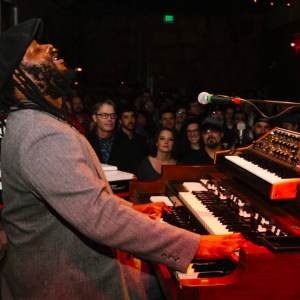