When listening to the Seattle-based instrumental soul group, the Delvon Lamarr Organ Trio, you might hear the chorus of your favorite song played eloquently on a nimble organ. The thing is, however, that chorus might be wrapped in the body of another song or even a song within a third. That’s the nature of DLO3. The band’s music often resembles a Russian Doll where the hook from a hit like “Move On Up” is tucked into a cover of another like “A Change Is Gonna Come.” Organist and front man, Delvon Lamarr, is a sonic encyclopedia. Fans can enjoy his vast acumen via the group’s latest single (a cover of “Inner City Blues”) or forthcoming live streams on the group’s Facebook page June 1st and 3rd.

“I’m my own Spotify,” jokes Lamarr. “Everything I hear stays in my head.”

In a way, Lamarr has a super power. And his on-stage brother in music, guitarist Jimmy James, shares it. Together, the two trade licks and riffs while performing, upping the ante with a line from Eric Clapton here, Robert Johnson there, David Bowie here and Aretha Franklin there. It’s a type of sampling that has a long history in soul and jazz music and it’s one that rivets DLO3’s audiences, from the United States to Europe.

“Europe is off the hook, man,” Lamarr says. “I love going to Europe. It’s just a different thing. Cats in Europe are really digging what we do, the vibe, the feeling. They’re super in-tune with soul music.”

Lamarr remembers playing a short set at a French festival. But when the band was done, the audience clamored for more, banging on the stage, nearly breaking things to get more. The festival promoter asked the band to continue. Lamarr also recalls two separate occasions when women jumped on stage to try and “lock lips” with both him and James.

“This little old lady jumped on stage and made a bee-line for Jimmy James,” Lamarr says, with a laugh. “She kissed him right on the lips mid-song. Security had to get her off. Another time, I’m playing and I look up and see this lady running at me. She’s pulling on my suit coat as I was playing trying to get a kiss!”

While he’s become a master of the organ, Lamarr didn’t start out playing the keys. Lamarr, who grew up around music, had a brother who was also a hip-hop producer (perhaps that’s where the sampling impetus comes from). In 7th grade, faced with the choice between home economics and band, Lamarr chose music. First guitar, then he quickly shifted to brass horns. He’d realized that he had aptitude with just about every instrument in the band room, from flute to clarinet to trombone, trumpet and tuba.

“I have a very visual memory,” says Lamarr.

Later, the organist found himself at the small Seattle music clubs that have fostered and grown Emerald City musicians for decades. At one particular club downtown, Lamarr started to study Joe Doria, a sought-after organ player in the city. Utilizing his superior skills of observation, Lamarr picked up how to play organ – foot pedals and all – by just watching Doria. From those days, he continued to improve and play in other bands around the city.

His wife, Amy Novo, who is now DLO3’s manager, pushed Lamarr to be a part of his own project. He resisted but, finally, years later, he relented and allowed Novo to found the trio.

Lamarr, who had met James at a club in Seattle years ago, says the first time he saw the guitarist play, “Jimmy blew everyone away.” As it would turn out, despite not knowing each other until adulthood, the two musicians grew up on the same favorite songs: 60s and 70s soul, rock, blues and jazz. Motown was a favorite.

“I’d met Jimmy when he wasn’t even old enough to be in the club,” Lamarr says. “We have a pretty unique chemistry. What really helps with that is our musical influences growing up. We’ve been listening to the same music our whole lives even though we didn’t know each other. It basically puts us on the same wavelength.”

To date, DLO3 has earned millions of views on YouTube, including over seven million for a warm-up video with the famed radio station, KEXP. Lately, however, like every other band in the world, the trio is “bored” and stuck at home. To pass the time, Lamarr is building a home studio to record new music and, he adds, DLO3 should have a new album to release January of 2021 on Colemine. For Lamarr, the music won’t stop. He loves it too much.

“It speaks to me,” Lamarr says. “But the other thing I love is what the music does to other people. They always say music is ‘the food for your soul.’ When you feed the people, man, there’s no better feeling than that.” 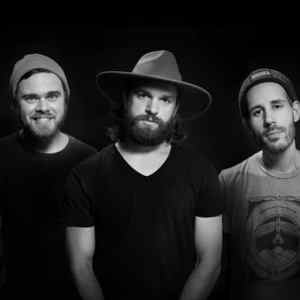 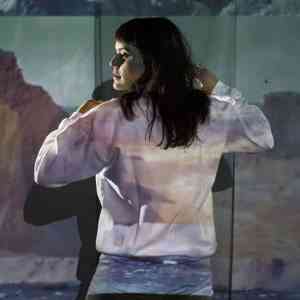