Seth and China Kent, the self-described eclectic folk duo Alright Alright from Denver, Colorado, aren’t the first pair of people to make a go of marrying their musical and matrimonial lives. What might be pleasantly brow-raising for these two musicians, is their decision not to retreat in the safety of folk music’s purposefully polished string plucks, angelically harmonizing vocals, and lush drapes of billowy reverb, which often serve as stylistic points of contrast against a song otherwise meant to narrate adversity.

The Kents’ chosen stage name might be Alright Alright but in the case of the band’s latest single, “Trans Am,” that bit of minimalist optimism is just about the only presence of an emotional buffer for the detail-rich albeit fictional story that the pair offer to tell.

Premiering today with American Songwriter, “Trans Am” is the leading single from Alright Alright’s forthcoming album, Crucible, which will be released on October 23, 2020. Though this song is not derived from their personal experiences, plenty of other tracks on the album are.

“This song was a journey in writing. For as long as I can remember since moving to Denver, and up until late last year, there has been a yellow early 80’s car (I actually think it was a Camaro rather than a Trans Am, but they look real similar and Trans Am sings better) sitting on the north side of I-70 in the Colorado town of Georgetown,” says Seth Kent.

“It barely ever seemed to move,” he continues. “It’s like a landmark around here; when I talk about it and when (China and I) play this song live in Colorado, someone almost always comes up to us to say, ‘I know that car!’ It has since disappeared from its parking spot, sadly. Naturally I fell into an unhealthy love with the beast over the years and was tempted to pull over and leave a note on it saying I wanted it.”

Seth Kent doesn’t downplay his admission of fixation built into “Trans Am.” For everyone else who’s not experiencing this song through a directly autobiographical, first hand lens, the narrative won’t hit quite the same way. However, just like any well written book, powerfully scripted film, or scrupulously drawn picture, one can definitely come to understand and possibly empathize with the very relatable day-to-day, steady stream of emotional wear Alright Alright unveil over this 3:18 song.

“I think in the end the reality in the song is true for all of us,” Seth Kent says.

“Sometimes we feel like we need a break or an escape. Adulting is hard, there is a bit of a nostalgia of a past we never had. For a bit of fanciful flight these obsessions can be healthy and give us some hope and joy, but if we let that pull on our hopes too hard we will spiral into false fantasies. Reality is still with us,” he explains.

The idea that folks can become stuck in mental spaces of obsession and disillusioning fantasy in order to feel more comfortable translates over into Seth Kent’s primary vocal melody. The notes don’t travel very far in pitch throughout the song, moving in step wise intervals and flying over phrases whose chords either resolve smoothly and fully or end on half cadences, as is the case at the end of the choruses.

This is a smart choice, as the mild uncertainty in a half cadence helps to propel the music forward so it can find a place to complete its resolution and in this case, the choruses weren’t self-contained perfect scenes so it makes sense for the song to need to move forward so Alright Alright can reach their needed conclusion in “Trans Am’s” story. The music itself is powerful, even with its relatively calm instrumentation, as the song doesn’t opt to provide closure either melodically or lyrically. Thus, the only option is to learn more about the band, lest this snapshot leave listeners with a downright somber picture, which would be an unfortunate place to stop because as it is, “Trans Am” was created with an intention of comedic levity.

“The main idea of the song came together fairly fast after the encouragement of producer Ben Wysocki to give myself permission to write a funny song. We felt like we did a good job of keeping it light but not letting it fall into a cheesy spot where the narrative felt trite,” says Seth Kent.

“Having said that,” he continues “if you know who owns this car and where it disappeared to, I do actually want to buy it.”

Check out the tune and if you dig it, consider a pre-order on your favorite digital service. 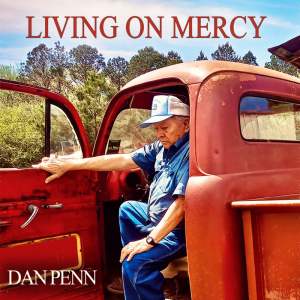 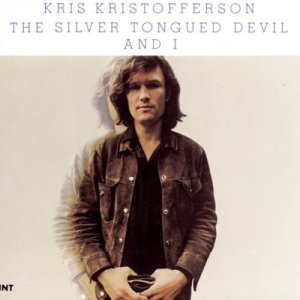