It’s common for songwriters to try and disguise the identity of those folks they write about in their songs, if only to preserve the mystery a little bit. Kris Kristofferson must have known, however, that his song “The Pilgrim, Chapter 33” was an airtight piece of work, and so he names all of the potential suspects that partially inspired the song right off the bat in the spoken-word intro.

Among the candidates he mentioned are just about every musician who played on 1971’s The Silver Tongued Devil And I, Kristofferson’s second album which contains “The Pilgrim,” as well as bold-faced names from the worlds of music and movies like Johnny Cash, Jerry Jeff Walker, Ramblin’ Jack Elliott, Bobby Neuwirth and Dennis Hopper. Come to think of it, he could have named just about any one of the iconoclastic characters that frequented Hollywood and Nashville around that time and the song would have seemed like a dead-on portrait of that person.

Kristofferson writes with such emotional insight that you have to believe that he saw a lot of himself in the character as well. As he told CMT in a 2007 interview, “Well, there were a lot of people that the pilgrim stood for or that I felt fit into that category, and most of them were people who were serious about songwriting, but an awful lot of us just looked like we were out of work.”

Like all great songwriters, Kristofferson knows just how important those first lines are, so he delivers an opening couplet here that combines telling details with a searing simile to let us know exactly what this Pilgrim is all about: “See him wasted on the sidewalk in his jacket and his jeans/ Wearin’ yesterday’s misfortunes like a smile.” With the scene so effectively set, he can go about telling the rest of the story, how this outlaw has seen better days but forges on nonetheless “searchin’ for a shrine he’s never found.”

One of the hallmarks of Kristofferson’s best songs is his ability to make his poetics seem effortless and plainspoken, while his scratchy, deep voice adds an extra patina of integrity to seal the deal. What makes “The Pilgrim” so effective is his ability to both romanticize the character’s rebellious stance without skimping on the damage that he’s done to himself: “Runnin’ from his devils, Lord, and reachin’ for the stars/ And losin’ all he’s loved along the way.”

Kristofferson suggests that the character ultimately doesn’t regret his decisions, especially in the final verse when he sings, “The goin’ up was worth the comin’ down.” In the chorus, Kristofferson demonstrates just how much of a “walkin’ contradiction, partly truth and partly fiction” this guy is, using the timbre of his vocal to vacillate between the better angels and the pesky demons that accompany The Pilgrim at every step while he’s “Takin’ every wrong direction on his lonely way back home.”

The title of the song seems a play on the Christian allegory The Pilgrim’s Progress, Kristofferson’s implication being that this guy measures progress in a much different way than the pious. Why he decided that this particular snapshot was “Chapter 33,” well there’s some mystery for you. As for the identity of “The Pilgrim,” it matters not, because Kristofferson’s portrait of him is resonant enough that we know his triumph and heartbreak by song’s end, even if we don’t know his name. 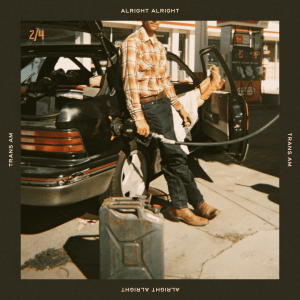 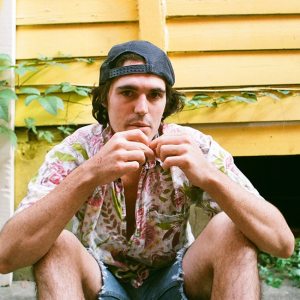