There’s an adage that says you should write what you know. So it’s understandable that rock and roll songwriters have tried to make sense in song out of their nomadic existence pretty much since the dawn of the genre. The “road song” really came into vogue once managers and promoters realized just how lucrative it could be for a band or artist to endlessly tour the country or the world, stringing out performers to the point that the supposed glamour of the rock-and-roll lifestyle was replaced by routine and drudgery similar to what any office drone might encounter.

The best road songs capture the strange contrast between an artist drinking in the adoration of thousands of fans night after night and feeling utterly alone once the music stops. Bands have taken different approaches to this subject matter, from journalistic (“Lodi” by Creedence Clearwater Revival) to surreal (“Moonlight Mile” by The Rolling Stones) to sentimental (“Faithfully” by Journey.) But perhaps no song has ever captured the life of a traveling musician with such bone-chilling accuracy as Bob Seger’s “Turn The Page.”

Seger began working on the song in 1972, but it wasn’t complete until a touring pit stop provided the entire second verse. As Tom Weschler, road manager for the Silver Bullet Band remembered in Travelin Man: On The Road And Behind The Scenes With Bob Seger, which he co-wrote with Gary Graff: “I think we were in Dubuque, Iowa, in winter and stopped at a restaurant. We stood out when we entered a store or a gas station or a restaurant en masse. At this restaurant it was particularly bright inside, so there weren’t any dark corners to hide in. All these local guys were looking at us like, ‘What are these guys? Is that a woman or a man?’ — just like in the song.”

Seger penned the lines, “Most times you can’t hear ‘em talk, other times you can/ All the same old clichés, ‘Is that a woman or a man?’” to commemorate the humiliating experience. “And you feel the eyes upon you as you’re shaking off the cold/ You pretend it doesn’t bother you but you just want to explode,” he sings, the simmering tension dripping from his voice. He also explains that there’s no recourse for the persecuted in this situation: “And you always seem outnumbered, you don’t dare make a stand.”

Before we reach that point of the song, Seger puts us on a tour bus in the middle of nowhere with nothing but road and time in front of our heroes. “You can think about the woman, or the girl you knew the night before,” he sings, suggesting that the idleness of the lifestyle breeds infidelity. In the final verse, he relates the on-stage experience, but none of the glory comes through, just the effort and isolation: “Out there in the spotlight you’re a million miles away/ Every ounce of energy you try to give away/ As the sweat pours out your body like the music that you play.” The narrator is left alone in his hotel room, preparing to go through it all again the next night, to “turn the page.”

The song needed an instrumental hook to capture the haunted tone of the lyrics, which is where saxophonist Alto Reed came in, with an assist from Weschler. Reed explained in a YouTube interview how he decided what to play: “Tom Weschler said,’ You know, Alto, picture a black and white movie, The Man With The Golden Arm, late at night, rain on the street in the alley, you’re standing beneath a streetlamp, there’s a light mist coming down. What does that sound like? You hear a plaintive wail in the distance. What does that sound like?” Reed responded with one of the most iconic sax riffs in rock and roll history.

It’s somehow fitting that perhaps the preeminent song about life on the road didn’t really come to full fruition until it was rendered live. The studio version of the song, released by Seger in 1973 on Back In ’72, ambles along but doesn’t really catch fire. But on 1976’s Live Bullet, which stood tall in a great era for live rock albums that included Frampton Comes Alive and Cheap Trick At Budokan, the Silver Bullet Band sinks into a sultry groove, Reed’s saxophone pierces the air, and Seger sings the stuffing out of the song, especially in the final chorus when he trades in his weariness and wariness for defiance and triumph.

Countless road songs have come and gone since that definitive performance four decades ago, and, in truth, they’re mostly playing for second. Not even Metallica’s scorching cover of the song in 1999 matches the power of the Silver Bullet Band’s live take. With “Turn The Page,” Bob Seger not only put us inside the shoes of a rock star, he made us wonder whether those shoes are worth inhabiting. 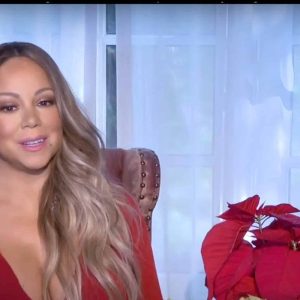 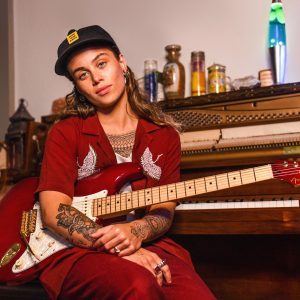