Musician and writer, Mickey Leigh, is a walking library. Leigh, who is the younger brother of famed Ramones front man, Joey Ramone, grew up steeped in music. Rock ‘n’ roll would play on the radio during breakfast. Leigh and his brother bonded over the Beatles and other prominent bands during their childhood together in the 1960s. Later, though, Leigh, living in New York City, would undergo a wild drug bust and see firsthand the oddities that come when dealing with the FBI and DEA. Most importantly, though, Leigh saw that there are two systems of justice, one for those who have money and one for those who don’t. And this is the subject of the artist’s recent single (and music video), “Two Kinds Of Law.”

In 1992, Leigh was arrested for selling a small amount of hash and for conspiring to sell more. The charges, he said, were trumped up in an attempt to flip him to potentially arrest some bigger dealers in the city by wearing a wire (“It was like trying to catch a shark with a minnow,” he says). Leigh, an artist and musician, didn’t have much to offer the police. So, they badgered him, tried to scare him. Smartly, despite having no money for a lawyer, he took his chances and ended up only with two years probation for the pot.

“I wanted to go to trial,” Leigh says. “But I couldn’t afford it. They were just trying to scare the shit out of me.”

The experience had a profound effect on Leigh, which crystallized when he remembered a line from the movie, In Cold Blood, and the Truman Capote book on which it’s based. Then, after his arrest, Leigh started a band with a friend, Richard Manitoba, who also liked the idea for a song. But, the track never materialized until this year. Propelled by COVID-19 unrest and protests all over the world, Leigh decided to complete the song and release a video to commemorate it.

“Because of what’s been going on the last couple of months,” he says, “I’ve felt compelled to get that message out. After all those years when I couldn’t come up with anything, then boom it came out.”

As a boy, Leigh began making music at around 10-years-old. In school, his fifth-grade teacher asked the class to write an essay about what they each would want if they each had a wish. Leigh wrote about the school blowing up (no one would get hurt, he said) so they could go home and be with their families. His teacher didn’t get the fun, so she called in Leigh’s mother and said he needed a hobby. Eventually, he got a guitar and started making music. About a year later, he played his first “tour” around school, strumming “House of the Rising Sun.”

“After that,” Leigh says, “I was hooked.

Leigh recorded his first songs at 12-years-old. Joey had heard him practicing and took him to a recording studio where Leigh and his young band cut two songs (“Produced by Joey Ramone,” he says). Later, as the Ramones were first rounding into shape, Leigh took on the role of road manager for the group but soon quit around 1977. He wanted to play music again. So, Joey introduced Leigh to the famed music writer, Lester Bangs, in the legendary CBGB club one day and the two hit it off over a shared favorite record, Jazz Abstractions, by Gunther Schuller.

Lester and Leigh recorded nine songs one night in the famed Electric Lady Land Studio after a friend snuck them in. Leigh had lost the recordings of that session until 1986. When he put out the LP, Birdland with Lester Bangs, in 1986, four years after Bangs’ death, Creem Magazine said it was the best rock ‘n’ roll album of the year, beating out Thelonious Monk and Bruce Springsteen. But, more than any particular session, the reason the music was so strong was because Leigh had studied it and absorbed it since he was a young boy with his now-infamous older brother. The boys’ parents divorced at a young age, but it was rock ‘n’ roll that helped keep them bonded.

“After the divorce, we moved,” Leigh says. “One thing sticks out in my mind. My brother and I shared a room and there was this alley outside our window where these older guys, these teenagers, would hang out. They liked that spot because the sound bounced off the walls. And they were singing doo-wop songs. My brother and I would listen and we’d say, ‘Wow, that’s really cool. Someday maybe we’ll do that.’”

When his brother passed away in 2001, Leigh says, his life changed dramatically. To help process the events and the difficulty, he wrote a memoir (I Slept With Joey Ramone), which took over seven years to complete. Re-examining one’s entire life – especially in the wake of significant family loss – can be a benefit and a curse when looking back on some difficult times in one’s life, like seeing your parents fight or the time you cracked your skull on a pole in the basement. Nevertheless, a rich life is a worthwhile life, even if it can be hard at times to stare at it in the face.

“It’s like there’s a wall of ice in between you and those memories,” Leigh says. “I had to take a pick-ax and chip away at it until I could finally access those places. Then if you step away for a few days, that wall reforms and freezes.” 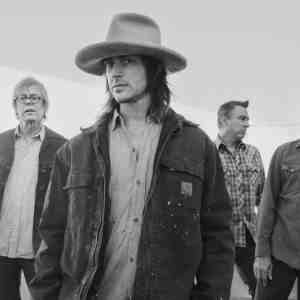 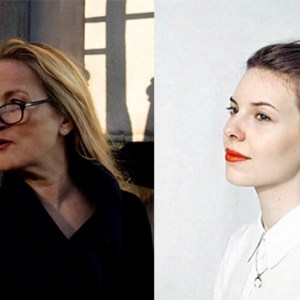