Author Louisa Young compares alcohol to a Ponzi scheme. “You think, ‘I’m really onto something here!’” she says, before shaking her head.

She mentions this before a live reading from her memoir, You Left Early, about her relationship with a beguiling alcoholic composer. Her writing is deeply empathic, and she acknowledges not just how useful effective alcohol can be at lowering inhibitions and sparking creativity, but how central the drug is to British culture.

“Literally, in the navy –– I think they stopped doing it in the 1970s, certainly when my dad was in the navy –– you’d get a shot of rum every morning at eleven o’clock!”

In the newest episode of SongWriter, Louisa reads a chapter of the book about the early days of her relationship, and songwriter Miranda Joy writes a brand new song in response. Louisa describes an evening listening to Chopin, and hearing elements of the music that she had never recognized before.

Miranda Joy was struck by the overwhelming sadness of the story. She wrote “Carry You Around,” about the burden that love places on us. She told me that she almost never writes happy songs, because she doesn’t need to think about those emotions.

“Whereas when you feel an uncomfortable emotion, it’s like you want to get it out in some way, and you want to understand it and unpick it to make yourself feel better.”

Miranda performs the song live, in the clocktower of St. Pancras Station in London.

Ben Arthur is the creator of SongWriter, which features performances by Joyce Carol Oates, Ted Leo, Roxane Gay, Susan Orlean, Sarah Jaffe, and Jonathan Lethem. You can hear Ben’s own songwriting on his new release, “You’re the Only One (Who Breaks My Heart).” 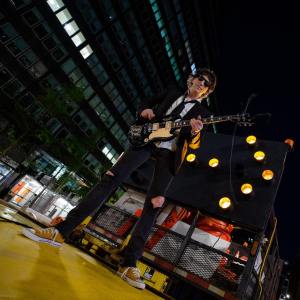 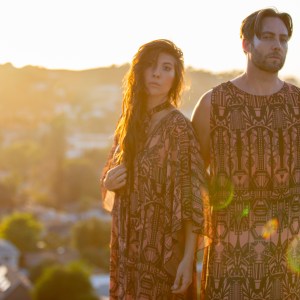