Tyler Bryant moved to Nashville as a teenager, with one goal- to become a songwriter. But with a vast spectrum of style and a genre-blurring nature to his material, he couldn’t get anyone to cut his songs, even with a Sony publishing deal in hand. But that misfortune on Music Row ended up steering him to an even better fate.

Tyler Bryant & the Shakedown are now a staple in Nashville music communities with their intersection of rock, blues, and country. Their fourth full-length, Pressure is coming October 16 by way of Snakefarm Records.  The idea at first, was to record and EP during quarantine, but when Bryant and the Shakedown got together, the songs just poured out of them and they spent a month in Tyler’s Nashville home-studio, only leaving to grab provisions at the local grocery store. Pressure, ended up being a record that was diverse as it was fluid, born from spontaneous jam sessions and no-agenda writing.

Songs like, “Crazy Days” the first single from the record, pulls listeners by their shirt collars, with only one request- remember the old, crazy days before the world changed, while offering an escape for a few minutes into a world where live music, friends and having a beer by a fire pit were ritual. Tyler wrote it during the Nashville lockdowns as an outlet for himself and recruited his wife Rebecca Lovell, also singer of Larkin Poe to help with background vocals. When they shared a rough demo of the song, with only the intent to provide some comfort to people, it became the catalyst for the rest of the record.

“That song came at the start of lockdown and I kind of though maybe we’d be inside for a week and then things would go back to normal,” Bryant told American Songwriter. “But I sat down and wrote that song and made a little demo and asked my wife if she’d sing background on it and I posted a video of it cause I thought maybe it’d make someone else feel good like it did me. And my management and the label heard it and said, ‘hey just make a record’ and I was like ‘yea!’”

The relaxed attitude on the record paired with recording at home, gave the band a clear path to do whatever they felt, never thinking too much, or planning out of the record.  The second track on Pressure, “Hitchhiker” was one instance where Bryant and his bandmates had to really perform outside of their norms, without a bass player. “I just ordered a bass and assumed I was going to play it,” Bryant said. “There wasn’t a lot of planning that went into this project”

Even without much foresight, Bryant wrangled some amazing guest features on the album, some of which he really had muster up some courage for.  “Holdin’ My Breath,” a dynamic track fusing, blues, slide guitar and rock with an electronic, pop-like intro, featuring Charlie Starr of Blackberry Smoke was an unexpected, but dream-like collab for Bryant.

“I love Blackberry Smoke,” Bryant said. “Whenever I’m at home I listen to their records a lot. And I kind of had to round up my courage one night to text him about playing, like ’no pressure you can say no,’ but he wrote back and said, ‘he’d be honored’. I liked the song as it was but after he came in, he just elevated it and then I really liked it. And it’s just great to work with really talented, but also really nice people.”

Working outside of the grey area of rock, blues and country is the ballad, “Like The Old Me.” Inspired by the sounds of a recently acquired resonator guitar, Bryant wrote the melancholy, retrospective song in under an hour.

“I got a resonator guitar and just felt inspired by it,” he said. “I picked it up and one of the first things I started playing was that song. And thirty minutes later it was there. It’s just showing up and being open to whatever could happen.”

Bryant’s interest in unique gear, like resonator guitars, developed just after he came to Nashville, when he realized he was spending way too much money on demos. In a last ditch effort to make his dreams flex more efficiently, he spent the last bit of savings he had on some basic recording gear, which has now grown to be on-par with anything  found in a traditional studio.

“I invested and took the little bit I had and got some gear and learned to do things myself,” Bryant explained. “This is the third record we really did on our own without going into a studio. Now it is to the point where I can make records with other artists. I live to just be in my studio writing music.”

Bryant’s impressive studio has allowed him to record and engineer, Larkin Poe’s latest album, Self Made Man and recording is definitely keeping him busy while being off the road. “I’m just trying to keep it flowing as much as I can,” he said.

Bryant’s described flow is the epitome and essence of Pressure, and it also serves to defy the nay-sayer, A&R folks in Nashville, who told him he had to pick one genre and fit into it.

“I’m always the guy who goes from listening to Soundgarden to Muddy Waters,” Bryant said. “I don’t like being put into a box. So, with the Shakedown it’s always been a melting pot of the music we love. I guess we’re just trying to make our own rules and make our own box.”

Pressure is out everywhere October 16 and you can pre-save it here. The record is available on all formats, digital, CD and a special crimson-red vinyl.  Escape 2020 for a few minutes while watching the video for “Crazy Days” here on American Songwriter. 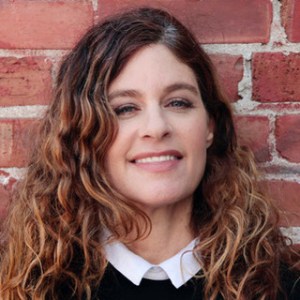