‘Where You Lead’ is one of those instantly recognizable TV tunes — a soundtrack to one of the the most memorable mother-daughter relationships on the small screen. For Louise Goffin, who performed the song with her mother Carole King, the Gilmore Girls’ theme song celebrates her own family bond and the life she’s lived too. “For me, it’s one of those great reminders and worthy lessons to my younger self: that while we go into life with expectations, both seemingly too big and too small, the unexpected often happens when you’re least trying,” Goffin tells American Songwriter.

She recalls receiving the phone-call from her mother to sing on the pilot, well before it introduced the world to the quick-talking Lorelai Gilmore and her booksmart daughter Rory on October 5, 2000. Set in a storybook Connecticut town, populated by an eclectic mix of folks, the show, created by Amy Sherman-Palladino and starring Lauren Graham and Alexis Bledel, found a devoted audience over its 7 seasons. “[It] felt so random that day, and yet an afternoon spent in my home studio, singing with my own mom in my once-laundry room (turned vocal booth) somehow found it’s way to the best of company, and another mother-daughter relationship that inspired generations!” says Goffin. “I had little to do with any of it, yet I was called to the task and I said yes. I am deeply grateful for the opportunity and the joy it’s brought me and so many.”

Goffin remembers the time well, as her first son was at pre-crawling age and she was in the kitchen of the place they’d moved into right before he was born. “My son was on a sheet-covered round carpet, on his back looking up, reaching for a ball. The landline phone rang. My mom explained that this was a pilot for a show a friend of hers had written about a mother and a daughter, and did I want to sing on it with her? She told me then it was a long shot that anything could happen with it because pilots have little certainty of getting picked up,” Goffin says.

She pitched her soon-to-be-husband at the time to produce it and they all met at her old house, the one they had just moved out of, where recording gear was set up in her former bedroom, and microphones throughout the main room and in the laundry room, which became an isolation booth. “I remember it sounding great on playback and I was happy Greg Wells produced it. At the time, we had been recording ‘Sometimes A Circle,’ for Dreamworks, which I was signed to at the time, in the same house, so the vibe and flow were already there. There

was a discussion about which verse, lyrically, we were going to sing and settled on

verse two: ‘If you’re out on the road…’” The rest of the lyrics are very familiar to fans of the show, which ran the course of 153 episodes and became one of Time Magazine’s 100 greatest television shows of all time.

Goffin and King performed the song a few times together, once at the Greek Theatre and

at Hyde Park, in the British Summer Time Tapestry show. “I’ve played it live solo quite a few times and the crowd always loves it,” says Goffin. The song’s popularity really hit home for her 13 years later, when she hired a singer to come to her house to sing backing vocals

on one of her father, lyricist Gerald Goffin’s songs. “I had met her at an ASCAP mixer — Sofia Sarkisian (she goes by “Hoops”), who was then in her twenties and I remember us standing at my dining room table and somehow it slipped out that I had sung on the Gilmore Girls theme. She was like, ‘WHAT??!! DUDE! DO YOU HAVE ANY IDEA HOW FAMOUS THAT IS??’ She then went on to say ‘give me your phone, you have to Tweet that shit right now. You don’t understand. My entire generation grew up watching that show and hearing that theme throughout our childhoods. That is the most famous thing you’ve ever done!’”

She made a cameo in the four-chapter miniseries version of the Gilmore Girls in 2016, in the Winter portion. “The day I went to the Warner Bros lot to film my cameo is a wonderful memory. Walking onto the lot, going to the make-up trailer, seeing Liza Weil [who played Paris] and Alexis Bledel wandering around. The wardrobe team was amazing…I wanted to take home the prop coat I wore for winter, even though we were in Burbank and it was a Los Angeles early spring,” says the singer.

Goffin says being on the Stars Hollow set felt like she was in Disneyland. “It was so realistic with fake snow on the ground and little shops with prop groceries inside. Nothing, however, was as impressive as Amy Sherman-Palladino. When she directed, she made it easy to be authentic. Her idea for Grant to be chasing me zigzagging down the street while we were yelling our lines running, added comedy to it. It made me want to do comedy acting, it she made it look so easy. This was before The Marvelous Mrs. Maisel came out. She’s a badass in every way.”

Goffin considers her mother the original badass. “If something feels insurmountable to her, before she’ll pass up an opportunity, she goes to school on it and learns how to do it. She’s

intellectual. Both my parents were,” she says. As the creative director of The Goffin & King Foundation, Goffin also works to preserve the legacy of her mother and father, who passed away in 2014, through providing educational opportunities for songwriters, performers, and musicians. “They both were always sensitive to civil freedoms. They were more about the good of the world than their own selfish needs. Both were humanitarians and civil rights advocates. My mom, to this day, writes letters and reaches out personally to senators,” she says. “I remember as an eight-year-old going on a peace march in San Francisco with my mom and dad and sister. They were both big picture people. My mom has been a champion of me doing my own music throughout my life.”.

Her own career has been rich — as both a Grammy-nominated producer and songwriter. Goffin says she learnt by osmosis from her parents. “My mom is also is full of wisdom handed down from her mother,” she says. “Phrases like ‘consider the source’ when someone tells you something that doesn’t serve you, or ‘carry on’ whenever there would be a hiccup or obstacle. We talk often and we both struggle with balancing what is in our power to do and what is beyond our control and unworthy of losing sleep over. We try to have impact in even small ways that might make one tiny part of the world a little easier for someone.”

Goffin’s most recent album Two Different Movies, which features a hand-drawn portrait of her by Joni Mitchell as cover, is full of songs that are meaningful to her — just like ‘Where You Lead.’ 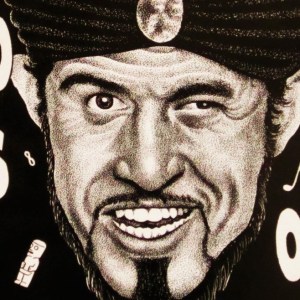 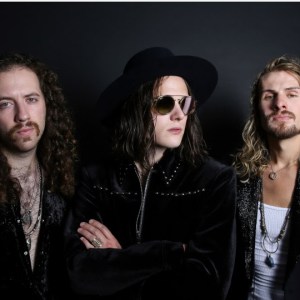