When registrants picked up their badges for AmericanaFest 2019, the Americana Music Association’s 20th annual conference and festival, they were handed a button with a number reflecting how many years they’d attended. Some were first-timers. Others received 5, 10, 15 or 20-year pins. Even five-year participants have seen some significant changes, but those earning buttons in the upper double digits have watched the event —and the organization — metamorphose as much as the city in which it’s been held since a year after the AMA’s 1999 birth.

Headquarters hotel the Westin Nashville didn’t even exist then (nor did room rates requiring four-digit investments for a few nights’ stay, making it far too expensive for many conference registrants.) the Americana Music Honors & Awards, first held in 2002, moved from a hotel ballroom to the Ryman Auditorium in 2005, but until a few years ago, the ticket was included with registration. That year, the Americana Music Conference showcases took place in four venues. The gig guide was printed on a single 6-by-8-inch sheet of heavy paper, folded lengthwise to create four pages, with listings on the inside two — and room to spare.

The gathering grew to four days in 2007, according to a timeline published in this year’s program, and was officially called the Americana Music Festival & Conference for the first time. Back then, and for years afterward, nightly showcases were held in five venues. It expanded to six days in 2013, and doubled the number of showcasing venues to 10. By the time the name changed to AmericanaFest in 2015, the day parties took up several pages of the 44-page guide. The 2019 gig guide didn’t even bother with page numbers (but had 60, cover to cover, down from 64 last year), with an average of 15 showcasing venues per night.

“We had more venues than we’ve ever had before. We had 70 venues this year, across the town,” said executive director Jed Hilly on Sunday night, standing outside of 3rd & Lindsley just before announcing the festival’s final artist: Brandy Clark. That included daytime parties and performances at spots all around Nashville, including East Nashville. “There were a lot of places to gather,” he added.

One could argue that it’s become too many; one of the wonderful aspects of those earlier years was the intimacy — and the ease of running into familiar faces or making new connections. This year, it was possible to pick up a conference badge at the Westin and spend the rest of the week attending events without returning there.

Just the WMOT day stage at the War Memorial Auditorium and slate of discussions and performances at the Country Music Hall of Fame & Museum were enough to keep one informed and entertained each day, but they were hardly the only options. Staying on top of all the book readings, art exhibits, screenings and appearances — not to mention panels — is now a herculean task; attending even a portion of them is an exercise in strategic planning. (This year, some events, such as showcases at Jack White’s Third Man Records, were kept so deep on the down-low, not even media were informed about them.) But Hilly said 400 artists presented nearly 1,000 performances; with rising stars and legends popping up everywhere, it was easy to catch them making magic.

From a week full of highlights, here are just a few:

Wednesday
The 18th annual Americana Music Honors & Awards – emcees the Milk Carton Kids did an admirable job of reeling off jokes — and presenting a sterling homage to President’s Award honorees Felice & Boudleaux Bryant with their rendering of the Everly Brothers’ “Sleepless Nights,” one of many Bryant songs the Everlys turned into classics. A night overflowing with talent and touching moments included Bonnie Raitt and John Prine singing “Angel From Montgomery”; Artist of the Year winner Brandi Carlile singing “The Mother,” her ode to first-born daughter Evangeline; Carlile reprising her recorded duet with Prine on his Song of the Year-winning “Summer’s End”; Raitt’s presenting the Trailblazer Award to her friend Maria Muldaur, and Muldaur’s kick-ass version of Leiber & Stoller’s “I’m a Woman”; Emerging Act of the Year winner the War & Treaty’s performance and acceptance speech, in which they discussed the toll PTSD takes on vets and their families; Elvis Costello’s Lifetime Achievement Award for Songwriting acceptance speech, and his segue from the heavy “Red Cotton” into a rockin’, energized “Blame it on Cain” with Jim Lauderdale, Buddy Miller, the McCrary Sisters and the rest of the stellar house band; and performances by Yola, Our Native Daughters, the War and Treaty, Rhiannon Giddens with Francesco Turrisi, Ruston Kelly, I’m With Her,  Mavis Staples … even the all-hands-on-deck finale, “I’ll Fly Away,” was dynamic. And though it seemed out of place, Joe Henry’s and Rodney Crowell’s duet on “Girl From the North Country,” as a 50th-anniversary homage to Bob Dylan’s Nashville Skyline, was quite lovely. (PBS show Austin City Limits will air award highlights on Nov. 23.)

Tanya Tucker – Tucker’s post-awards performance at 3rd & Lindsley was too much fun — especially because she was accompanied not only by her daughter, Presley, but by Brandi Carlile and musical partners Tim and Phil Hanseroth (the latter is also her brother-in-law). Carlile coproduced While I’m Livin’, Tucker’s first album in 17 years, with Shooter Jennings, and wrote most of the album’s songs with the Hanseroth twins — and played her first Nashville gig with them at that very club.

“I really think this girl’s the best there is,” Tucker said. Then she cracked, “Barbra Streisand may be pissed at me!”

“You gave me my voice, and we’re here for you,” Carlile said. Later, they duetted on Tucker’s “San Antonio Stroll,” and Carlile confessed, “That was my very first song I sang onstage, when I was 8 years old.” Turning to her mother, who was hanging out near the stage, she said, “Mom, are you freakin’ out right now?” Then she brought her mom, Teresa, onstage, and two generations of Carliles and Tuckers sang Tanya’s “It’s a Little Too Late” and “Amazing Grace,” which segued into “Delta Dawn.”

Thursday
John C. Reilly and Andrew Bird — Actor and musician Reilly, who presented the Album of the Year award to Prine the night before, played Concord/Rounder Records’ afternoon party at the Ainsworth with fiddler/guitarist/singer/whistler Bird and Bird’s frequent collaborator, Alan Hampton. Their engaging set was punctuated by Reilly’s humorous observations (and at one point, spoon playing). Tuning a vintage guitar he’d purchased while filming Robert Altman’s Prairie Home Companion (he played Lefty), and wearing a hat, suspenders and rolled short sleeves, the throwback troubadour said used guitars seem to him like orphans in need of homes, and buying new ones feels like buying from puppy mills.

“There’s so many good guitars just waiting for you,” he explained. They also played some vintage tunes, including “Russian Lullaby,” “When the World’s on Fire” and the hymn “Leave it There.”

The California Country Show — Over at Acme Feed & Seed, Americana’s spiritual father, Gram Parsons, was invoked by Jim Lauderdale, Jaime Wyatt and other keepers of the Cali country flame.

Liz Brasher, Katie Pruitt, Bonnie Bishop, Foy Vance — Memphis soul singer and guitarist Brasher drew plenty of fans to the Mercy Lounge, including guitarist/producer Charlie Sexton, aka Bob Dylan’s guitarist, for a powerful set that made it clear she’s one to watch. At the Highwatt, Katie Pruitt offered quieter, yet still affecting, musings. Downstairs at the Cannery, Texan Bonnie Bishop, who spent formative years singing in Memphis, brought her own form of sultry soul, then joined Foy Vance on backing vocals (along with Susan Marshall and two others). Alternating between electric piano and guitar, the Northern Ireland native practically tore the roof off the building. With a voice steeped in a lot of soul and some deep sorrow, he sings gut-wrenching, heart-grabbing songs that make it clear why Bonnie Raitt, Ed Sheeran, Miranda Lambert and Kacey Musgraves have clamored to work with him (Sheeran even signed Vance to his Gingerbread Records label). He brought out another superstar, Keith Urban, to accompany him on “Burdon.”

“I didn’t know I needed this guy in my life until I met him,” said Vance. “And now that I met him, I can’t fuckin’ do without him.”

In music cities like Nashville, you just never know who might walk out onstage. Or who can command it all alone, as Steve Poltz did at City Winery.

Texas Tornado: Tribute to Doug Sahm — Some of Texas’ finest gathered at the Country Music Hall of Fame & Museum to celebrate another spiritual father of Americana, Doug Sahm — a key figure in crafting the Tex-Mex sound in the Sir Douglas Quintet and Texas Tornados. His look-alike son, Shawn Sahm, participated in a panel discussion with writer and record executive Bill Bentley, artist Kerry Awn, guitarist and producer Charlie Sexton, all of whom recalled the days when Austin was a groover’s paradise and a creative haven for country’s burgeoning outlaw scene (as depicted in the museum exhibit, “Outlaws & Armadillos: Country’s Roaring ‘70s”). After relating priceless stories, including some about hanging out together as kids at the Soap Creek Saloon — aka the Sahm Family Daycare Center, where players smoked weed onstage and the Guacamole Queen fed everybody — Sahm and Sexton picked up guitars and called out the house band: fiddler Bobby Flores, drummer Freddie “Steady” Krc, keyboardist John Jorgenson, bassist Neal Walker and accordionist Michael Guerra. Then they started calling out singers: Kimmie Rhodes, Rodney Crowell, Kelly Willis, Delbert McClinton and a couple of honorary Texans — Sahm’s pal Tom Kenny (the voice of SpongeBob SquarePants) and Canadian-born New Zealand resident Tami Neilson. Of course, everybody joined in for the finale, “She’s About a Mover” — a joyous rave-up that sounds as good today as it did coming out of AM radios in 1965.

Jaimee Harris — In her first official AmericanaFest showcase, rising singer-songwriter Harris sang about being in love, aired her demons in songs about depression and substance abuse, and generally walked it liked she talked it, expressing her views about socio-political issues during a week in which it seemed not enough people were.

Noting she visited a Tulsa women’s recovery center after celebrating the Woody Guthrie Center’s sixth anniversary in April, Harris said, “I really feel that we have a problem in this country with locking addicts up instead of helping ‘em. I think that’s bullshit.”

Surrounded by a tight band of musical friends including her former Austin roommate, Jane Ellen Bryant, Harris truly invoked Woody’s spirit — and that of her mentor, the late Jimmy LaFave — as she sang “Snow White Knuckles” and other deeply affecting tunes from her Red Rescue album, plus new ones not yet recorded. Now living in Nashville, the Waco, Texas, native is definitely one to watch.

Brandy Clark — Clark, a 2015 Best New Artist Grammy nominee, has had her songs recorded by country’s biggest stars, from Miranda Lambert and the Band Perry to Kacey Musgraves, with whom she’s collaborated frequently (along with Shane McAnally). Clark’s songs sound like hits — but they also sound like heartfelt expressions of emotions she understands and experiences she’s lived, which makes them great songs in any genre.

Another one who’s not afraid to say what she thinks, she’s part of a wave of women who just might tear down the walls (i.e., mainstream radio airplay and festival headlining slots) that stand between them and total acceptance. But they’ll always have a home in the Americana world, which is all about artists who turn truth into song. Whether it’s the kind of truth we share, or the kind we feel fortunate not to, it’s the kind that penetrates deep into our hearts and sticks inside our heads.

If it’s tucked into a truly special song, maybe our brain will put it on regular replay — if “She’s About a Mover” ever slides aside, that is. 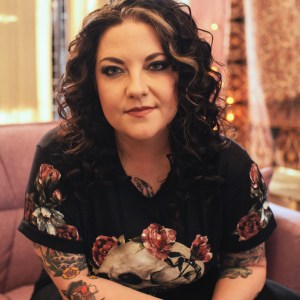