Leah Kate is on a mission to make you move and groove with her funky new EP, Used To This.

“Used To This is a series of bad ideas that led into a very positive story about finally finding something that is right for you and makes you feel good,” the Los Angeles pop phenom says in a statement. “Sonically it’s very funky and retro. It will definitely make you want to dance!”

“‘Used To This’ is about a love interest that set a solid precedent for me, compared to the others that I’ve dated in the past,” she explains. “In a lot of my songs—and something that I think is common in songwriting about an ex or a relationship that is ending—the negatives and all the things that went (or could go) wrong get the spotlight.”

Kate sees “Used To This” as a natural follow-up to the EP’s first two singles—“Bad Idea” and “Fuck Up The Friendship.”

“Even in the lead up to my Used To This EP, my first single was all about how I was nervous jumping into something that was clearly a ‘Bad Idea’ and by the second single I’m saying let’s take the risk, see where it goes, and ‘Fuck Up The Friendship,’” says Kate. “With ‘Used To This’ I’m trying to convey just what the title says—that I could get used to this feeling and getting treated right finally! I’ve had my fair share of toxic relationships—haven’t we all?—and when someone is finally good to you, it’s so refreshing and inspires you to be the best version of you too.”

Musically, Kate wanted the track to have an upbeat, propulsive feel. “I also wanted to keep up with the fun disco vibes—something that’s really taking center stage in pop right now—to get everything in a positive, groovy mood,” she adds.

Last week Kate also shared a vintage-inspired flick for the song, which she shot in LA during the COVID-19 pandemic: “The video captures me in a moment of joy, as I finally find a man who treats me right,” she says. “It’s set in a vintage 1960s world, where I receive a love letter from my man inviting me to join him on the Pacific coast. This was so fun filming, and we did it all safely during the pandemic. I produced this with one of my friends and the director Ari Nissenbaum. We all wore masks and put it together in about two days, it came out really awesome and is probably one of the best videos I have to date.”

Used To This comes after Kate’s 2019 debut EP, Impulse. She co-wrote the title track and “Bad Idea” with Louis Schoorl and Hayley Gene Penner, and co-wrote “Fuck Up The Friendship” with Schoorl and Sophie Simmons. According to Kate’s Spotify playlist “quarantine with me,” she’s spent the last few months bumping Dua Lipa, Charlotte Lawrence, Billie Eilish, Lennon Stella, and others.

“This year has been hard and dark at times,” explains Kate. “We’re all going through it and I wanted music to lift people up, bring them joy, and make them want to dance—even if it means at home!”

Used to This is out now. 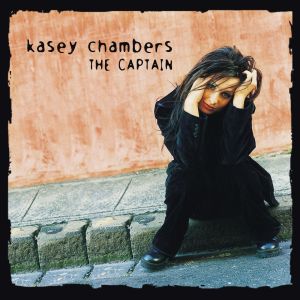 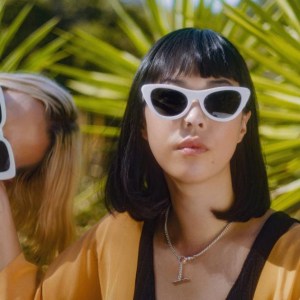